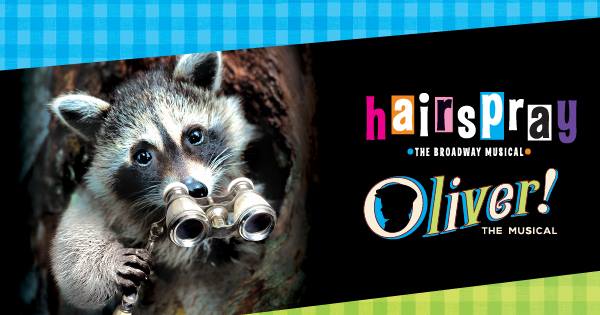 Theatre Under the Stars (TUTS) celebrates 75 years of song-and-dance filled summer nights with Oliver! The Musical and Hairspray – The Broadway Musical, running July 10 – August 22, 2015 at Stanley Park’s picturesque Malkin Bowl. On alternating evenings, audiences will be transported to brisk, fog-strewn 1840s London or jaunty, sweltering 1960s Baltimore, as the cheery, boisterous casts dirty their clothes and tease their beehives for a full summer of open-air theatre.

“This year we present two stories of loveable underdogs and outsiders who find themselves at the centre of big happenings,” says Naveen Kapahi, TUTS Board President. “Our musical selections feel very appropriate for TUTS’ 75th year, which started out as a humble effort to provide entertainment under the auspices of the Vancouver Park Board, but has since grown into one of the city’s most beloved and longstanding traditions.”

Based on Charles Dickens’ iconic novel, Oliver! The Musical follows everyone’s favourite orphan on a dramatic adventure through the underbelly of Victorian London. Lionel Bart’s thoughtful book and witty, sensational score includes favourites such as Food Glorious Food, Consider Yourself, I’d Do Anything, and As Long As He Needs Me.

The production is directed by Shel Piercy, and choreographed by Keri Minty and Shelley Stewart Hunt, with musical direction by Kerry O’Donovan.

Adding even ‘more’ in 2015, audiences arriving at Oliver! will immediately enter into an 1840s Village Country Fair, featuring boisterous sing-a-longs, food stalls, foot-races, a market, and more! Using a system of specialized ‘shillings’ for payment, the Fair promises a fun, immersive experience that is just like stepping into a Dickens novel.

Hairspray, the triumphant musical with huge heart, takes audiences back to 1962 Baltimore, where loveable, larger-than-life heroine Tracy Turnblad has one plucky dream: to dance on the local TV program, The Corny Collins Show.

The production is directed by Sarah Rodgers and features choreography by Julie Tomaino, newly nominated for a 2015 Jessie Award (Outstanding Choreography – Gateway Theatre’s Crazy For You), and musical direction by Christopher King. Hairspray’s book is by Mark O’Donnell and Thomas Meehan, with music by Marc Shaiman, and lyrics by Scott Wittman and Marc Shaiman.

About Theatre Under the Stars (tuts.ca)
For 75 years, Theatre Under the Stars has brought soaring works of musical theatre to the crown jewel of Vancouver – Stanley Park. So much more than just a night at the theatre, TUTS interweaves a kaleidoscope of elements – setting, scenery, concessions, and quality art – into an encompassing experience much greater than the sum of its parts.

July 10 to August 22, 2015
Performances alternate evenings
All shows at 8pm, except on Fireworks Nights, when shows begin at 7pm

#FridayFavourites – what’s happening July 22 – 28 in and around Vancouver