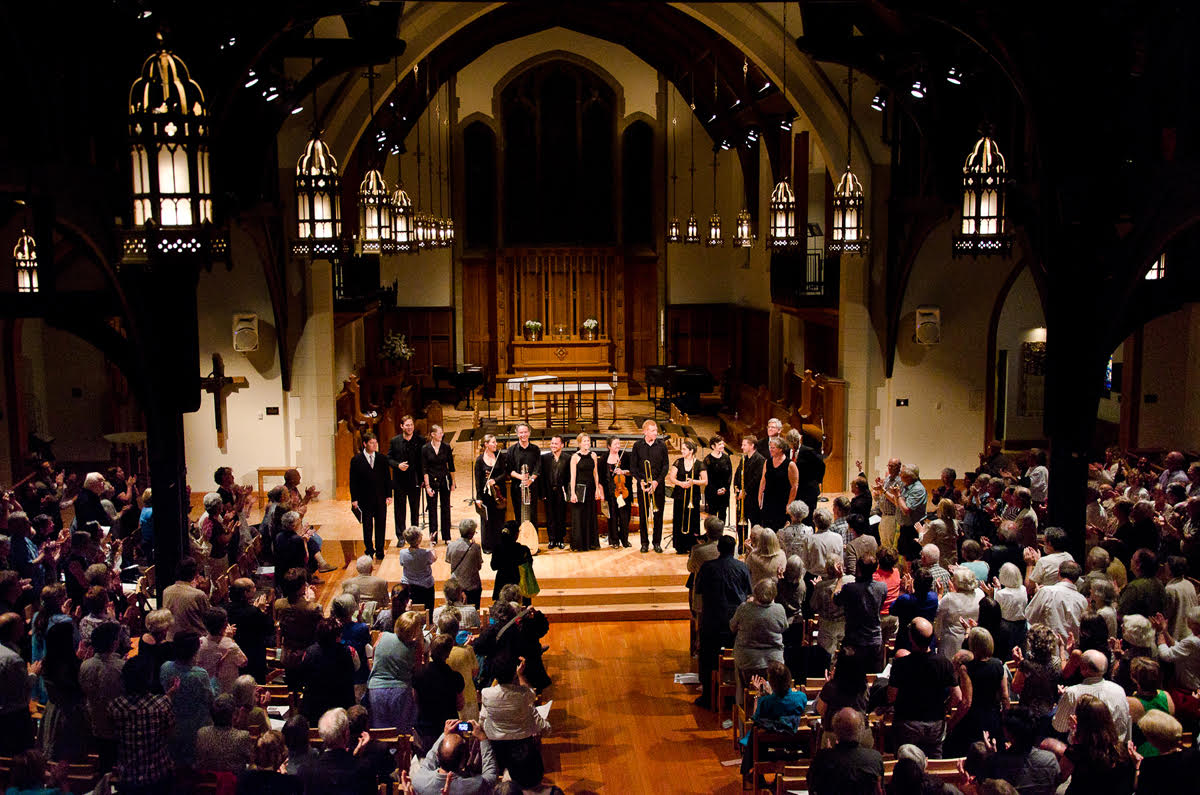 Early Music Vancouver (EMV) announces the headline event of its 2016 Vancouver Bach Festival: the Mass in B Minor on August 5, 7:30pm at the Chan Centre for the Performing Arts. Esteemed conductor Alexander Weimann leads an ensemble of eight internationally-renowned soloists, a professional chorus comprising of some of the finest singers in the region, and Montreal’s Arion Baroque Orchestra on period instruments.

“The Mass in B Minor is an amalgamation of some of the most exquisite music J.S. Bach wrote over the course of his lifetime,” says Matthew White, Executive and Artistic Director of EMV. “It is one of his largest scale works and requires a host of virtuosic vocal and instrumental soloists. To help us achieve such an undertaking, we are collaborating with three other major Canadian classical music organizations – the Ottawa Chamber Music Festival, the Lamèque Baroque Festival in New Brunswick, and the Early Music Society of the Islands in Victoria. This partnership allows us to bring together a “dream team” of vocal soloists from all over the world specializing in Bach’s chamber music, in addition to some of North America’s most respected period wind and brass players.”

Composed by J.S. Bach in Leipzig, Germany in 1749, the Mass in B Minor is considered one of the most extraordinary accomplishments of any composer from any era. Compiled and completed in the year before his death for reasons that are not completely clear, it is widely recognized as a comprehensive and deeply satisfying demonstration of the full range of Bach’s expressive capacities – from evocations of despair and suffering to exuberant expressions of hope and joy. Written for no specific religious function, and never performed in his lifetime, the Mass in B Minor is instructive as an inspirational model of Bach’s technical mastery of harmony and counterpoint.

A distinguishing feature of EMV’s Mass in B Minor presentation will be its use of vocal soloists for many of the ensemble sections that are often performed by large choirs. EMV will, however, incorporate a minimum of three extra supporting professional voices per part for the sections that Maestro Weimann believes still work more effectively with larger forces. This flexible arrangement will offer the widest possible variety of timbres & textures. The ensemble of vocal chamber soloists includes Yulia Van Doren and Shannon Mercer (sopranos), Krisztina Szabo and Laura Pudwell (mezzo-sopranos), Philippe Gagné and Charles Daniels (tenors), as well as Christian Immler and Sumner Thompson (baritones).

These all-star vocalists will be backed by the 26-piece Arion Baroque Orchestra who have been a cornerstone of North America’s early music scene for more than 30 years. With countless accolades, including Juno and Opus Awards, over 25 recordings, and numerous international tours completed, the orchestra is widely respected as Quebec’s pre-eminent period instrument orchestra. Maestro Alexander Weimann, well–known by regional audiences for his work with the Pacific Baroque Orchestra and past EMV summer festivals, will lead these combined forces in what promises to be the highlight of the 2016 Vancouver Bach Festival.

The Mass in B Minor ensemble will complete its cross-Canada tour in Victoria on August 6 at 8pm in a co-presentation between the Early Music Society of the Islands, and Victoria’s Christ Church Cathedral.

Bach’s Mass in B Minor

A conversation with conductor Alexander Weimann and tenor