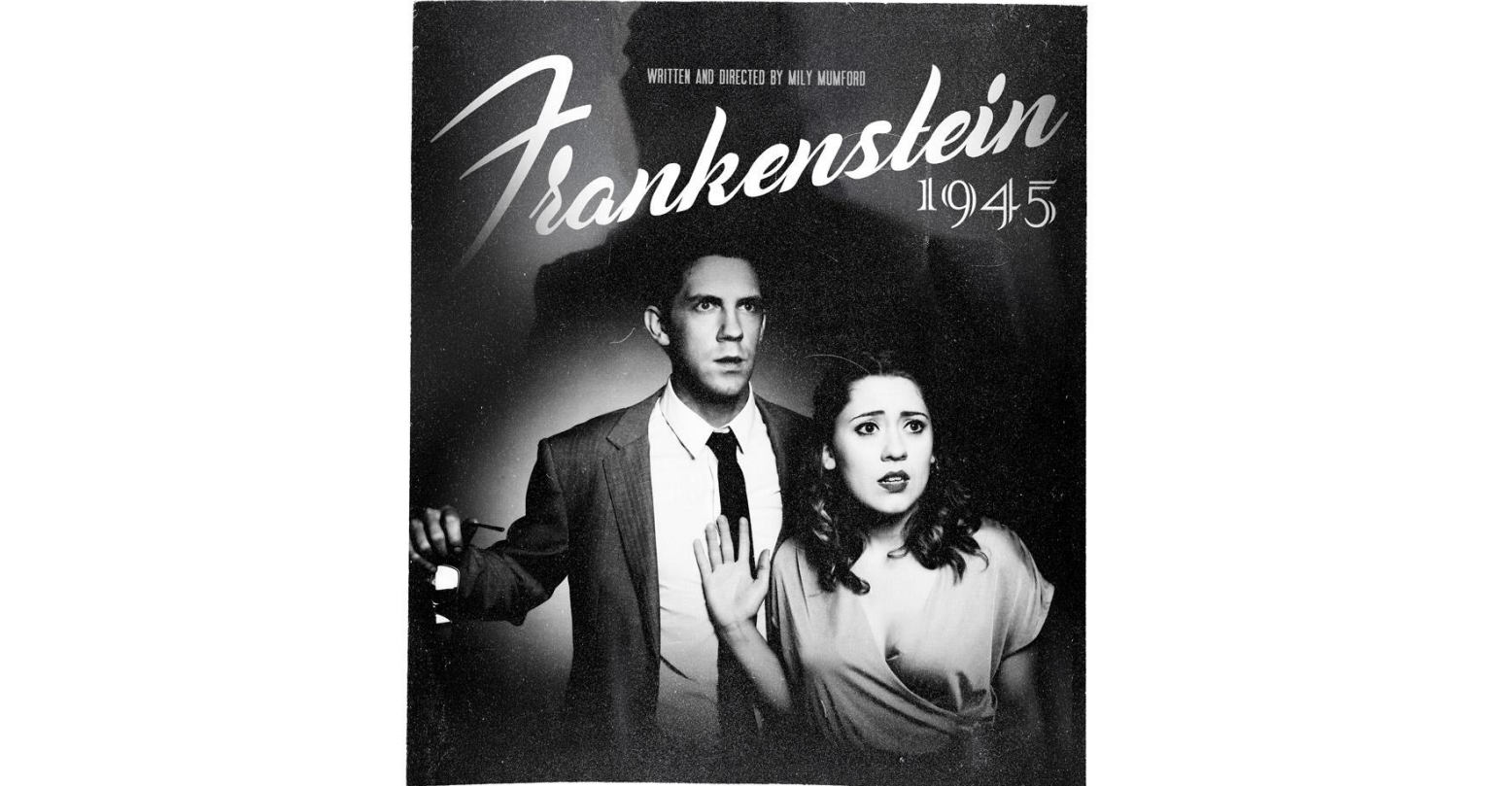 Set in post WW2 Germany, Frankenstein 1945 is a macabre stage noir production. This original story melds the real horrors of medical experimentation in the Nazi prison camps with the classic Frankenstein myth. It follows Dr. Frankenstein played by Gregory Radzimowski, as he works as an intern in a Nazi Prison camp. Under the tutelage of Dr. Herta Oberhauser (Jessica Quartel) he operates unnecessarily on the inmates hoping to advance his field of neurology and eventually bring people back from the dead. After having a change of conscience he leaves the camp. The narrative then turns to his relationship with Elizabeth (Madelyn Osborne), a family friend who pretends to be his cousin to escape being prosecuted as a Jew. With the help of her engineering skills the two of them work together to build a machine to give life to the dead, to use what he learned from  Dr. Herta Oberhauser for the cause of good. Meanwhile two spies (Natalie Davidson and Munish Sharma) are investigating doctors who practiced medicine at internment camps for war crime trials in Nuremberg,

The play is very ambitious as it goes back and forward in time telling 3 different elements of the story at once. This includes many scene changes which were carried out with grace and efficiency even though it was only the preview for the play. The lighting (Daniel Tessy) and sound and production design (CJ McGillivray) were some of the strongest elements in the production. They were so crucial to the tone of the story that they felt like one of the main characters. Anyone who has had the pleasure of watching a performance in Studio 1398 knows what a small and intimate theater it is. With the expert use of light, shadow and sound  the viewer is transported into a dark and sensuous crime drama. At times it felt more like a movie then a play as it replicated the genre so completely.

The script brought up many social issues such as what it would have been like to be a queer career woman in the 1940’s, the desire of people who have lost someone that they love to bring them back from the dead, the ethicacy of creating artificial life and subsequently immortality, and the anguish of being alone and unloved. However, I felt that these important themes could have been more subtly woven into the dialogue. The actors did convey their characters and these issues in a heartfelt and believable way even if their German accents were not always perfect.

This is a haunting and mesmerizing performance that will linger in your thoughts long after you have watched it.

Written and directed by Mily Mumford. Playing at 8:00 PM from October 25-30th and at 2:00 PM on October 29th and 30th at Studio 1398, Granville Island. Tickets at theatrewire.com. Presented in partnership with Theatre Wire. Produced by Nebula Company Theatre.