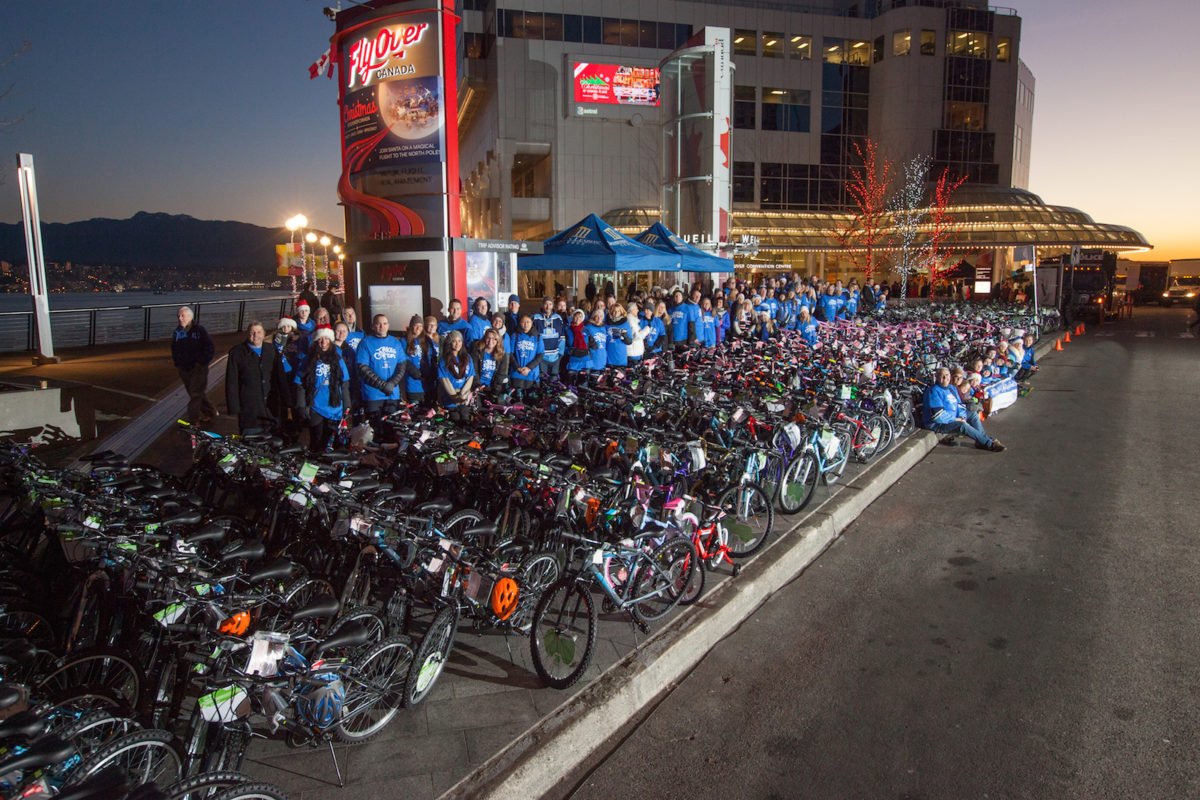 Dominion Lending Centres is proud to announce the return of its flagship philanthropic program for the third annual year, Bikes for Kids, which seeks to provide underprivileged Canadian children with their first bicycles, helmets and locks to celebrate the holiday season. Since 2014, Bikes for Kids has collected more than 2,500 bicycles from generous Canadians and has donated them to different communities coast to coast, and this year, DLC is looking to match the total donations of the past two years with an additional 2,500 bicycles donated.

“Bikes for Kids is one of the most important campaigns that DLC does every year,” says Gary Mauris, President and CEO of Dominion Lending Centres. “Canadians have given us so much support over the past two years that we feel we need to go bigger with our efforts in the hopes of providing every Canadian child with the freedom and responsibility of their own bikes.”

This year, Bikes for Kids will be holding events in seven communities across Canada: Vancouver, Montreal (both December 13th), Toronto, Ottawa, Edmonton, Calgary, and for the first time ever, Regina, Saskatchewan (rest December 8th). Each event will begin at 7:00 AM local time.

Thanks to partners like Wal-Mart Canada, AMJ Campbell, CORUS Entertainment and Runners Crafted Bikes as well as Fire Fighters in cities across Canada, with your donation, bicycles will be delivered to children in need near your community in time for the holiday season.

In order to ensure delivery to kids before Christmas morning, bicycles can be purchased online between now and November 14th, 2016. Donors are encouraged to donate a bike online at www.bikesforkids.com or to drop off a new bike at any DLC location.

Dominion Lending Centres is Canada’s #1 national mortgage company with more than 2,500 Mortgage Professionals spanning the country. Launched in January 2006, DLC quickly grew to fund more than $17 billion in mortgage volume in 2014 – the largest origination volume of any Canadian brokerage. DLC continues to be recognized by PROFIT Magazine as one of Canada’s Fastest-Growing Companies – making the PROFIT HOT 50 list of Emerging Growth Companies (2009 & 2010), PROFIT 200 (2012) and PROFIT 500 (2013 to 2015). DLC and our agents are recognized annually at the CMP Canadian Mortgage Awards – the Oscars of the Canadian mortgage brokering landscape.