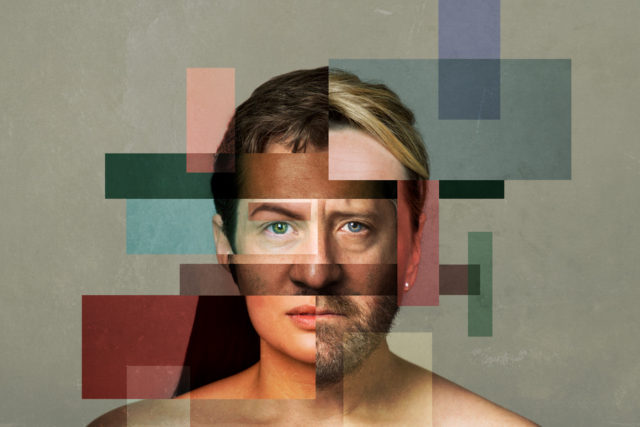 Bard on the Beach Shakespeare Festival continues its 28th season with a provocative interpretation of The Merchant of Venice. Playing on the Howard Family Stage from June 22 to September 16, the production shines a spotlight on themes that are particularly relevant in 2017, including religious prejudice and discrimination and the use and abuse of power.

“The story is set in the present day to allow for an exploration of the contradictions we live with now, and to expose patriarchal colonialism as a most vicious circle we all share today,” explains Director Nigel Shawn Williams. “As always, the story also shows how our lack of understanding for the ‘other’, and our desire for power and currency, can subvert the most precious things we hold dear: love and family.”

NOTE: Bard will hold a public forum on July 10, with an onstage panel that will consider the challenges and opportunities in staging The Merchant of Venice today. The discussion will be moderated by the Globe and Mail’s Western Arts Correspondent, Marsha Lederman.

THE STORY: It’s 2017 in Venice and Bassanio (Charlie Gallant) confides to an older friend, Antonio (Edward Foy), that he is broke. He wants to marry Portia (Olivia Hutt), a wealthy heiress, and hopes to borrow money to properly woo her. Antonio suggests Bassanio approach Shylock (Warren Kimmel), a local moneylender and a Jew, while he (Antonio) will secure the bond. Shylock agrees to a three-month loan, under the condition that if the bond is not repaid on time, Antonio will owe Shylock a pound of his flesh. Meanwhile, at her Belmont home, Portia talks with Nerissa (Luisa Jojic), her chief of staff, about her predicament: she has sworn she will marry the man who succeeds in a high-stakes task ordered by her deceased father. A messenger reports that a suitor from Venice is making his way to Belmont, and Nerissa secretly hopes it is Bassanio. Meanwhile, Shylock’s daughter, Jessica (Carmela Sison), runs away from home with her father’s jewels and money to elope with Lorenzo (Chirag Naik), a Gentile and a man she knows her father would reject.  After failed attempts by two princes, Bassanio arrives with his friend, Gratiano (Kamyar Pazandeh), at Portia’s home and successfully completes the task, thus winning her hand. They soon fall in love and marry. Gratiano and Nerissa also fall in love with each other and get married. Portia and Nerissa give their husbands rings as bonds of their love; the men vow never to give the rings away. Suddenly Lorenzo, Jessica and their friend, Saleria (Adele Noronha), arrive in Belmont with news that Antonio has defaulted on Shylock’s bond. Bassanio and Gratiano immediately set out for Venice with money from Portia to pay back the loan. At the courthouse in Venice, Portia and Nerissa enter the courtroom disguised as Balthazar, a young lawyer, and his clerk. As Balthazar, Portia uncovers loopholes in Shylock’s case and proves he has no legal standing to claim his penalty. Prejudice, the strangle hold of patriarchy, and the impact of one’s choices come face to face, as this story concludes; truths are revealed and all must face the consequences of their actions.

Kate Besworth, Andrew Cownden, Paul Moniz de Sá and Nadeem Phillip round out the cast in this modern-day morality tale.

Performance details for The Merchant of Venice are as follows:

• Previews: June 22 & 23; July 2, 4 & 5; OPENS: Thursday, July 6 at 7:30pm.
• Runs June 22 to September 16 on the Howard Family Stage.
• Plays in repertory with The Two Gentlemen of Verona which begins previews on June 29 and Shylock (by Mark Leiren-Young) which begins previews on September 6.
• Forum: The Merchant of Venice: July 10 at 7:30pm on the Howard Family Stage. Moderated by arts journalist Marsha Lederman.

Tickets for Bard on the Beach’s 28th season are now on sale. Ticket prices for all 2017 regular performances begin at $21. Early booking is recommended for best seat selection, as many performances sell out in advance. The full performance schedule, site information and play and special events details are on the Bard website at bardonthebeach.org. To book tickets, order online through the Bard website or call the Bard Box Office at 604-739-0559 or (toll free) 1-877-739-0559.

Bard on the Beach gratefully acknowledges the sponsors who help to make the season happen, including the 2017 Season Sponsor Goldcorp; Production Sponsors RE/MAX, Visual College of Art and Design of Vancouver, Lonetree Cider and BlueShore Financial; Media Sponsors Global BC and the Vancouver Sun, as well as other valued sponsors and supporters. Bard also thanks the City of Vancouver Cultural Services Department, the Vancouver Foundation, the B.C. Arts Council, the Province of B.C. and the Canada Council for the Arts for their continuing support.

Bard on the Beach is one of Canada’s largest not-for-profit, professional Shakespeare festivals. Established in 1990, Bard is an annual summer festival with a mission to perform, explore and celebrate the genius of William Shakespeare, surrounded by the natural beauty of Vancouver, British Columbia. Play performances run Tuesday through Sunday with matinees on selected weekends and weekdays and a range of concerts and special events on Monday evenings. All evening performances start at 7:30pm.