What Is The Drum Is Calling Festival?

In partnership with Vancouver’s three Host Nations- the Musqueam, Squamish, and Tsleil-Waututh-the City of Vancouver has launched the Canada 150+ anchor event, The Drum Is Calling Festival which will run July 22 – 30 in and around Larwill Park in the heart of downtown. This is a nine-day, immersive festival of Indigenous and diverse arts and culture. 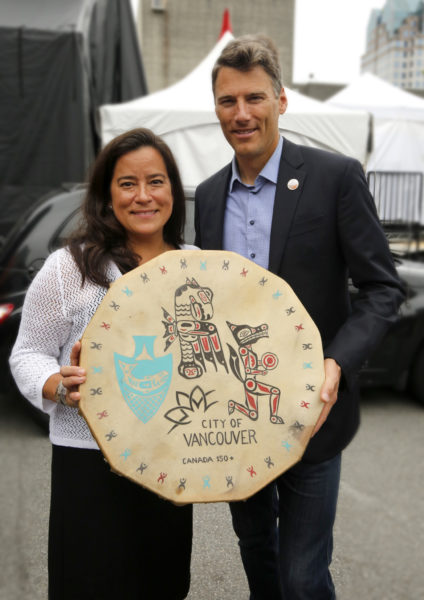 Festivalgoers will have a vast selection of events to enjoy including diverse musical performances, carving exhibitions, dance, sports, workshops, films, fashion, food, and crafts, all organized around a daily theme.  Activities and performances will also take place on adjacent streets and plazas, and at other venues such as Queen Elizabeth Theatre Lobby and QET Plaza, Vancouver Playhouse, and the promenade of the Vancouver Public Library.

All events are free, with a small number of events where advance online registration is requested including: 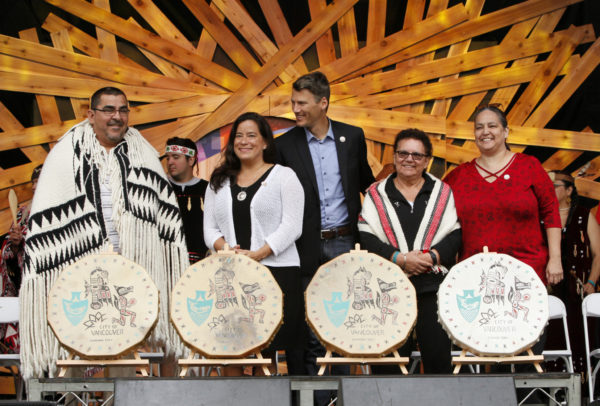 Hands-on workshops and live programming will take place inside the Indigenous housing forms built by the Kanata Festival on Turtle Island.

The inaugural Vancouver Indigenous Fashion Week is the brainchild of former international model Joleen Mitton. The shows will feature the established and emerging artists of Indigenous fashion design and modelling.

While Having Soup is a powerful installation where, over the amount of time it takes to consume a bowl of soup, Indigenous and non-Indigenous Vancouverites will engage in a “three-course” dialogue about charged issues during Canada 150+.

Shaw Communications Inc will present Theatre for Young Audiences show Th’owxiya – The Hungry Feast Dish, by Joseph A. Dandurand, and 3-on-3 Basketball Tournament and skills workshops.

Drums over the Salish Sea will ignite the thunderous power of dancers and drummers from around the world, to be led by renowned percussionist and cultural collaborator Sal Ferraras.

Each day of the festival has a theme that will be reflected in the artistic and cultural programming, starting July 22 with 3-Host Nations, and followed up with Our Elders, Matriarchs, 7 Generations – Youth Presented by Shaw Communications Inc., Warriors, Friendship, Gathering Our Relations, Transformation and closing the festival on July 30 with Intertribal In Action.

The Festival’s main venue is Larwill Park which features a festival zone with a mainstage, community stage and cooking stage (presented by cities changing diabetes), food vendors, artisans, exhibits and more. Activities and performances will also take place on adjacent streets and plazas, and at other venues such as the Queen Elizabeth Theatre and Vancouver Playhouse.

Events are free, however some individual events may require advance registration. For more information on the Drum is Calling Festival and other Canada 150+ programming, please visit canada150plus.ca/drum

Margo Kane (Cree/Saulteaux) is an interdisciplinary artist and a leading figure in Indigenous performing arts. Over the past forty years, she has been recognized as a storyteller, dancer, singer, animator, video and installation artist, director, producer, writer, and teacher. Her body of work has been recognized in June 2017 with the Order of Canada. Her desire to create work that has meaning for her people is the catalyst for her extensive travels into both rural and urban Aboriginal communities across Canada, and fuels her commitment to performance that is socially relevant and empowering.

Am Johal (Settler) is the Director of SFU’s Vancity Office of Community Engagement, within the SFU Woodward’s Cultural Unit where he organizes over 100 talks, screenings and cultural events annually. He has worked on the Vancouver Agreement, was a co-founder of UBC’s Humanities 101 program, and the chair of the Impact on Communities Coalition. He has also served on the boards of the Vancity Community Foundation, Vancouver City Planning Commission, and the Downtown Eastside Neighbourhood House.

Janet Rogers (Mohawk/Tuscarora) is a writer from the Six Nations band in Ontario. She was born in Vancouver and has been living on the traditional lands of the Coast Salish people in Victoria, British Columbia, since 1994. Janet works in the genres of poetry, spoken-word performance poetry, video poetry, recorded poetry with music, and script writing. From 2012 to 2014, Janet served as Poet Laureate of Victoria.

Joleen Mitton (Plains Cree/French/Scottish) is the Founder of All My Relations Entertainment where she produces Aboriginal fashion shows, arts and cultural events, and basketball tournaments that promote the strong, positive, and connecting force of Indigenous culture. She started her career as an international model. She now uses that global perspective on a local level with her community-engaged work with Indigenous foster children at the Pacific Association of First Nations Women. 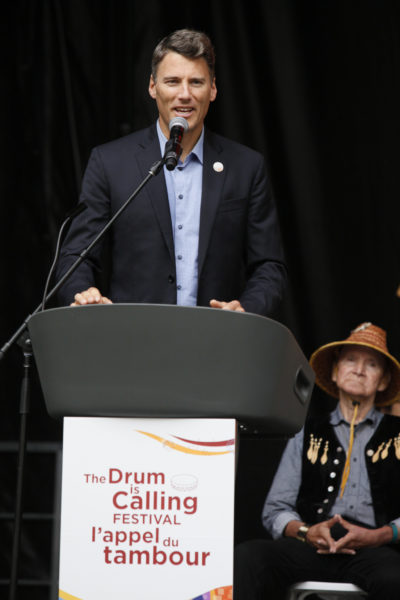