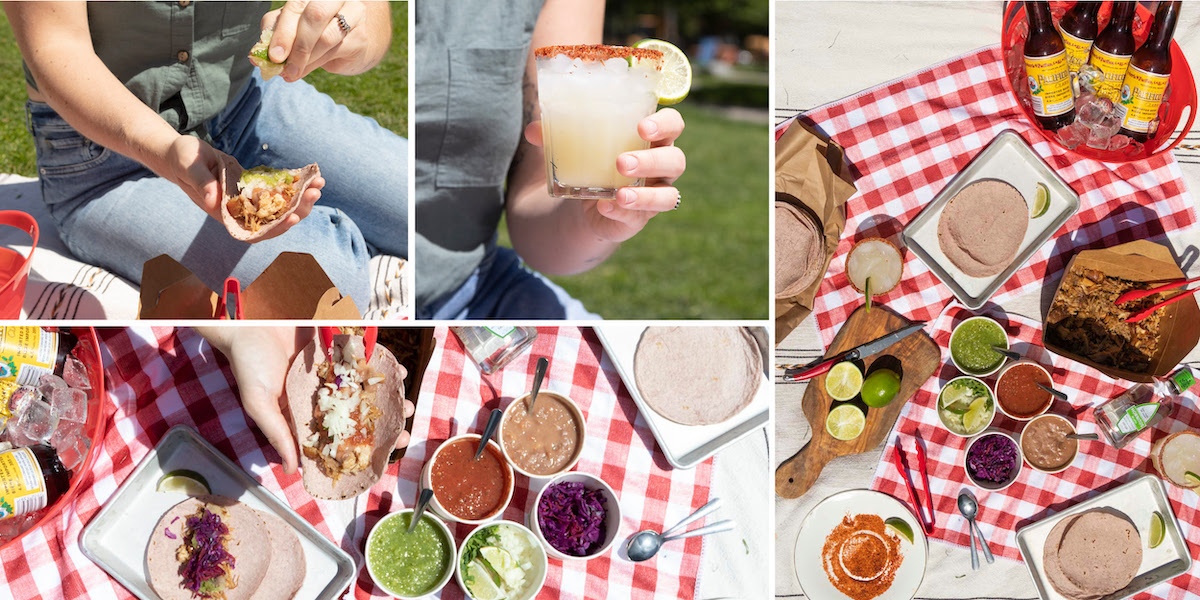 HERE COMES THE SUN: CHANCHO TORTILLERIA GETS IN THE
SUMMER SPIRIT WITH NEW PICKUP PICNIC KITS FOR FOUR

To-Go Kits Include Choice of Carnitas or Veggie, Margaritas or Micheladas Plus Fixings for Four, with 20% Off Weekday Orders Placed and Picked Up Between 3 and 5 p.m.

Just in time for the warm weather season, Chancho Tortilleria is giving guests a chance to get out in the sun and enjoy some social-distancing tacos with friends by introducing new Picnic Kits at the beloved Yaletown tortilleria at 560 Davie Street.

Featuring enough food to feed four hungry amigos or amigas on the go, Chancho’s new Picnic Kits include a choice of either carnitas — Maciza (shoulder/leg), $80; Panza (belly), $86; Campechano (shoulder and belly), $82; — or Papas Dia (potato) or Verduras Dia (veggie) varieties for $74 each, as well as:

Chancho recently reintroduced limited dine-in service seven days a week from noon to 8 p.m., with a number of health and safety measures now in place in accordance with BC’s Phase Two reopening protocols. The tortilleria will also continue to offer pick-up and delivery through chancho.ca and DoorDash.

Launched in 2017, Chancho Tortilleria has carved out its reputation as a local destination thanks in part to a true-to-its-roots menu of authentic Mexican tacos, tortillas made fresh daily with non-GMO, ancient criollo corn procured from small farms in remote Mexican communities and a kitchen guided by traditional techniques, flavours and recipes.

Earlier this year, Chancho was named to Eater’s compilation of the 38 Essential Vancouver Restaurants, with a feature that lauded the local tortilleria for providing a “Mexican dining experience that will likely ruin you for any other tacos in town”, its “marvelous, melting pork sold by the pound”, and “incredible tacos, kissed with a whisper of char.”

HOW TO ORDER
Orders for Chancho’s Picnic Kits can be made seven days a week from noon to 8 p.m. both in store (560 Davie Street) or by phoning the restaurant at 604-336-9219, with a 20% discount applied to all orders placed and picked up between 3 to 5 p.m. Monday to Friday.

ABOUT CHANCHO TORTILLERIA | Chancho Tortilleria has been serving up authentic Mexican experiences in the heart of Vancouver’s Yaletown neighbourhood since 2017. Featuring tortillas made fresh daily from non-GMO, heirloom native corn procured from farmers in remote Mexican communities and topped with locally sourced, melt-in-your-mouth pork in addition to vegetarian options, Chancho is a casual, laidback tortilleria guided by traditional Mexican techniques, recipes and flavours and brings the sights, sounds and feel of a small, family run tienda de tacos north of the border. | chancho.ca

Nuba Introduces New Seasonal Meal Kits For A Cause