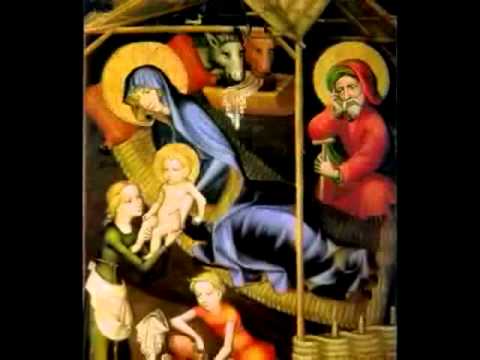 Beloved affair offers large-scale Yuletide celebration as it might have been heard under Michael Praetorius’ direction in 17th century Germany.

Early Music Vancouver (EMV), in partnership with the Portland Baroque Orchestra, Early Music Guild of Seattle, and Early Music Society of the Islands, presents Festive Cantatas: Praetorius Christmas Vespers at the Chan Centre for the Performing Arts, December 20, 2015 at 3pm. The unique program recreates a joyful Christmas Vespers service as it might have been heard in 17th-century Germany, with internationally-renowned conductor David Fallis directing an ensemble of more than 50 performers, including some of North America’s most accomplished musicians specializing in early 17th-century music.

“This Christmas Vespers celebration will be our second set of Vespers shared this season, and it is worth comparing it with the magnificent 1610 setting by Monteverdi that we presented in October,” says Matthew White, Artistic Director of EMV. “While Monteverdi’s writing demands the participation of solely professional performers, Michael Praetorius was a German Lutheran and believed that there was value in allowing amateur musicians as well as the congregation to participate in church music-making. The musical result of this belief is a warm, inclusive, and varied event that finely balances the participation of professionals, amateurs, and the audience. It involves every layer of the musical community, and is an inspiring way to celebrate the Christmas season.”

Michael Praetorius is one of the most prolific and influential composers of the early German Baroque. There is some uncertainty about his birth date – but the most generally accepted date is February 15, 1571. He died on February 15, 1621 at the height of his powers, on his fiftieth birthday. During his lifetime he published an astonishing amount of music in a wide range of styles, from the simplest of chorale settings to the most complex polychoral masterpieces, and many of his compositions are still used in churches today.

Festive Cantatas reconstructs a possible vespers service for Christmas as it might have sounded in a large north German church in the early 17th century. The selections include beloved works from throughout Praetorius’ compositional career and will feature opportunities for the audience to join the performers in a selection of favourite and familiar early Christmas carols.

This concert will travel to five Pacific Northwest cities through the month of December under the music direction of David Fallis. The Toronto-based conductor is an internationally-esteemed artist, who currently serves as Artistic Director of the Toronto Consort and Music Director for Opera Atelier. The long list of organizations he has worked for includes the Glimmerglass Opera Festival, Cleveland Opera, Tafelmusik, and the Elmer Iseler Singers. A respected academic, he has also served as the Historical Music Producer for both ‘The Tudors’ and ‘The Borgias’ television series.

Fallis will lead a massive ensemble of over 50 performers at the Chan Centre, featuring thirteen vocal soloists, three theorbo players, multiple keyboardists, a string band, Montreal’s ‘Les Rose des Vents’ cornetto & sackbut ensemble, and Vancouver’s own Laudate Singers. Among the vocal soloists are Grammy Award-nominated alto Laura Pudwell, an internationally renowned performer who is equally at home in the concert hall and on the operatic stage, and soprano Joelle Greenleaf – Artistic Director of New York City’s TENET ensemble who has been hailed by The New York Times as a “golden soprano” and “a major force in the New York early music-scene.” Both musicians return to Vancouver after celebrated performances in October’s Monteverdi Vespers of 1610.