This November, we’re going back to when rock stars ruled the world…

Lovers of Zeppelin – A glimpse of Miss Pamela from The Lovers Cabaret. 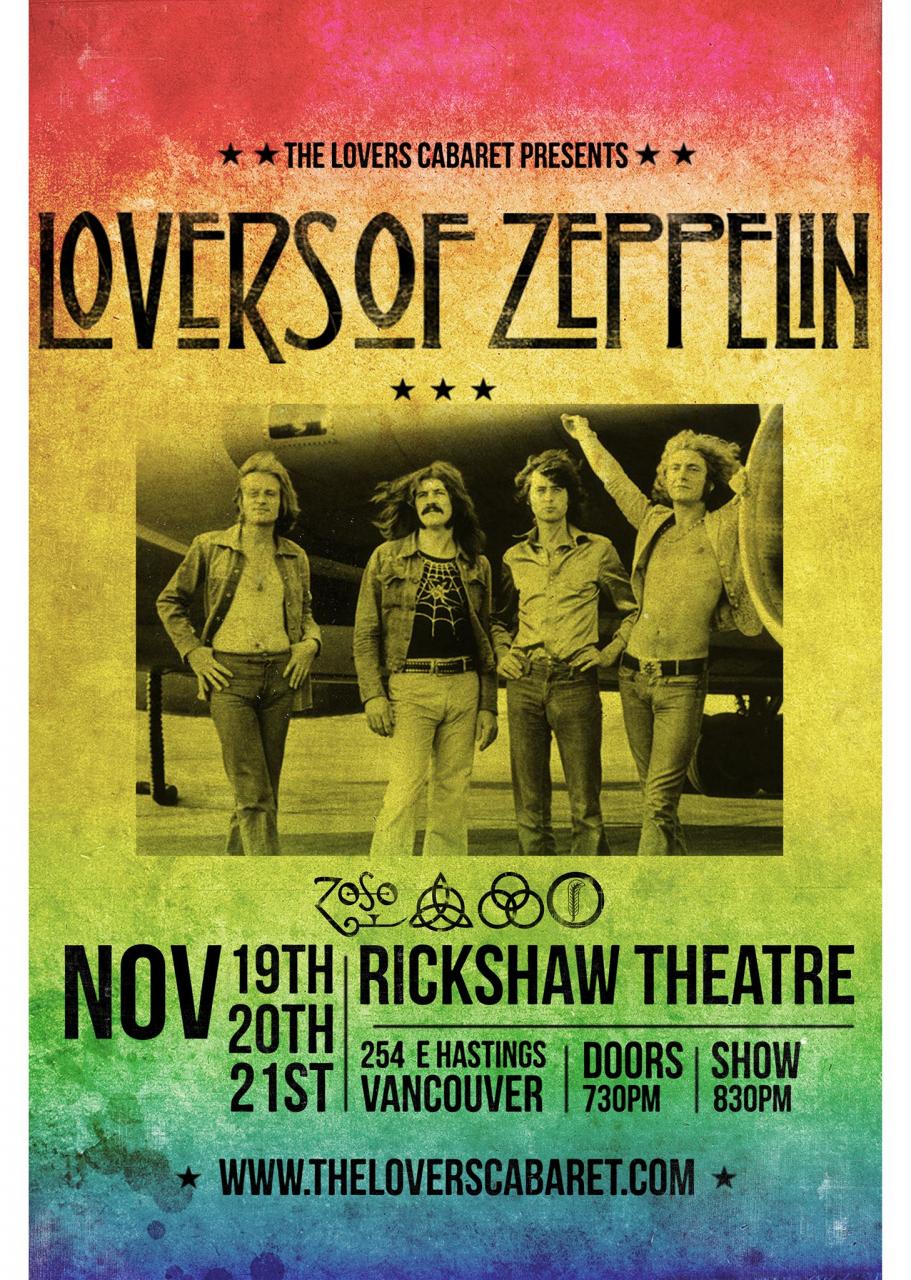 Lovers of Zeppelin s a part of the ICON SERIES, a series of shows dedicated to the era when rock stars ruled the world.

Lovers of Zeppelin journeys into the lives of the women behind the band, with a full score by the band, live music, and more as we delve into the rise and fall of four most influential musicians of the 70’s.

Focusing on their musical diversity, the show uses multimedia and an array of dance styles (including ballet, modern, burlesque, dancehall, tap and more) to explore the women who loved, inspired and obsessed over Led Zeppelin.

Past shows include “Lovers of Marley”, “Lovers of Hendrix” and our recent smash hit “Lovers of Queen” which opened to rave reviews and sold out the Rickshaw Theatre.

THE ICON SERIES is a series of shows dedicated to the era when rock stars ruled the world. Using a primarily female cast, each show combines elements of different dance styles with video, photography and the original songs of some of the greatest music legends of our time. Sit back and enjoy a full score of your favorite bands and artists, while taking in a visual masterpiece. Each captivating dancer in our shows, tell stories of the women who loved, influenced and fawned over the gods of Rock.