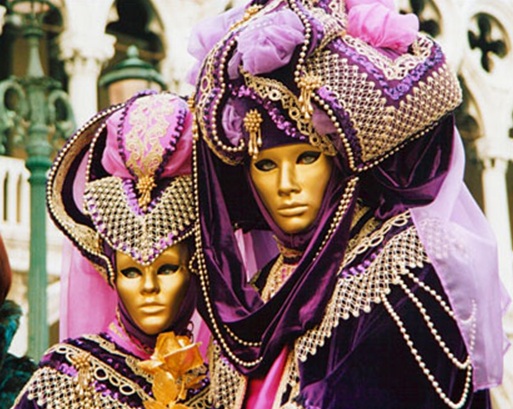 Benefiting Mary’s Place on February 6, 2016, at the Fairmont Olympic Hotel 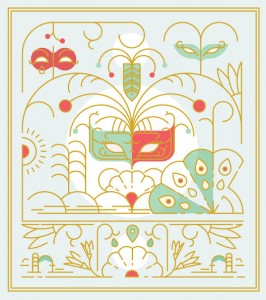 The Seattle Hotel Association (SHA) 19th annual fundraiser “Evening of Hope Gala” presented by Delta Air Lines will transport guests to a grand Venetian Masquerade Ball of yesteryear on February 6, 2016, at the stunning Fairmont Olympic Hotel. This year’s Gala will be even more amazing, colorful and full of exciting surprises than ever before — a sumptuous, decadent, lavish night just like the way the nobles used to party during Carnival.

The evening begins at the elegantly transformed Spanish Ballroom with the Ora Sociale (social hour), which will have an air of mystery and surprise and handsome masked greeters with over-the-top feather fans that will part as guests enter the party. As attendees ascend the stairs, an announcer dressed to the nines will be standing at the top pounding the wooden platform with a large scepter, and will announce patrons upon their entrance to the party, where canapés on trays and a flowing full bar will be served.

During dinner, guests will sample some of Chef Gavin Stephenson’s Italian inspired dishes, paying tribute to all things grand. Patrons from around the city will take part in a whirlwind of emotion at this unique and unforgettable evening where a regal live auction and raise the paddle will benefit Mary’s Place.

For this year’s event, Matthew White, owner of White Branches, will create several mask styles for guests to purchase during the event, with proceeds from the sale of the masks going to Mary’s Place. These are unique, one-of-a-kind designed masks that are not intended to hide behind, but instead, to reveal the courageous heart and spirit within everyone.

Mary’s Place empowers homeless women, children and families to reclaim their lives by providing day and night shelter, nourishment, healing, and hope in a safe community. Established in 1999, their work keeps struggling families together and provides tools and resources that help them begin the journey out of homelessness.

“One of the many reasons that will make this year so extraordinary will be all of the many small details, which will create the difference between an ordinary event, and a spectacular party. This wouldn’t be possible without our many volunteers and the stewardship of the gala donors, patrons, and honoree. We aren’t just giving to an institution; we are investing in the people from our community,” says René Neidhart, Gala Chair and General Manager of the Renaissance Seattle Hotel.

Burke, President of Fremont Dock Company, has been a long staple in the Seattle fundraising scene, and has been an active board member with many organizations, including Holy Names Academy, North Seattle Industrial Association, Wallingford Boys & Girls Club, Fremont Rotary, Seattle Police Foundation, and Seattle University.

In addition, Burke has also founded several community organizations, including History House, a non-profit organization, which she and her mother founded to celebrate Seattle neighborhoods, along with the Fremont Chamber of Commerce. Burke was awarded the Norm Hillis award from the University Sunrise Rotary Club in 2002, and named the Distinguished Alumna of Holy Names Academy in 2002.

ORA SOCIALE: Priced at $100 per person, this ticket includes entrance to the social and silent auction from 5 to 7 pm. Tickets are available by visiting the Seattle Hotel Association website or by calling Hight at 206 236-6167.

ATTIRE: Venetian women and men were renowned for their fashion forward styles and elegance. Adorned with the best gown, suit, or anything that feels like Venetian extravagance along with the quintessential mask.

About Evening of Hope

The Seattle Hotel Association created the “Evening of Hope” gala in 1996 to showcase the organization’s effort to make a difference for people in the community. Over the past 18 years, proceeds from this annual event have benefited many local charities by leveraging the collective strength of 58 downtown Seattle member hotels. All proceeds from the Gala benefit a selected charity. To date, the Association has raised more than $5.4 million.

Mary’s Place empowers women, children, and families to reclaim their lives by providing shelter, nourishment, and hope in a safe community. Services include resources for employment, housing and medical care, as well as five area emergency night shelters that keep homeless families safe and together.

Established in 1986, the Seattle Hotel Association promotes tourism, street safety, industry related education, and reinvesting in the local Seattle community through philanthropy. The Association works closely with the Seattle Police Department, homeless advocates, local business organizations, and human service providers to reduce the city’s homeless population. The objective of the organization is to develop an effective working relationship between hotel member properties; promote the highest standards of the lodging industry among the association’s members; provide legislative and regulatory advocacy on matters pertaining to the lodging and tourism industry, and create a favorable climate that promotes the economic well-being of the hospitality industry.

GRAPEJUICE 2015 Wine Auction for Big Sisters of BC Lower Mainland