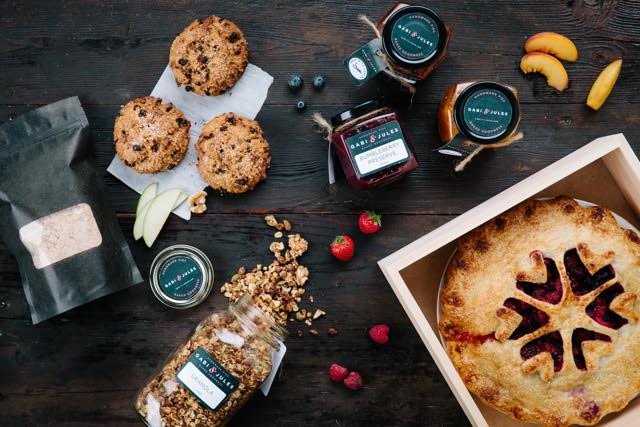 The Lower Mainland is getting a new destination pie shop and bakery for hand-crafted fruit pies. Gabi & Jules bakery in Port Moody is opening on Monday July 25th, offering whole pies for purchase or by the slice. The delicious treat is made somewhat “guilt-free” as part proceeds from each pie sold go to support autism organizations.

Owned by Lisa and Patrick Beecroft, the bakery and the pies are named after the couple’s two daughters, 4-year-old Gabi and 8-year-old Jules who has autism.  One dollar from each whole pie sold goes to the Autism Support Society and Medicare for Autism. The owners also make a concerted effort to employ individuals on the spectrum, creating an inclusive environment for all employees and setting an example for their daughter.

“Our goal is to give Juliana a place to belong,” says Lisa Beecroft.  “We know that often kids with autism can become very isolated and by building this bakery and an environment that is inclusive to individuals of all abilities, we hope that she will find her place there as she gets older.  We have already integrated some packaging work into her therapy and she is so proud of her ability to be a part of the business.”

The Beecrofts began serving pie about a year and a half ago at their three Caffe Divano locations. They decided to open a stand-alone bakery focusing predominantly on the pies to meet demand.

“After the vintage market last year, the response was crazy. We sold out of pies so fast.  People love pie and it’s a fun thing to sell. It makes people happy,” says Beecroft.

Gabi & Jules pie crusts are made with real butter instead of shortening, which gives them their golden hue. The fillings are made with chunks of ripe fruit and spices and aren’t overly sweet. Six to eight pies flavours will be available at any one time, including the signature Strawberry, Peach, Ginger pie which is always on offer.

“There is something comforting about pie. It’s kind of traditional and nostalgic,” says Beecroft. “We use the very best seasonal ingredients and we always get comments about how heavy our pies are because they really are loaded with fruit.  It’s amazing to see how far people will drive to get some!”

In addition to pies, the bakery will be serving other treats, coffees and teas.  Jams, flavoured popcorn, nuts and bake-at-home scones and brownies will also be available for purchase.

The pies retail for $25 and come in a reusable pie tin.  They will be sold at Gabi & Jules, three Caffe Divano locations and the Coquitlam Farmer’s Market and the Main Street Market in Vancouver.