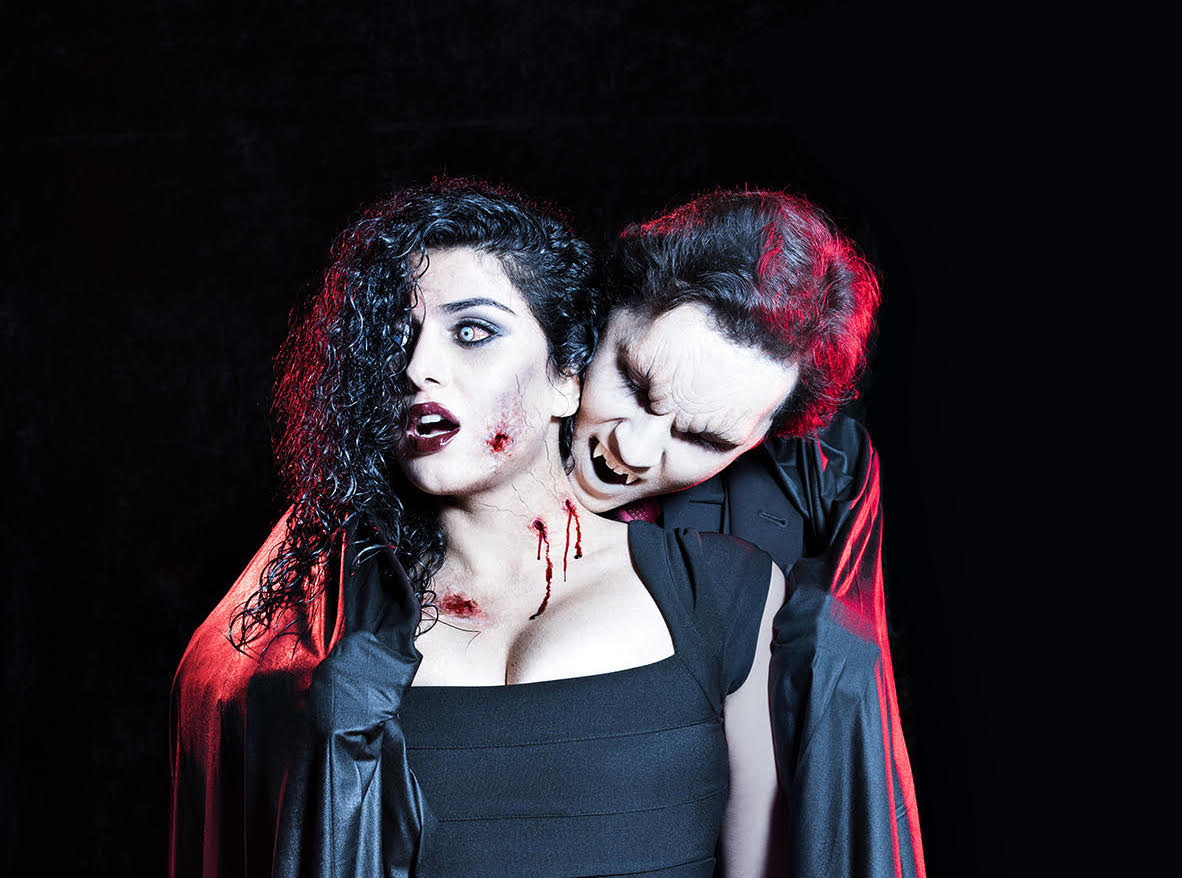 The Virtual Stage presents an all-new, immersive, and spine-tingling theatrical adventure with The Zombie Syndrome: Dead In The Water – October 4 to October 31, 2016 on Granville Island. The fifth annual installment in the company’s smash-hit series will challenge audiences to travel by land and sea as they race to confront a monstrous hybrid of zombies and vampires.

“Last year, we conducted a hugely successful experiment by mixing sci-fi aliens in with the classic undead zombie,” says Andy Thompson, The Virtual Stage’s award-winning Artistic Director and creator of The Zombie Syndrome. “Encouraged by this, we took to Facebook and polled our audiences on what new type of monster they would like to see in 2016. The overwhelming result was zombie-vampires – and we are thrilled to rise to the challenge.”

The audience’s adventure begins with an investigation into the mysterious disappearance of Special Forces operative Frank Johnson. He was hunting down former government geneticist Mattias Van Cleave, when he fell off the radar. Van Cleave, a suspected vampiric psychopath, is believed to be responsible for a string of recent murders, and the sudden appearance of zombie-vampire mutants across the Lower Mainland. The audience must determine Johnson’s whereabouts and ensure his mission to stop Van Cleave is completed at any cost. 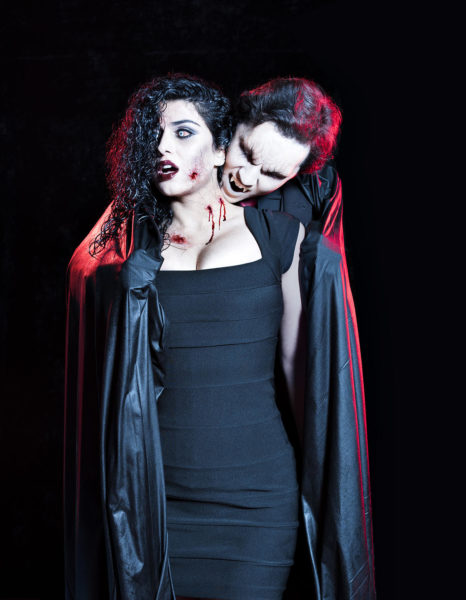 “Since the very first Zombie Syndrome in the streets of Yaletown, back in 2012, the use of smartphones to complete puzzles and navigate routes has been crucial to the audience experience,” Thompson continued. “In our fifth year, we’re going to kick things up a notch by being the first theatre company in Canada to integrate Apple’s innovative new location-based iBeacon hardware in a show. This emerging technology is going to supercharge interactivity and let us do things we’ve always wanted to do – but couldn’t until now.”

The Virtual Stage has teamed with the award-winning innovators behind local company TerraTap Technologies to integrate its mobile content delivery system neartuit into the experience. Audiences will be directed to download the free smartphone app, which will then interact via Bluetooth with location-based iBeacons embedded into each of the show’s seven sites. Clues, directions, and narrative content will be pushed to audience smartphones throughout the production, boosting interactivity for teams of up to 18 people as they race against time in their battle against the bloodthirsty forces of darkness.

The exact starting location on Granville Island will remain undisclosed until the day before the mission, when audiences will be contacted via e-mail with their top-secret rendezvous point. Once the audience has gathered, they will be assigned various ‘specialist’ roles before embarking on an exciting, high-stakes adventure to save the human race.

Participants are encouraged to wear walking shoes, dress for the weather, and be prepared to move. As the stars of the show, the audience travels from site-to-site, gathers clues from sudden allies, and faces a slew of challenges they must overcome in order to proceed to the next scene. While racing against the clock, teams will be encouraged to maintain constant vigilance – given what ghoulish and frightening characters may be lurking just out of plain sight.

For more information, updates, and declassified information regarding this year’s mission, follow The Virtual Stage on Twitter: @TheVirtualStage, ‘like’ The Zombie Syndrome on Facebook, or visit: The Virtual Stage’s FAQ page. Be sure to tweet about your mission’s success or failure and announce your team’s score with the hashtag: #ZombieSyndrome.

ABOUT THE VIRTUAL STAGE (thevirtualstage.org)

Founded in 2000, The Virtual Stage is a Vancouver-based theatre company with a unique mandate to investigate emerging technologies in theatre. In its 16 year history, The Virtual Stage has produced three short films, four short plays, and 12 mainstage productions. The company has toured North America and garnered 31 Jessie and Ovation Award nominations, winning seven in total to date. Recent productions include the four-city Canadian tour of the smash-hit Broken Sex Doll (seven Jessie Award nominations, with wins for ‘Outstanding Original Composition’ and ‘Outstanding Costume Design’, and six Ovation Award Nominations, winning for ‘Outstanding New Work), The Zombie Syndrome series, No Exit (co- produced with Electric Company Theatre; eight Jessie Award nominations, with wins for ‘Outstanding Production’ and the ‘Critics’ Choice Innovation Award’) and the sold-out hit 1984 at The Cultch.

The Virtual Stage Presents: The Zombie Syndrome: Dead In The Water

Special Halloween Shows with Prizes: $40 to $50