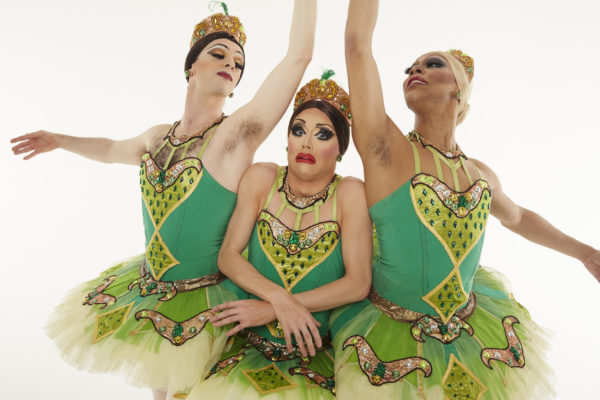 “It was a thrill to re-introduce Vancouver to these superb dancers and comic geniuses back in 2015,” said Svetlana Dvoretsky, President & Executive Producer of Show One Productions. “That The Trocks could sell out houses after a more than 30-year absence was a testament to the international cult following the company has built around their affectionately irreverent interpretations of classical dance. I am over the moon excited they will make their anticipated return to Vancouver in 2017, presenting a fresh program replete with their signature theatrics and extraordinary virtuosity. It will undoubtedly be a night at the ballet audiences will not soon forget!”

Founded by a group of professional dancers in 1974, the New-York based company is dedicated to presenting saucily skewered, lovingly crafted parodies of the beloved ballet classics. Since its first performances, the company was recognized and lauded by audiences and esteemed critics alike, including The New Yorker, New York Times, The Guardian, and Village Voice, and began a grand tradition of international touring shortly thereafter.

In the four decades since the company’s founding, the original concept of Les Trocks has not changed. The company of professional male dancers perform a full range of classical ballet and modern dance repertoire, with faithful and attentive detail paid to the manners and conceits of the various dance styles.

The ensemble’s legendary comedy emerges by incorporating and exaggerating the foibles, accidents, and underlying incongruities of serious dance. The fact that men dance all the parts -heavy bodies delicately balancing en pointe as swans, sylphs, water sprites, romantic princesses, and angst-ridden Victorian ladies – enhances, rather than mocks, the spirit of dance as an art form, delighting and amusing novice and knowledgeable audiences alike.

About Show One Productions (showoneproductions.ca)

Show One Productions is a full service production company presenting concerts with high-profile classical musicians, opera stars, and orchestras, as well as great dance and theatre companies. Formed in 2004 by Svetlana Dvoretsky, Show One has brought some of the world’s greatest names before Canadian audiences, including Valery Gergiev & Mariinsky Orchestra, Dmirtri Hvorostovsky, Eifman Ballet, the Borodin Quartet, and more.