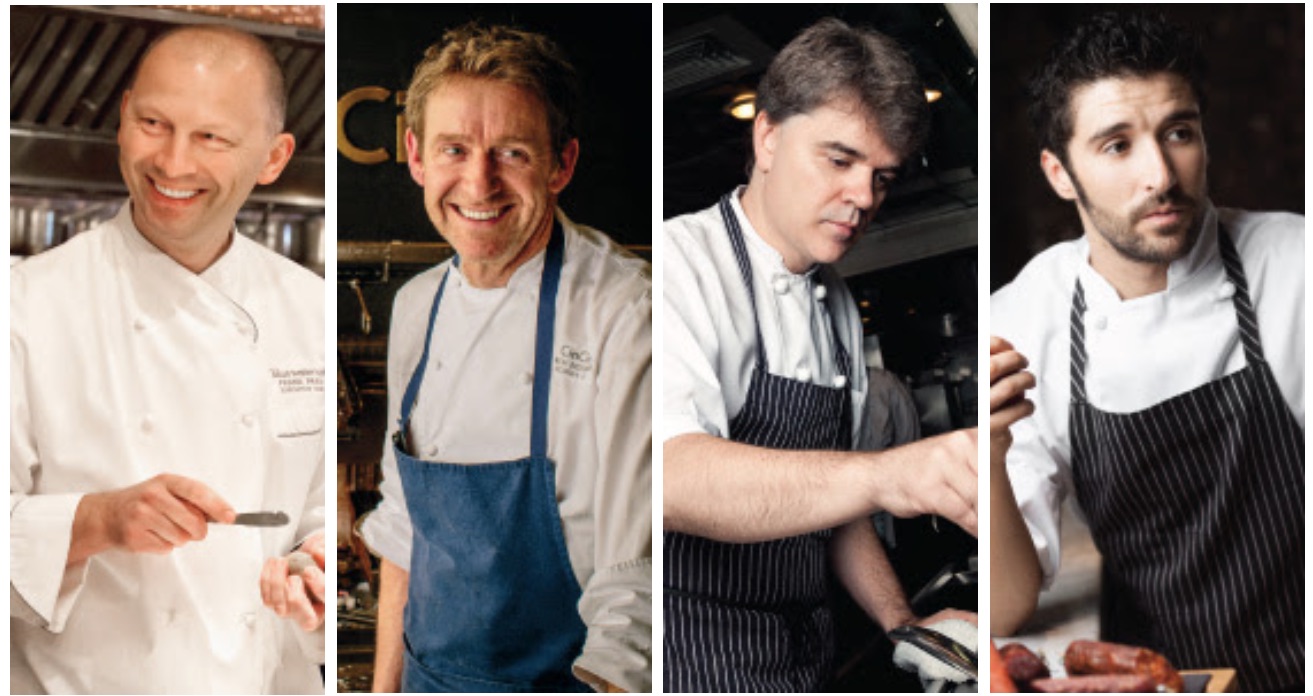 Likened to the Oscars of the hospitality industry, the 28th Annual Vancouver Magazine Restaurant Awards saluted excellence and leadership in over 40 categories yesterday. A panel of 18 expert judges made the ‘Best of’ calls with the winners being announced at the beautifully produced awards ceremony held at the Sheraton Wall Centre Hotel in downtown Vancouver.

“These awards are unique in Canada, and given the rapidly evolving culinary landscape in British Columbia, they’re a great salute to our team across the entire group,” Michael Doyle, President of Toptable Group, said this morning. “We strive to provide the art of true hospitality every day and this is a tremendous credit to every individual in our organization.”

With a recent run of prestigious food and wine accolades, CinCin Ristorante’s wood-fired Italian cucina rose to the occasion and stole the hearts of the Vancouver Magazine judges. Executive Chef Andrew Richardson and Restaurant Director Richard Luxton brought home a well-deserved first-time Gold Award for ‘Best Italian Restaurant’. CinCin also received a strong affirmation in one of the most competitive categories, ‘Best Upscale Restaurant’ and was duly lauded with a Silver Award. As Vancouver Magazine said, “Chef Andrew Richardson has reinvigorated the Robson Street room with a combo of open flame and attention to detail.”

Araxi Restaurant and Oyster Bar secured the Gold Award for ‘Best Whistler Restaurant’ once again. This is the 16th time in 17 years of this award that Araxi has brought home the gold, and is an apt tribute to the dedication of Executive Chef James Walt and Restaurant Director Neil Henderson. Whistler’s Spanish-inspired darling, Bar Oso, whose popular tapas resounded with the judges earned a Bronze Award in the same ‘Best Whistler Restaurant’ category. Chef Jorge Muños Santos and Bar Manager Jason Redmond are the effervescent duo behind the kitchen and bar that bring the flavours of Spain to the mountain.

Visit any of Toptable Group’s restaurants and experience the city’s best as awarded by Vancouver Magazine.