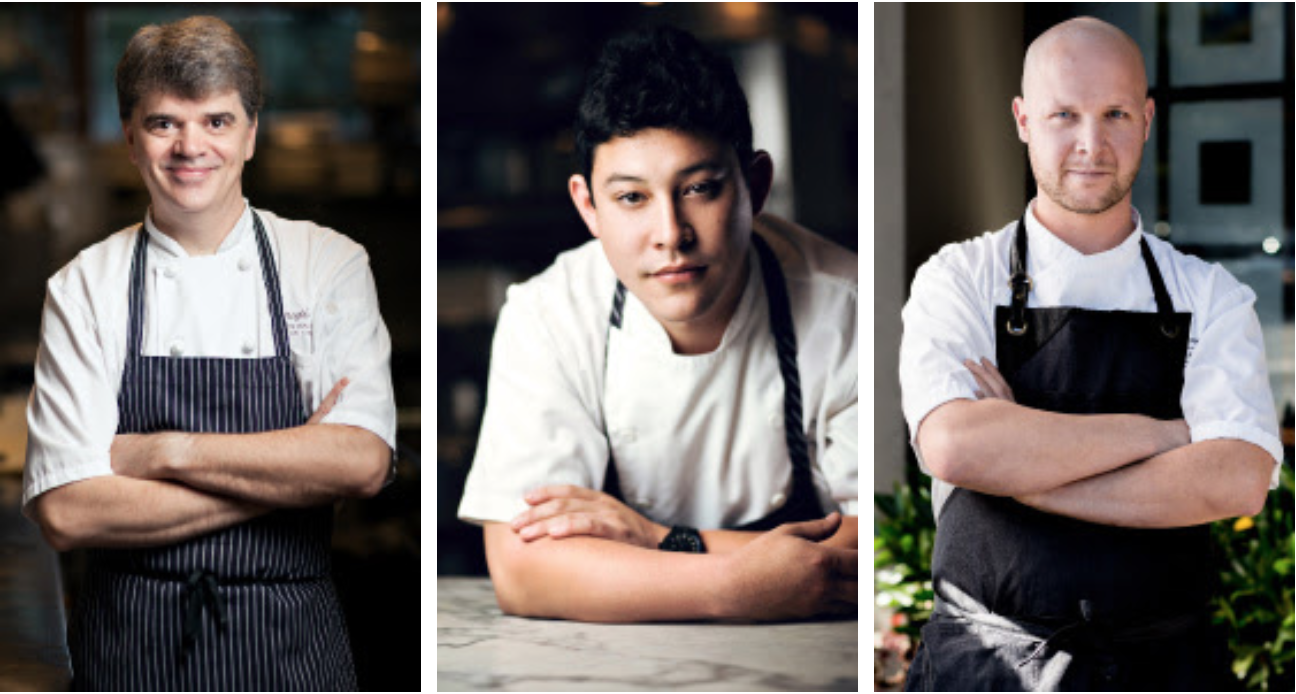 With the much anticipated reopening of Whistler’s Il Caminetto in December, Toptable Group has a number of exciting changes in store. The quest to cultivate exceptional talent and perfect ‘the art of true hospitality’ has brought together an exceptional team for Whistler’s trio of destination restaurants and its event space.

Executive Chef James Walt, who has been at the helm of the Araxi kitchen since the late 1990s, welcomes West Restaurant’s Executive Chef Quang Dang to the mountainside restaurant. Chef Quang, who’s an avid sports enthusiast and cycling fan, can’t wait to get behind the stoves to lead and work with the award-winning Araxi brigade and continue the proud tradition of inspiring the food and beverage scene at the resort. At the ready to lend a helping hand to the Araxi kitchen, he’s called home over these last nineteen years, Chef Walt now steps in as Executive Chef for Il Caminetto while continuing to oversee the food program at Bar Oso with Chef Jorge Muños Santos.

“I’m thrilled to see Quang continue the storytelling for Araxi and The Cellar while celebrating the same farm-to-table ethos he practised at West,” says Chef Walt. “He’s so dialled in with his vast network of local suppliers that it’s a win-win for both our guests and the brigade who have the privilege of working with such great products.”

Chef Quang will transition to the Araxi kitchen in mid October to allow Chef James to turn his attention to the opening of Il Caminetto. In tandem with this transition, former West kitchen alumni Bobby Milheron will take over for Chef Quang as West’s newly appointed Executive Chef. Chef Milheron transitions from his Senior Sous role at Boulevard Kitchen & Oyster Bar to once again make his home with the talented West brigade. Watch for exciting news to come with a room refresh and a change in the menu direction under Chef Milheron’s leadership.

“We didn’t have to move mountains when we approached Quang to consider the Araxi post,” says Toptable Group’s President Michael Doyle. “‘Have bike, will travel!’” has always been Quang’s credo and this opportunity checked all the boxes for the team. Don’t be surprised to find Quang picking the season’s best in a Pemberton field or foraging for mushrooms off a Squamish trail. On the West Restaurant front, we’re thrilled to have Bobby Milheron rejoin the Toptable family and see him take the reins and bring another style of cooking to the table.”

DELIGHTFUL AND DELICIOUS UNDER THE TOPTABLE TREE