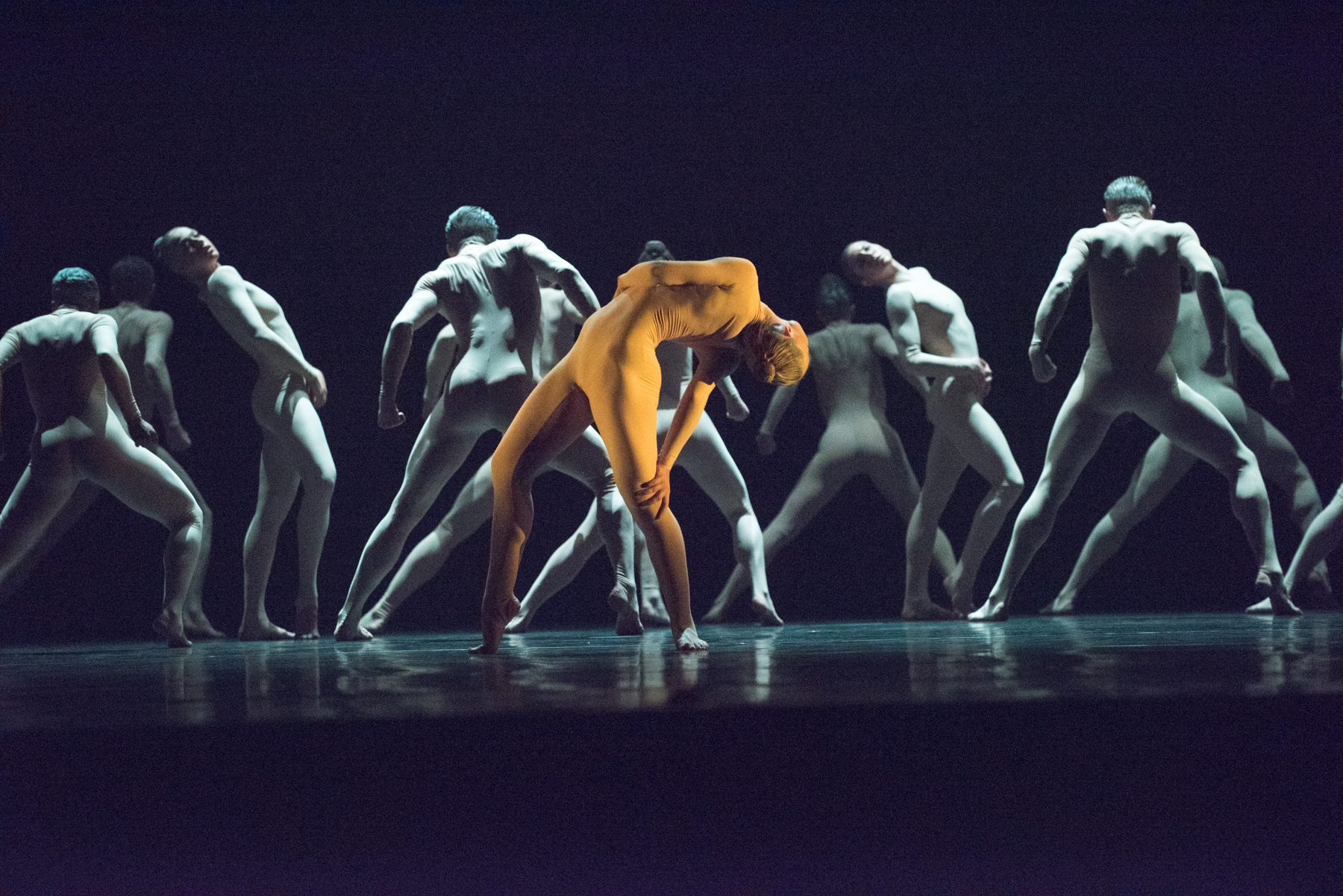 Haunting in its imagery and visceral in its execution, BEGINNING AFTER, created for Ballet BC in 2016, showcases Cayetano Soto’s skill and artistry like never before. Caught between memory and truth, driving choreography set to Handel’s exquisite score, explores the often ambiguous, murky space between the two. Both compellingly beautiful, male and female dissolve into being.

In anticipation of Ballet BC’s Artistic Director Emily Molnar’s 10th Anniversary with the company, Molnar continues to investigate her work as a choreographer with the passionate and dedicated artists of Ballet BC.  In the creation of this new work, Emily is collaborating with conductor Graeme Langager and Vancouver’s award-winning Phoenix Chamber Choir. Complex and sensate, the work reflects Molnar’s passion for pushing the boundaries of the expressive body. The music, Peteris Vasks’ atmospheric, wordless vocalise, Plainscapes, elegantly weaves through Molnar’s skillful choreography—creating a mesmerizing tapestry of voice and movement.

Ballet BC was honoured to be the first Canadian dance company to work with Israeli choreographic sensation Sharon Eyal and collaborator Gai Behar. Former Resident Choreographer of the Batsheva Dance Company and now Artistic Director of her company, L.E.V., Sharon’s distinct style has put her on the map as one of the most sought-after voices in dance today. With daring and sensual choreography, Bill showcases Eyal’s signature shifts from large to smaller groups that morph into breathtaking solos. Bill is an intense, raw mix of dance, music and design—creating a world unlike any other.

Program 3 is hot on the heels of Ballet BC’s Romeo + Juliet by choreographer Medhi Walerski which broke all tickets sales records and was the first sold out performance for the company in years. It was both an exhilarating and reaffirming experience for the company. Following that production, Ballet BC began a momentous tour in the UK, performing first at the world-renowned Sadler’s Wells, and concluding at The Alhambra Theatre in Bradford, UK. Before returning to Vancouver for Program 3, Ballet BC will complete the tour by headlining the Movimentos Festival in Wolfsburg, Germany on April 4-7 as well as a one-week residency where Emily will continue working the dancers of Ballet BC on her new creation and upcoming world premiere.

“After a successful six-week tour to Europe, we will be delighted to return home to Vancouver audiences to present Program 3. The tour has received tremendous support and response from the Dance Consortium and our European audiences. For this historic experience, we are grateful to everyone who attended and applauded our performances. Read the reviews! https://balletbc.com/reviewspreviews-2018-uk-tour/

Program 3 features the anticipated return of Ballet BC Resident Choreographer Cayetano Soto’s striking BEGINNING AFTER and the critically acclaimed Bill by Israeli collaborators Sharon Eyal and Gai Behar. To complement the mixed program, I am honoured to create a new work with the artists of Ballet BC in a collaboration with Graeme Langager and the Phoenix Chamber Choir. With Program 3, we continue to develop our vision for an evolving scope of artistic practice and a diverse and engaging conversation with our community.”  – Artistic Director, Emily Molnar

Support for Ballet BC has been generously provided by the Canada Council for the Arts, the BC Arts Council, the Province of British Columbia, and the City of Vancouver. This program is sponsored by Wells Fargo and Grant Thornton.

Ballet BC
Combining classical integrity with a contemporary sensibility, Ballet BC is a creation-based company of 20 talented dancers from Canada and around the world that is committed to exploration and collaboration in contemporary dance. Solidly grounded in the rigour and artistry of classical ballet, with an emphasis on innovation and the immediacy of the 21st century, the Company presents a distinct and diverse repertoire of the most sought-after Canadian and international contemporary ballet choreography. Ballet BC continues its commitment to perform highly acclaimed productions on regional, national and international tours in addition to its regular performance season at the Queen Elizabeth Theatre in Vancouver.