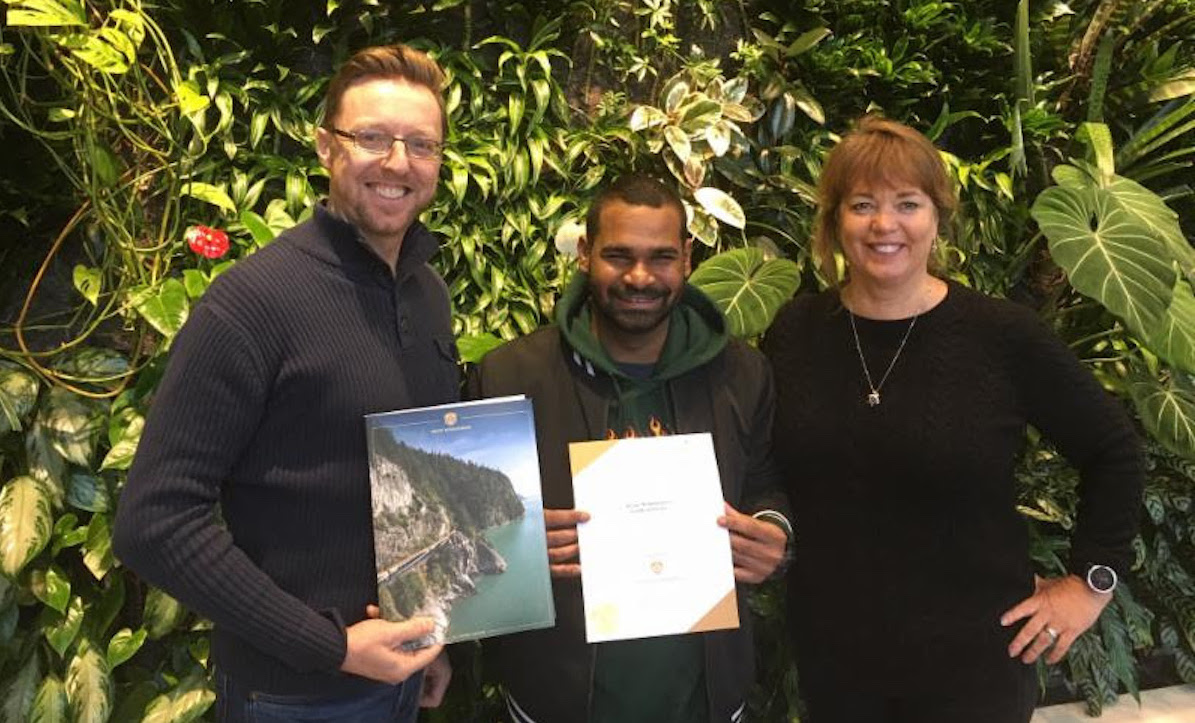 Tourism Vancouver’s 2019 Dine Out Vancouver Festival was a great success for food and wine lovers in town, but the 17-day event also gave a boost to a local charity that supports workers in the hospitality industry.
The BC Hospitality Foundation (BCHF) was the chosen charity for the Dine Out Vancouver Festival’s Grand Tasting, and also received partial proceeds from the Street Food City program. In addition, the BCHF ran an online lottery in conjunction with the Festival. The total amount raised by these efforts was over $18,000. The money will help support hospitality industry workers facing financial crisis due to extraordinary medical circumstances, as well as fund the BCHF’s scholarship program for students enrolled in hospitality-related programs.
The Dine Out Vancouver Festival Grand Tasting was held January 17th at Rocky Mountaineer Station. Guests enjoyed bites from some of the city’s top restaurants paired with samples from 20 BC wineries as well as local craft breweries and distilleries. The evening also featured a silent auction and 50/50 draw.
Throughout the Dine Out Vancouver Festival, the BCHF ran an online raffle with a grand prize donated by Rocky Mountaineer that included a 2-day train trip for 2 and overnight accommodation in Kamloops. The draw took place on February 4th at the Tourism Vancouver offices and complied with the regulations required by the BCLC. The lucky winner was Rahul Kumar.
The BCHF also received a donation from Dine Out Vancouver Festival’s eighth annual Street Food City, which took place January 21st to 27th. Held at the Vancouver Art Gallery’s renovated north plaza, the event included cuisine from more than 20 food trucks and carts that rotated over the course of the week.
Lucas Pavan, Manager, Membership & Dine Out Vancouver Festival at Tourism Vancouver, notes that “the hospitality industry is such a big part of what makes this city great. Tourism Vancouver is happy to support a charity that makes a positive difference in the lives of hospitality workers, and also helps develop local talent that will keep the sector strong into the future.” BCHF’s Executive Director Dana Harris says the BCHF is “very grateful for the tremendous support we have received from the industry. Thank you to Tourism Vancouver, Rocky Mountaineer, and all the local businesses that participated. You make our work possible!”
Information about upcoming fundraisers for the BCHF are posted here, and individual donations are always welcomed online.
About the BC Hospitality Foundation

The BC Hospitality Foundation (BCHF) is a registered charity that raises funds to support those in the hospitality industry facing financial crisis due to a medical issue. Each year hundreds of hospitality workers across BC face financial challenges and have nowhere else to turn. The BCHF helps them when all other options have been exhausted. In addition, the BCHF offers a scholarship program to foster the development of the next generation of hospitality workers and industry leaders.
https://bchospitalityfoundation.com/
About Tourism Vancouver