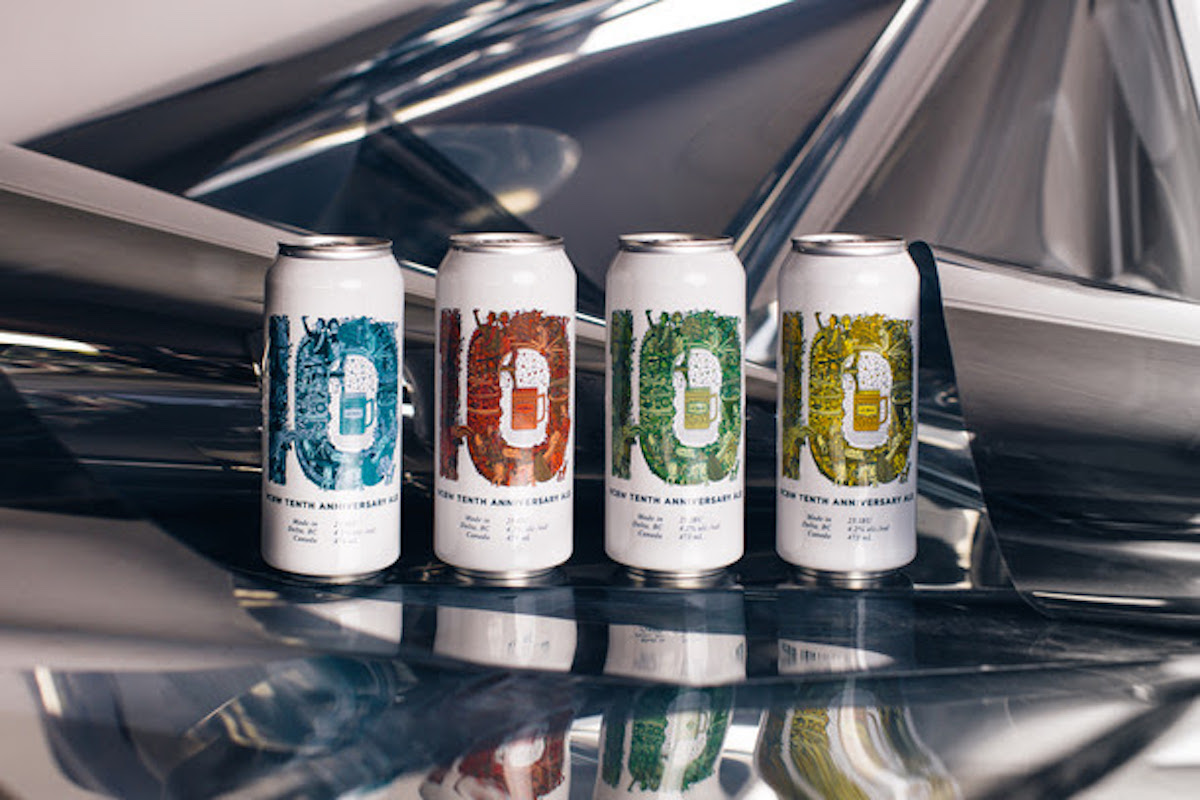 Vancouver Craft Beer Week (VCBW) is B.C.’s biggest celebration of craft beer culture, and returns for its 10th straight year, from May 31 to June 9. To commemorate the 10th annual citywide celebration, VCBW has partnered with Four Winds Brewing Co. (Delta), Dageraad Brewing (Burnaby) and Powell Brewery (Vancouver) to develop the recipe for the official 2019 VCBW Collaboration Beer: Ten. These three award-winning Metro Vancouver breweries were joined by more than 30 breweries from across the province on April 18, 2019, to brew Ten in honour of this milestone year for VCBW.
“Year-after-year we are inspired by the ingenuity, quality and advocacy of what our fellow brewers are doing across the province,” says Brent Mills, Four Winds brewmaster and co-owner. “We are honoured and excited to be brewing Vancouver Craft Beer Week’s 10-year anniversary collaboration beer alongside our great friends at Dageraad and Powell, plus the 30 other breweries who came out to support us on brew day.”
Ten is a dry-hopped table saison that is bursting with exotic fruit flavours, coming in nice and light at 4.2% ABV, making this an extremely satisfying summer beer. Brewed with tangy Sacch Trois yeast to accentuate the tropical, citrus and stone fruit flavours derived from Sabro and Enigma hops, creating a refreshing and fruit-forward beer. Ten is inspired by historic Belgium classics but brewed with New World hops, creating a very modern tasting beer. 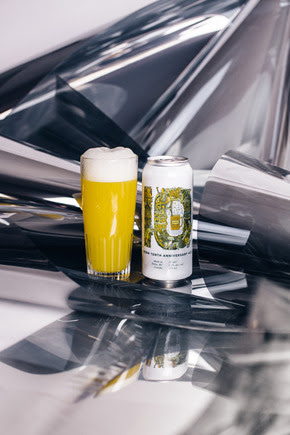 The illustration of the number 10 featured on the beer can commemorates Vancouver Craft Beer Week’s 10th anniversary and was created by the eclectic and prolific Canadian artist Luke Ramsey. He was invited to capture the past 10 years of Vancouver Craft Beer Week by connecting a few standout stories in a Rube Goldberg fashion. A Rube Goldberg is a machine that takes a simple task and performs it in the most complicated way, which is how the directors of VCBW identify with their 10-year journey.

The VCBW Tenth Anniversary Ale will be served on draught at the three collaborating breweries and sold in cans at Four Winds Brewing Co. starting Friday, May 17, just in time for the long weekend. Ten Dry Hopped Table Saison will also be available in four-packs of 473 mL tall cans at select private liquor and beer stores, and on draught at a few chosen bars and restaurants starting May 21. It will also be served in cans at the VCBW 10th Anniversary Kickoff Party at the Beaumont Studios on May 31, and on draught at the VCBW Festival at the PNE Fairgrounds on June 8 and 9. Partial proceeds of all 2019 VCBW Collaboration Beer sales will be donated to the BC Hospitality Foundation, a registered charity that raises funds to support those in the hospitality industry facing financial crisis due to a health issue.
The official 2019 VCBW Collaboration Beer was generously sponsored by West Coast Canning, Canada Malting, Hops Connect, IMS, Glenmore Printing and Chrislan Ceramics.
About Vancouver Craft Beer Week
Celebrating 10 years of craft beer and craft culture, Vancouver Craft Beer Week (VCBW) has become the most anticipated beer and cider festival in Western Canada. VCBW has evolved from Canada’s first-ever craft beer week into a cultural engine that showcases music, food, art, and craft beer at events across the city starting the last Friday in May every year. VCBW 2019 kicks off on Friday, May 31, continuing throughout the week with events and programming all over the city, culminating at the historic PNE Fairgrounds on Saturday, June 8, and Sunday, June 9, where more than 100 craft breweries and cideries will be pouring 300+ beers and ciders. For more information and to purchase tickets, please visit VancouverCraftBeerWeek.com.
About the BC Hospitality Foundation
The BC Hospitality Foundation (BCHF) is a registered charity that raises funds to support those in the hospitality industry facing financial crisis due to a health issue. The BCHF helps them when all other options have been exhausted. In addition, the BCHF offers a scholarship program to foster the development of the next generation of workers and industry leaders. For more information, please visit BCHospitalityFoundation.com.
Find Vancouver Craft Beer Week Online
Website: VancouverCraftBeerWeek.com
Facebook: /VancouverCraftBeerWeek
Twitter: @vcbw
Instagram: @vcbw
Hashtags: #VCBW, #VCBW2019, #tenyearsofVCBW, #VCBWcollab
Media release and image provided by Katharine Manson, Katharine Manson Communications. Feature image: Vancouver Craft Beer Week Tenth Anniversary Ale. Photo courtesy of Four Winds Brewing Co.
[wdi_feed id=”2″]

From Sea to Sky, B.C. Brewers Gather in Spirit of Community