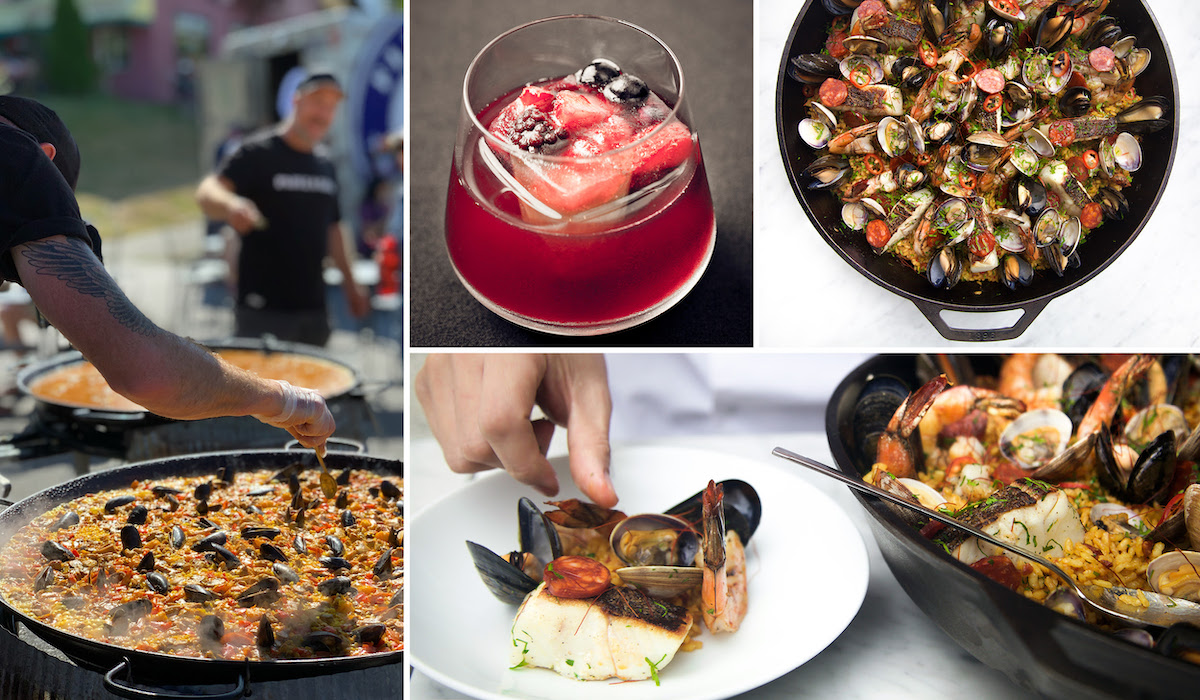 Boulevard Kitchen & Oyster Bar will continue marking its fifth anniversary in fine style by showcasing one of Spain’s most iconic dishes when the award-winning restaurant hosts a series of Paella-centric dining events throughout September and October.

Boulevard Chef Alex Chen and his culinary team will welcome The Paella Guys to co-host the inaugural ‘¡Great Boulevard Paella Party!’ on the patio of the downtown restaurant on Sunday, September 22 from 4 to 6 p.m. Guests at the event will enjoy live music and mingle during a festive, al-fresco fiesta as the team of chefs prepare at trio of unique, regionally focused paellas in massive 50-inch pans before their very eyes.

A limited number of tickets to the event, which includes reception libations on the patio as well as multiple servings of the showcase paellas, are available for $38 per person plus tax and gratuity via boulevardvancouver.ca/events.

$68 per person plus tax and gratuity

Following its recent sold-out string of Summer Seafood Boils, Boulevard will springboard into a series of Sunday Paella Dinners on Sept. 29 and Oct. 6, 20 and 27. Each event begins with a reception at 6 p.m. where guests will enjoy a glass of house sangria or Estrella Damm Spanish lager before sitting down for a three-course dinner with Chen’s Spanish-inspired West Coast Paella — comprising a bounty of Pacific octopus, local clams and mussels, prawns and chorizo sofrito simmered in a saffron and shellfish stock — as the centrepiece.

A limited number of tickets to the communal, family style dinners are available for $68 per person plus tax and gratuity via boulevardvancouver.ca/events.

Beyond celebrating its fifth year as one of the city’s leading culinary destinations, Boulevard recently earned the No. 31 spot on the prestigious 2019 ranking of Canada’s 100 Best Restaurants, the 2019 Where to Dine Vancouver Award for Best Hotel Dining and back-to-back wins in the Best Upscale and Best Seafood categories at the 2018 and ’19 Vancouver Magazine Restaurant Awards as well as the magazine’s 2019 nod for Best Dessert.

ABOUT BOULEVARD KITCHEN & OYSTER BAR | Located in the heart of downtown Vancouver, Boulevard Kitchen & Oyster Bar redefines the fine art of dining with subtle, unexpected and playful approaches to cuisine, service and style. From the all-star front-of-house team to the acute attention to detail in design to the understated elegance of the restaurant’s seafood-focused cuisine infused with casual West Coast flair, Boulevard sets forth an uncompromising standard of excellence guaranteed to capture the attention of food-savvy Vancouver residents and visitors on plate and palate alike. Paired with exceptional service, a wide-ranging selection of wine and cocktails and true European ambiance in a traditional-yet-modern setting, Boulevard — winner of the 2019 Vancouver Magazine Restaurant Awards for Best Seafood, Best Upscale and Best Dessert, one of Canada’s ‘100 Best Restaurants’ for 2019 and Where To Dine Vancouver’s 2019 choice for Best Hotel Dining — offers breakfast (6:30 to 11 a.m.), lunch (11 a.m. to 3 p.m.), dinner (5 to 10 p.m.) and late-night service until 1 a.m. in its adjacent Gerard Lounge seven days a week, as well as weekend brunch from 11 a.m. to 3 p.m. and happy hour from 3 p.m. to 5:30 p.m.

#FridayFavourites – what’s happening this weekend and the week ahead