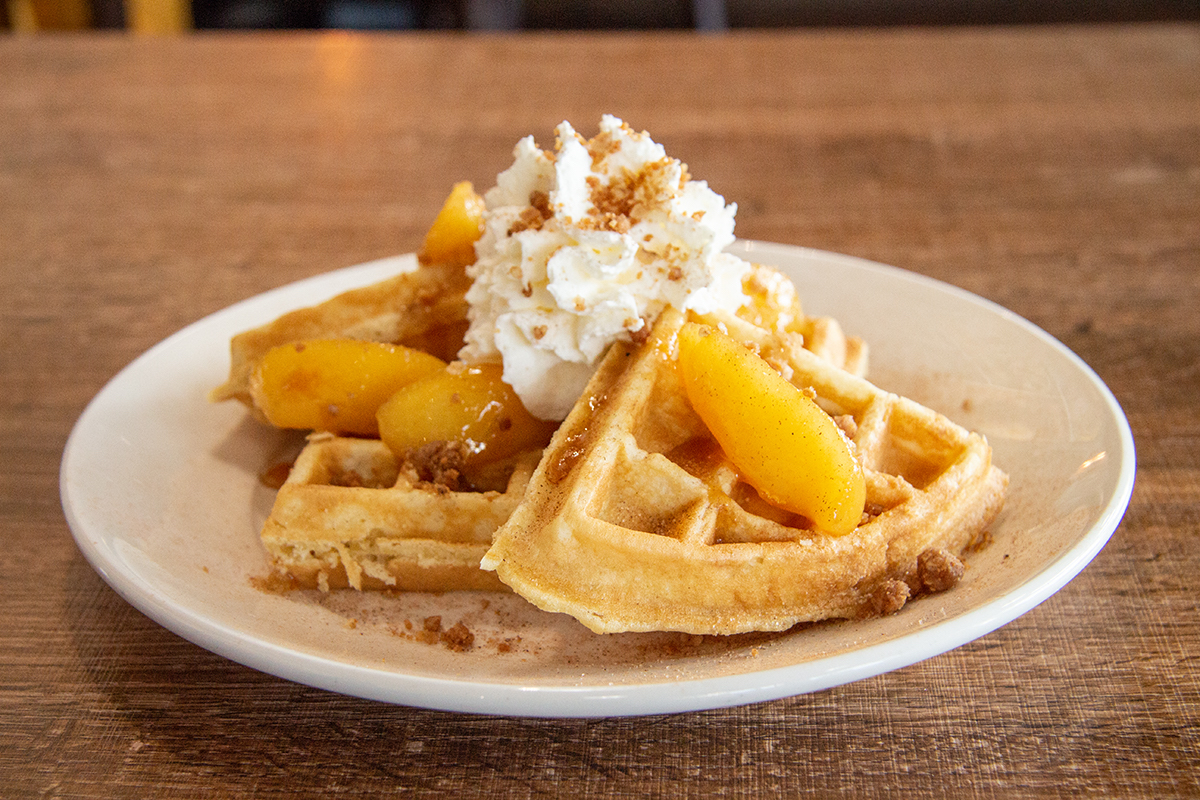 For every item sold off of the Wafflemania menu from September 16-November 10, Ricky’s will donate $1 to Breakfast Club of Canada to provide healthy breakfasts to Canadian youth

Ricky’s Family-style Restaurants announced the launch of their annual Wafflemania campaign. The restaurant chain has partnered with Breakfast Club of Canada to provide youth in need with a healthy breakfast, just in time to send the kids back to school. For the second consecutive year, Ricky’s guests can order items off of a special Wafflemania menu every day before 4 p.m. until November 10. One dollar from each item will be donated directly to Breakfast Club of Canada.

The Wafflemania menu features include delicious Ricky’s dishes like the Cinnamon Apple Waffle, with warm cinnamon apples, caramel sauce and streusel, Chicken and Waffles, featuring our hand-battered chicken tenders, Waffle Big Breakfast, which comes loaded with 3 eggs, 3 strips of RWA certified maple bacon, 3 sausage links, half a waffle and Ricky’s famous stuffed hashbrowns, and more. With so many fantastic options, there’s something for everyone to enjoy, all while helping Breakfast Club of Canada feed Canadian youth.

“We began working with Breakfast Club of Canada in 2015 and have found it extremely rewarding to see the impact it makes on the ability to provide support to children in need,“ says Stacey Hansson, senior vice-president of Ricky’s Family-style Restaurants. “To date, we have raised more than $250,000 for the organization. They continue to be an extremely important part of Rickys’ story, especially with breakfast being such a large part of what we do. We are happy to be working with Breakfast Club to do our part.”

Breakfast Club of Canada’s mission is to nourish children’s potential by making sure that as many of them have access to a healthy morning meal before school as possible, in an environment that allows their self-esteem to grow and flourish. Since beginning their partnership, Ricky’s has raised more than $250,000 for the organization.

“We’re delighted to be kicking off another school year by continuing our year-round partnership with Ricky’s Family-style Restaurants with Wafflemania,” says Benjamin Neumer, senior development advisor at Breakfast Club of Canada. “Ricky’s continues to be a huge supporter of our work to provide children with healthy breakfasts.”

The Wafflemania menu will be available at all Ricky’s locations across Canada for a limited time, from September 16-November 10 before 4 p.m, with menu items priced between $12 and $17.

Those unable to make it to Ricky’s during the Wafflemania campaign need not worry, as they can contribute by ordering the Breakfast Club sandwich all year to donate $1.00 per sandwich to Breakfast Club of Canada. For more information about Ricky’s Wafflemania Campaign, please visit www.rickysrestaurants.ca.

About Ricky’s Family Restaurants:
Ricky’s began as a pancake restaurant in British Columbia in 1960. Since the late 1970s, it has evolved into a successful restaurant franchise known for its big breakfasts, large portions and extensive menu. The Ricky’s Group of Family-style Restaurants includes Ricky’s All Day Grill, Ricky’s Country Restaurant, Ricky’s Café and Ricky’s Café FastFresh, now with 85+ locations in Canada and more under development. Ricky’s is headquartered in Burnaby, BC. Frank Di Benedetto is the CEO/Owner of FDF Brandz, which includes Ricky’s Group of Family-style Restaurants, Fatburger Canada and Famoso Italian Pizzeria + Bar.  www.rickysrestaurants.ca #RickysAllDay