Top local chefs set to hit the Lilydale Cooking Stage at the Vancouver Convention Centre-West October 24 – 27, 2019
Aspiring home cooks, turn up the heat and sharpen your knives – it’s your chance to get schooled by Vancouver’s top chefs on the new Lilydale Cooking Stage at the Vancouver Fall Home Show happening October 24 – 27, 2019 at the Vancouver Convention Centre-West. Some of Vancouver’s top culinary legends and modern masters cover everything from classic culinary tricks to the hottest culinary trends, with talent including Bruno Feldeisen, Judge on The Great Canadian Baking Show, Dennis Peckham of Notch 8 – Fairmont Hotel Vancouver and Top Chef Canada & ChoppedCompetitor, Dawn Doucette of Douce Diner, Raveena Oberoi of Just Cakes Bakeshop and Drew DePatie from Sofina Foods representing Lilydale, Mastro and San Daniele among others.

The full line-up of culinary talent hitting the Cooking Stage this year includes:

Learn more about these talented chefs on the Cooking Stage:

Bringing passion and energy together to craft unique cooking experiences, chef Bruno Feldeisen brings nearly three decades of culinary experience to his role as a judge on CBC‘s The Great Canadian Baking Show, now in its 3rd season. Born in the small French town of Clermont-Ferrand, he began his career as an apprentice at one of France’s most renowned chocolate shops in Moulin: Les Palets d’Or. Bruno has worked at a number of restaurants in Los Angeles, New York, and opened an American-French restaurant, Soléa, in San Francisco. He further expanded his horizons when he became a Pastry Chef Instructor at the Pacific Institute of Culinary Arts in Vancouver, BC.

Feldeisen has been the recipient of awards such as Chocolatier Magazine’s Top Ten Pastry Chefs in America two years in a row, and was nominated twice for a James Beard Award as Outstanding Pastry Chef. Chef Feldeisen has also appeared on popular culinary television shows such as Chopped Canada, Sweet Genius and Donut Showdown all shown on the Food Network and the Cooking Channel. He was also a finalist at the International Pastry Chef of the Year competition held in New York. Bruno is currently developing the culinary program of Opus Versante, Richmond B.C.’s newest boutique hotel slated to open in 2020. 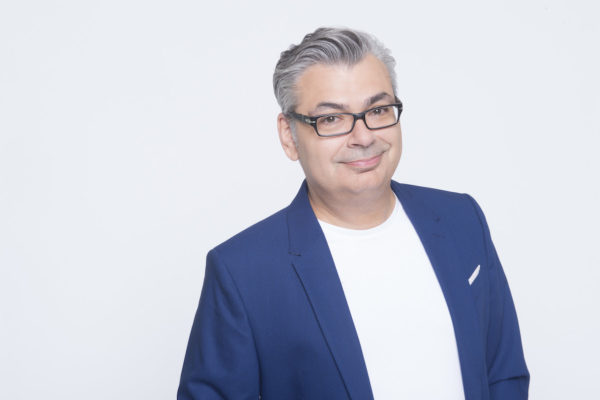 Born and raised in BC, Dennis has a career that has spanned the best restaurants in Canada, along with stints in Chicago, San Francisco, Napa Valley, New York and a win onChopped Canada for the Food Network. Most recently, Dennis appeared on Top Chef Canadaseason 7.

Out of cooking school, Dennis landed a job at the perennial best restaurant in Canada, Lumiere. After working there for a number of years and working all positions in the restaurant, he wanted more for his career, and he went on to a life changing experience working at The French Laundry with some of the top chefs in the US.

Settled back in Vancouver, Dennis has been part of opening teams at Glowbal Group, has run Grouse Mountain Resort, founded Fraiche Sheet Foods and is the new Chef de Cuisine at Notch 8 Restaurant at the Fairmont Hotel Vancouver. 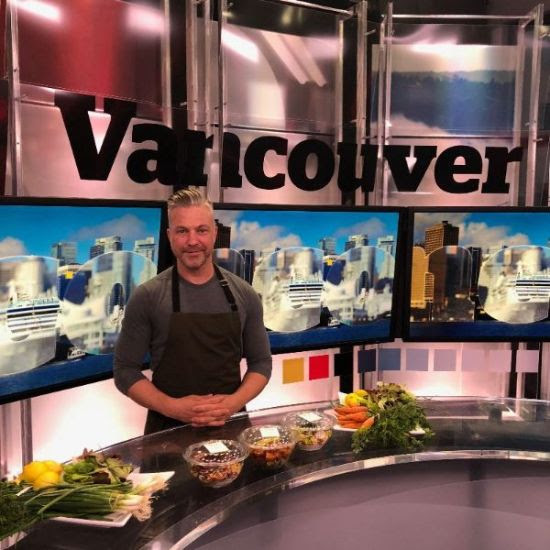 Kate Allan is a Registered Holistic Nutritionist with a passion for health and wellness. Kate uses a whole lifestyle approach, which helps to improve health and wellbeing in a realistic way. Her goal is to help people make lifestyle changes that will last, rather than quick and drastic changes that are not sustainable. Kate believes that food should be natural, healthy and nourishing and that we should be fuelling ourselves with whole foods that make us feel energized, balanced and satisfied.

Kate studied Health Sciences at Simon Fraser University, with a certificate in Applied Human Nutrition. As a Holistic Nutritionist, Kate guides individuals on their wellness journey by finding the root of their health issues. Holistic nutrition focuses on all aspects of each individual person and looks at the importance of not only physical health, but also stress, dietary patterns, exercise, spirit, relationships and more. 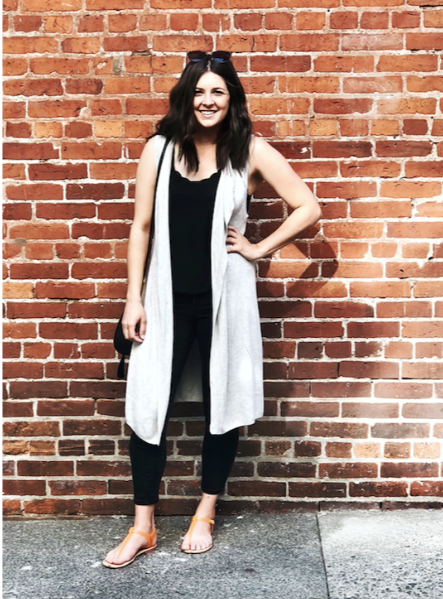 Dawn Doucette is a chef and entrepreneur. From her first successful diner in Lowville, Ontario, to project and culinary consulting work. In fact, some of your favourite dishes at Earls Kitchen & Bar, Saltlik and Town Hall were developed by Dawn.

Dawn loves to work with local and homegrown ingredients, yet her palate is global. Graduating from the California Culinary Academy, Dawn went on to study at the Sushi Academy in Japan, followed by cooking experiences in Toronto and San Francisco. Her training and mentorship under Chef Judy Rodgers (Chez Panisse, Zuni Café), a chef who  helped transform the way Americans think of food through a devotion to local, meticulously prepared, seasonal ingredients, molded her – but perhaps Dawns biggest influence is that of her Acadian family roots – you’ll see some of those influences, combined with her flavourful, sophisticated comfort food and twists on classic diner food on the menu at her new venture, Douce Diner.

Dawn’s fun, easy going manner has made her a popular guest on Vancouver’s Global TV, City TV and CTV. She was also a popular contestant on Food Network’s Canada’s Top Chef, and a much loved “grownup” chef on Global TV’s Kids Culinary Challenge. 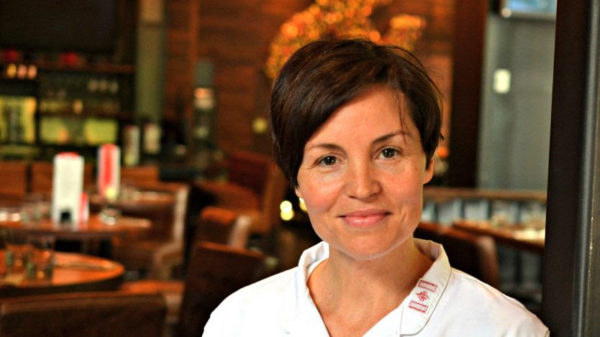 Raveena is a self-taught baker and cake designer turned pastry chef. Raveena found her passion at the age of 16, when she was creating cakes for friends and family, she even created some of her high school projects in cake form! As a result, Just Cakes was officially born in 2010.

Over the years, the small, home-based business has grown in popularity and presence in the local community and amongst social media, allowing Raveena to pay for post-secondary education. After receiving her BA degree at the University of British Columbia, Raveena travelled to Paris, France to learn from the best French chefs about the art of pastry. Returning in 2016, Raveena began to plan what we now know as Just Cakes Bakeshop. With the bakery doors opened in July 2017, Raveena’s passion is ignited afresh daily, and she continues to fruitfully enjoy the reactions and positive feedback the Bakeshop has since received. Since then, Raveena has done Chef Demos, workshops, classes, and even taken her talents to Food Network Canada. 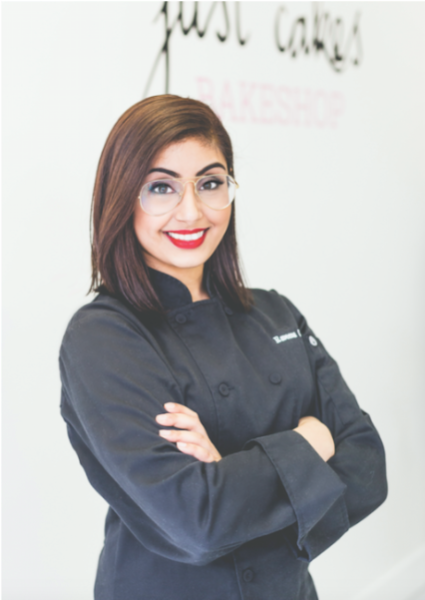 Born and raised just outside of Calgary, Drew has been in the culinary industry for over 30 years. After receiving his formal training from SAIT tech and the Banff Springs Hotel, Drew went on to work as a chef at several of Calgary’s finer restaurants. In 1996 he began working with local producer organizations like Alberta Beef and Alberta Pork producers, developing recipes and programs to assist restaurants. Drew has worked with Sofina Foods for the last four years supporting Food Service Sales in Southern Alberta. 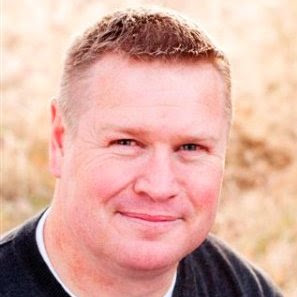 Born and raised in Quebec, Maude has called Vancouver home for the last decade. Her love of food, travel, and people has led her to explore many different roles in the wine industry, from sommelier at iconic restaurants such as Nightingale and Chambar, to her most recent role with Lifford Wine & Spirits importers. She has always believed in giving back to the industry she loves and is now an educator at Pacific Institute of Culinary Arts for the WSET program.

With an unpretentious approach to wine, she recently founded APÉROmode, to expand the community of wine enthusiasts by making wine accessible through education and events. An original student of the International Sommeliers Guild, the world of wine has always been about exploring for Maude, so she is continuing her studies with the WSET Diploma program. 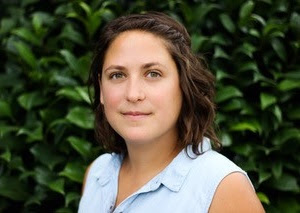 Jennifer Brott is a Registered Holistic Nutritionist and founder of Vancouver based nutritional consulting firm, My Edible Advice. Jennifer’s expertise and practice are rooted in an unwavering commitment: to empower individuals to reach their health and wellness goals by providing them with the tools to thrive.

Fuelled by this conviction, My Edible Advice has sparked an appetite for optimal health and wellness that extends far beyond its Vancouver base. Today, Jennifer and her team provide nutritional consultation, cooking classes, and meal planning sessions to a worldwide set of individual and organizational clients in pursuit of the knowledge to nourish and map to optimal health. She believes that health is happiness, and that to engage, enable, and empower her clients to live their best life is to do the very same for her.

The Vancouver Fall Home Show runs from Thursday, October 24 at 4 p.m. to Sunday, October 27 at 6 p.m. at the Vancouver Convention Centre West. For more information, or to buy tickets online and save $2, visit vancouverfallhomeshow.com. 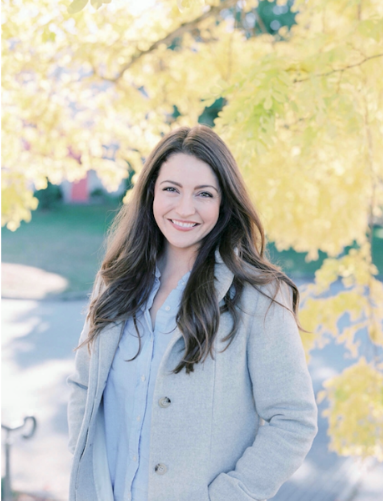 About Marketplace Events: Marketplace Events creates vibrant expositions connecting enthusiasts with experts, products and services in dynamic face-to-face environments.  The company produces 52 consumer home shows in the US, 16 in Canada, five holiday shows and two bridal shows. The 75 combined events, in 34 markets, attract 22,000 exhibitors, 1.9 million attendees and 3 million unique web visitors annually. From 15 offices, the 170-person staff produces some of the most successful and longest-running shows in North America, including market-leading shows in Minneapolis, Philadelphia, Indianapolis, Vancouver, Calgary and Montreal—some of which have thrived in their markets for more than 75 years. www.marketplaceevents.com