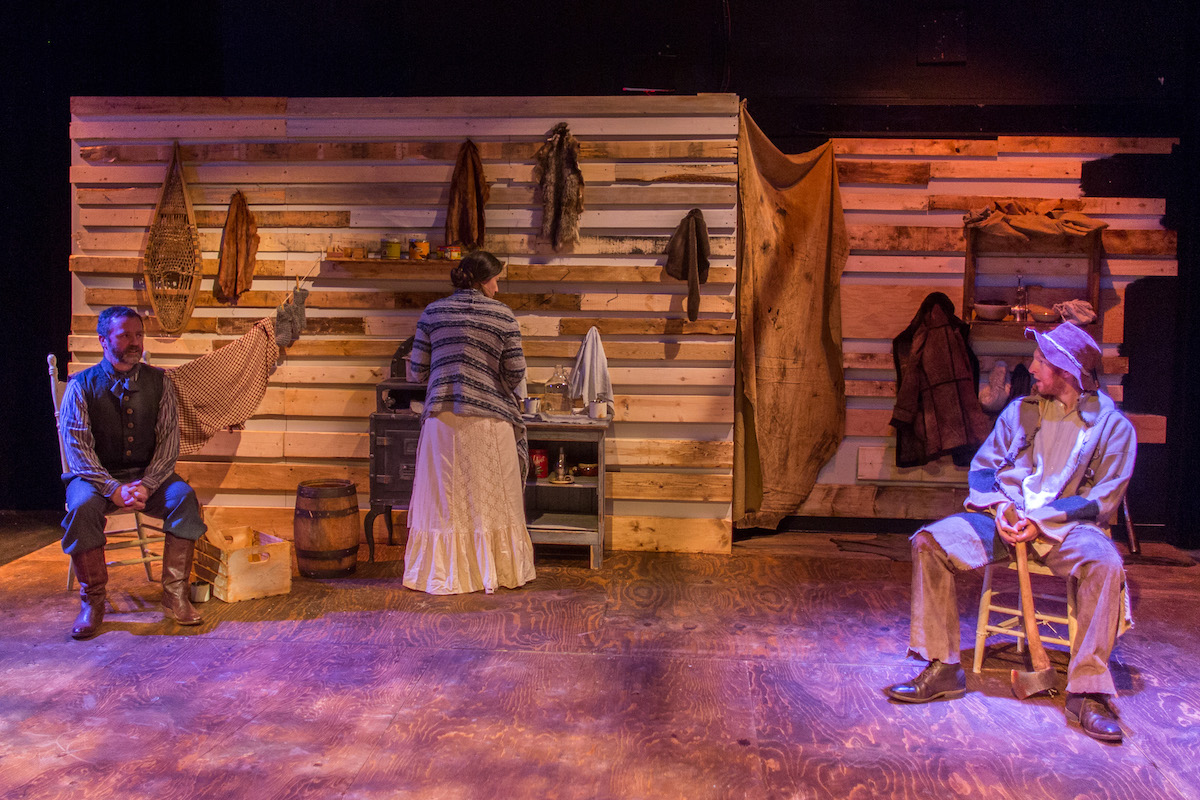 A long, cold night in Newfoundland that will leave you chilled to the bone

In 1809, two trappers disappear at Cow Head, Newfoundland. Sarah Singleton, the sister of one of the men (and fiancée of the other) sets out with a companion, John Payne, to solve the mystery. In the trappers’ abandoned cabin, they meet a mysterious stranger. Does he hold the key to the secret of the disappearance? A long, haunting night follows.

Based on true events, Berni Stapleton’s play The Double Axe Murders is a psychological thriller steeped in Newfoundland folklore.

“Want to see a scary piece of Canadiana? #theDoubleAxeMurders (#TDAM) is expertly directed by Tamara McCarthy and perfectly cast starring Jessie-award winning Yoshié Bancroft. Lots of chills and spills that will keep you clinging to your companion.” –Tetsuro Shigematsu, Playwright/Actor

Sound Design by Curtis Tweedie in collaboration with Matthew MacDonald-Bain

Share your thoughts and experience with fellow audience members during this facilitated, informal discussion.

Thursday, November 21, post-show – Talkback Thursday
Join us for an intimate conversation with the cast and/or creative team after the show.

About Gateway Theatre
Gateway Theatre enriches the quality of life in Richmond and surrounding communities by creating outstanding professional theatre and serving as a dynamic hub for the performing arts. Incorporated in 1982, Gateway is a vital member of the professional theatre scene in the Lower Mainland. The theatre offers a six-show English-language Signature Series, plus theatre education and performance training classes for youth ages 6-18 via the Gateway Academy. As a venue, Gateway Theatre provides a much-needed rental space for professional and community producers.