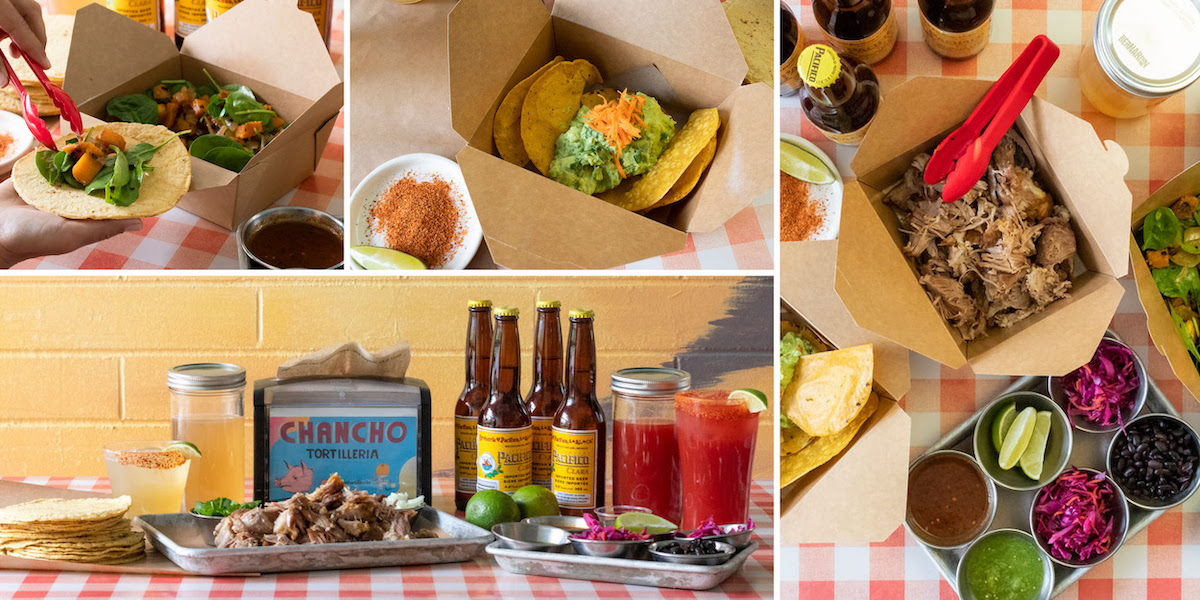 Assemble-Your-Own Kits Include Choice of Carnitas or Veggie, Margarita or Michelada Mix and all the Fixings for Four, Plus Traditional Mexican Bingo Game for First 30 Orders

Featuring enough food to feed four hungry adults, each Chancho Taco-to-Go Kit offers a choice of either carnitas — Maciza (shoulder/leg), Panza (belly), Campechano (shoulder and belly), — for a special price of $69 each, or Papas Dia (potato) or Verduras Dia (veggie) varieties for $59 each, in addition to:

A total of only 60 Taco-to-Go Kits (40 carnitas and 20 veggie) are available for the big day, with the first 30 kits ordered also taking home a complimentary Mexican Bingo game and a bag of marker beans.

Launched in 2017, Chancho has carved out its reputation as a local destination thanks in part to a true-to-its-roots menu of authentic Mexican tacos, tortillas made fresh daily with non-GMO, ancient criollo corn procured from small farms in remote Mexican communities and a kitchen guided by traditional techniques, flavours and recipes.

HOW TO ORDER
Orders for Chancho’s Picnic Kits can be preordered in advance via chancho.ca/national-taco-day until Saturday, October 3 for pickup at the restaurant (560 Davie Street) between noon and 7:30 p.m. on Sunday, October 4.

ABOUT CHANCHO TORTILLERIA | Recently named ‘Best Latin’ at the 2020 Vancouver Magazine Restaurant Awards, Chancho Tortilleria has been serving up authentic Mexican experiences in the heart of Vancouver’s Yaletown neighbourhood since 2017. Featuring tortillas made fresh daily from non-GMO, heirloom native corn procured from farmers in remote Mexican communities and topped with locally sourced, melt-in-your-mouth pork in addition to vegetarian options, Chancho is a casual, laidback tortilleria guided by traditional Mexican techniques, recipes and flavours and brings the sights, sounds and feel of a small, family run tienda de tacos north of the border. | chancho.ca

Media release and image provided by Kate Blyth, SMC Communications Inc. If you would like to be featured on MyVanCity.ca please connect with your pr agency or email myvancityval@nullgmail.com for full details.