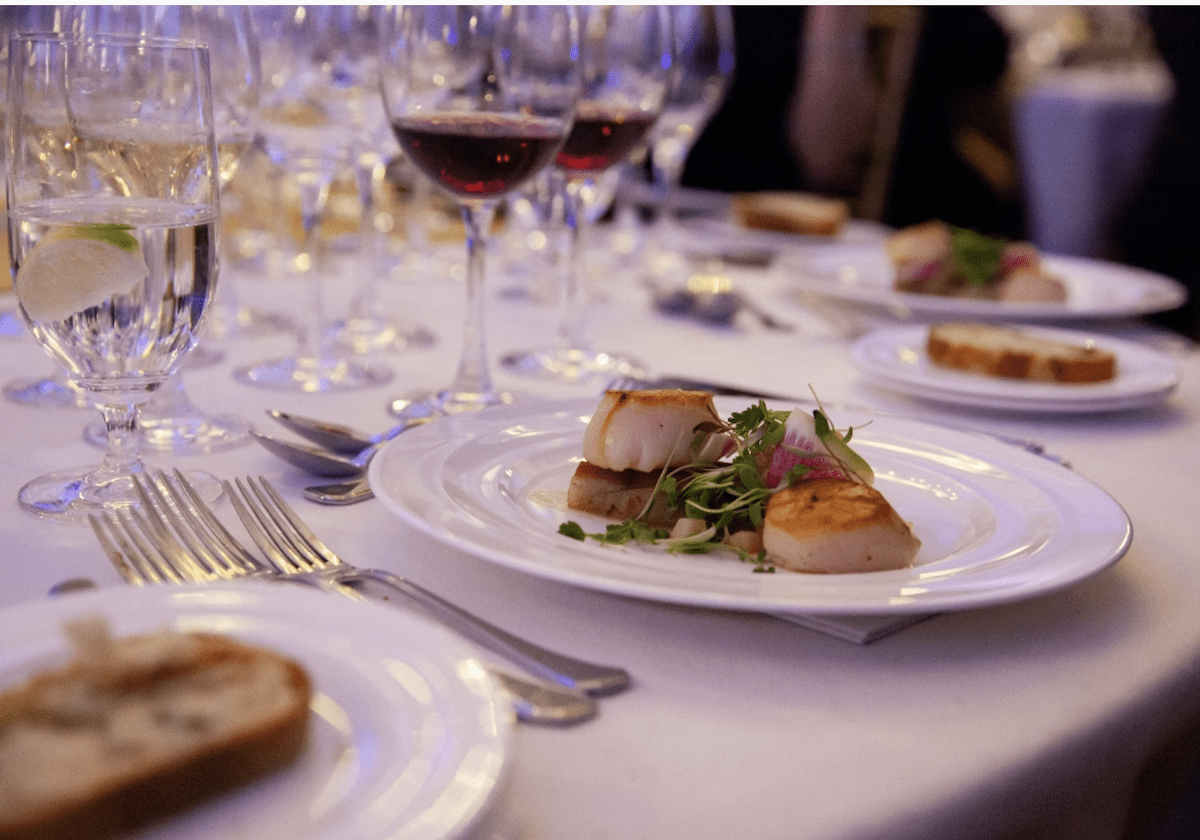 The Vancouver International Wine Festival and Bard on the Beach Shakespeare Festival are thrilled to announce that Anthony von Mandl, O.C., O.B.C., will be the Honorary Chair of the 2023 Bacchanalia Gala Dinner + Auction, presented by National Bank Private Banking 1859.

Anthony von Mandl’s roots in the Canadian wine industry date back more than five decades. His visionary efforts to transform British Columbia’s Okanagan Valley into a world-class wine-producing region have enhanced the reputation of Canadian wines internationally and made the Okanagan Valley a premiere tourism destination.

In 1981, Anthony risked everything to purchase a near-bankrupt Okanagan winery, one of only five in the valley at the time, renaming it Mission Hill after its stunning hilltop location. It took until 1994 when Mission Hill Family Estate won “Top Chardonnay Worldwide” at the International Wine and Spirit Competition in London that he knew his dream had legs. Mission Hill Family Estate has since been transformed into an internationally renowned architectural landmark and has been called the “The Versailles of the Valley” by The New York Times. After winning “Canadian Winer of the Year” for the sixth time, Mission Hill Family Estate stunned the wine world by winning “Best Pinot Noir in the World” at the Decanter World Wine Awards in London.

Anthony is a long-time supporter of both Bard on the Beach and VanWineFest and will be a tremendous ambassador for the Gala. “Bard on the Beach is the charitable beneficiary of the wine festival, and the vast majority of the funds that support Bard are raised by the Bacchanalia Gala auctions and raffle,” says Christopher Gaze, Founding Artistic Director, Bard on the Beach. “Having someone of Anthony’s stature as our Honorary Chair will raise the profile of the Gala and position it to bring the top wine collectors to the table, both literally and metaphorically.”

“The performing arts, just like meticulously handcrafting elegant fine wines, are a passion of the heart,” says von Mandl. “I’m humbled to serve as the Honorary Chair of the Bacchanalia Gala and proud to support two of British Columbia’s finest cultural institutions. This remarkable event will provide an extraordinary opportunity to showcase the performing arts alongside the most spectacular fine wines and elegant cuisine in the world.”

Anthony von Mandl is an Officer of the Order of Canada and a recipient of the Order of British Columbia; both honours recognize his innovative contributions to enhancing Canada’s international reputation in the wine industry. He holds five honorary doctorates and has been inducted into both the Canadian Agriculture Hall of Fame and American Marketing Hall of Fame. He was recently recognized with France’s Legion of Honour. Anthony is also Chairman of The von Mandl Family Foundation, supporting health, disparity, the arts, and environmental-based initiatives globally.

As well, Delta Air Lines has donated two round-trip Delta One tickets to anywhere Delta flies for the 2023 Gala Raffle. Raffle tickets will be available in March.

HOW TO PURCHASE GALA TICKETS
A limited number of individual Gala tickets are now available online or by phone. For information on full tables of 8, contact gala@nullvanwinefest.ca..

Stay in Touch
For more information about the Vancouver International Wine Festival go to VanWineFest.ca.

ABOUT VANCOUVER INTERNATIONAL WINE FESTIVAL
Canada’s premier wine show will mark its 44th edition of pairing wine, food and the performing arts from April 22-30, 2023. The festival will showcase 151 wineries from 17 countries, featured in 36 events over eight days. The Bacchanalia Gala Dinner + Auction is the main fundraising event of the festival and kicks off the festival on Saturday, April 22 at the Fairmont Hotel Vancouver. Trade Days takes place Wednesday, April 26-Friday, April 28. The festival is consistently ranked the #1 Food, Wine & Hospitality Event in Canada by New York’s BizBash. The festival is produced by the Vancouver International Wine Festival Society, which has three mandates: provide an informative, educational and entertaining wine experience for public and trade; be a premier marketing opportunity for the wine industry and festival partners; and raise funds for the Bard on the Beach Theatre Society. Since inception in 1979, the festival has raised nearly $9.9 million for the performing arts. Major sponsors are Delta Air Lines and The Vancouver Sun; major industry partners are the BC Liquor Distribution Branch, BC Liquor Stores, and the Import Vintners & Spirits Association. The Vancouver International Wine Festival gratefully acknowledges the financial support of the Province of British Columbia.

ABOUT BARD ON THE BEACH
Bard on the Beach was established in 1990 with a mandate to provide Vancouver residents and tourists with affordable, accessible Shakespearean productions of the finest quality. Bard is the second largest Shakespeare Festival in Canada, and engages hundreds of talented artists, artisans, technicians and year-round administrators. Bard’s primary focus is its annual festival in Sen̓áḵw/Vanier Park, which annually attracts over 100,000 people. Bard’s other key elements include education and training initiatives for both the artistic community and the general community at large. For more information, visit www.bardonthebeach.org.