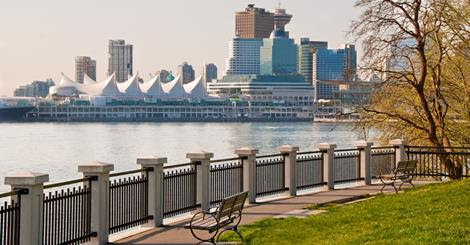 Although I think it’s important to read the report, the Economist has released its annual ranking of the world’s most livable cities and although Vancouver hasn’t topped the list since 2011, the city is still considered one of the best places in the world in which to live.

Vancouver takes top spot in North America and is the third-most livable city in the world. The city received an overall rating of 97.3 out of 100, getting full marks for healthcare, which looks at quality and availability of both private and public healthcare. The city also got top marks for education and culture and environment.

The city’s lowest score, 92.9, was for infrastructure, which looks at the quality of road networks, public transport, energy provision, telecommunications and water provision, among other factors.

Melbourne, Australia was found to be the world’s most livable city, which received full marks for infrastructure. Vienna in Austria came in second place.

Two other Canadian cities, Toronto and Calgary, made the top 10, coming in fourth and sixth, respectively. Both cities received perfect scores for stability, which measures prevalence of crime and threat of terror. Vancouver received a score of 95 in this category.

The Economist’s rankings don’t take affordability into account directly. When considering this factor, calling Vancouver the most livable city in North America may leave some scratching their heads. For example, in Mercer’s annual cost of living survey released in July, Vancouver was ranked as the most expensive city in Canada in terms of how expensive it was for expats to live there.

As well, while the sale price of homes in Vancouver in July was over $824,000 – more than double the Canadian average – British Columbians still earn less, on average, than workers across the country.

Using The Economist’s criteria, overall worldwide livability has declined, according to the report.

“When a five-year view is taken, global livability has declined by 0.68 percentage points, highlighting the fact that the last five years have been characterized by heightened unrest in the wake of the global economic crisis, which has undermined many of the developmental gains that cities may have experienced through public policy and investment,” reads the report.

According to the ranking, Damascus in Syria is the world’s least livable city, scoring a total 30.5 out of 100. It received its lowest score, 15, in the stability category.

DEATH IN A DUMPSTER: THE MUSICAL.