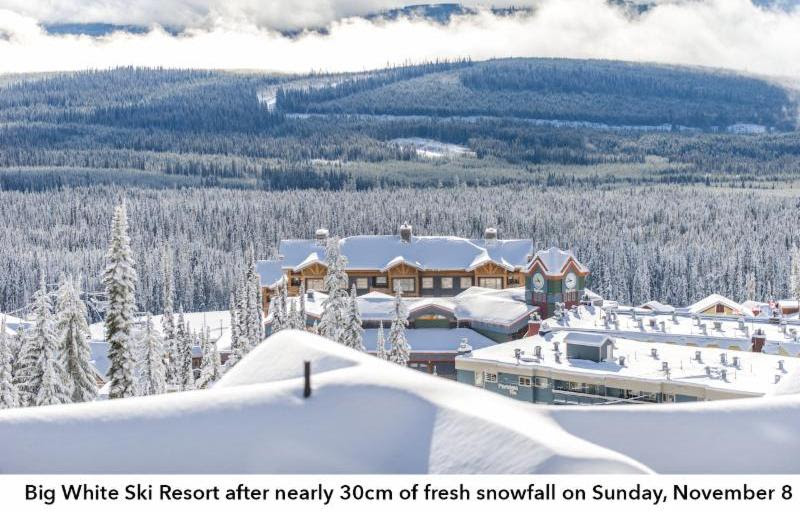 After another 30cm of fresh powder over the weekend, Big White Ski Resort is excited to announce that it will open early for the 2015 / 2016 ski season. The resort will start spinning lifts at 8:45 a.m. on Friday, November 13, nearly two weeks earlier than originally expected. This date marks the earliest the resort has opened since the 2001/2002 season.

With a cumulative snowfall of 87cm to date this season, Big White is currently one of the top resorts for snowfall in British Columbia and Alberta, according to a recent report from SnowSeekers. 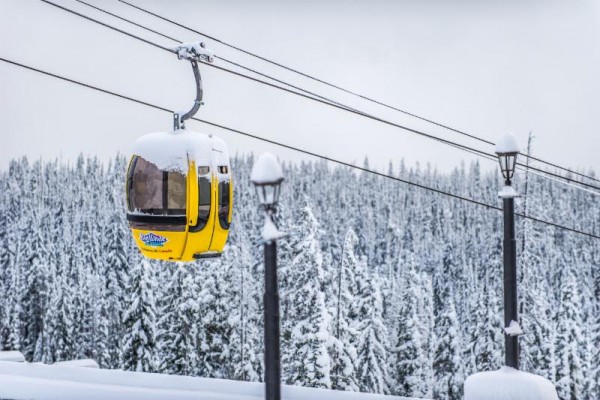 “Our on mountain team works so hard at this time of year to make sure that seasons pass holders and visitors get on the snow as soon as Mother Nature allows,” says Michael J. Ballingall, senior vice-president of Big White Ski Resort Ltd. “It’s always been the family’s policy to open a lift as soon as snow permits and it’s safe to do so, and that’s what we’ve done again this year.”

Skiers and snowboarders visiting the resort will be able to purchase lift tickets at 50% off their regular retail price until the resort opens more chairlifts and terrain. With the slopes opening on November 13, now is the time to book:

Start Your Season with Free Skiing

Start the season with free skiing and room rates starting at $137 CAD per night with Big White’s Ski Free Special.

Stay and Ski Free with our Four for Three

Guests who book three nights and three days of skiing with Big White Central Reservations by November 30, get the fourth night and fourth day of skiing free. Choose from the resort’s inventory of accommodation; hotel rooms and suites; condominiums to suit every taste and budget, townhomes, luxury cabins and vacation homes.

Big White Ski Resort has partnered with many major airlines to make it easier for guests to hit the slopes. WestJet offers daily non-stop flights from all major Canadian cities. Air Canada also offers non-stop flights into Kelowna from Vancouver, Calgary and Toronto.

Big White Gets the Jump on 2016 Winter Fun

SUMMER TURNS BIG WHITE INTO AN ADVENTURE  PLAYGROUND FOR ALL AGES