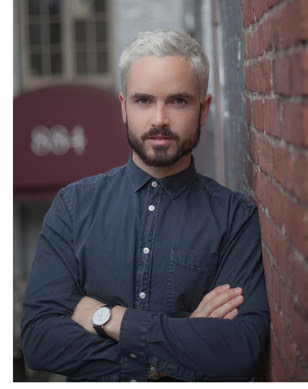 Yaletown’s OPUS Hotel is pleased to announce the appointment of Daniel Burke as the new General Manager of the boutique hotel’s award-winning Italian restaurant La Pentola.

Burke joins the La Pentola team from Chinatown’s renowned Bao Bei Brasserie, where he enjoyed a six-year stint in various roles including General Manager. Previously Burke also worked at a range of restaurants during his travels and spent four years at Gastown’s Chill Winston as a server, bartender and then manager.

“Some General Managers are cocktail fanatics; some are chefs; some are servers that never want to serve again; and some are wine geeks,” says Burke. “I like to think that I’m a little bit of all of those things with the addition of also being an artist and designer. But above all I’m a people person.”

Thoughtful and efficient, Burke’s management style focuses on fostering a positive work environment for his team and providing a warm welcome for guests of the restaurant. He brings humour and hard work to the hotel while making sure there is compassion and camaraderie amongst the kitchen and front of house teams. Burke’s goal is to encourage guests to discover La Pentola’s beautifully designed space and welcoming staff. Most importantly he would like to introduce them to the talents of Chef Travis McCord: “He’s extremely passionate,” says Burke. “The high level of talent in the kitchen team makes my job so much easier.”

Uniquely stylish and always fresh, OPUS Vancouver is showcased by vibrant design, sophisticated style, and intuitive service bringing contemporary innovation to life. OPUS remains a leader in redefining the boutique hotel experience, located in the heart of Vancouver’s see-and-be-seen neighbourhood, Yaletown. Located in OPUS Vancouver is the city’s award-winning Italian restaurant, La Pentola and the newly opened OPUS Bar. Recognized in the 2015 Forbes Travel Guide as Vancouver’s only four-star boutique hotel, OPUS Vancouver has also been named a Top 10 Hotels in Vancouver by the Condé Nast Traveler’s Readers’ Choice Awards and a Top 500 Hotels in the World by Travel + Leisure magazine. vancouver.opushotel.com

Catch the Kissmas Spirit with the Yaletown BIA

#FridayFavourites…places to go, things to do this weekend and thru April 28