WITH LESS THAN 60 DAYS UNTIL PCMA CONVENING LEADERS, VANCOUVER IS POLISHING THE BRASS AND FLUFFING THE SHEETS

Vancouver prepares for influential “convention for convention planners” in January

The rainforest in Stanley Park has been watered, the glass towers buffed to a sparkling sheen, and Vancouver’s surrounding mountains have a fresh dusting of snow.

All this is in preparation for PCMA Convening Leaders – the influential “convention for convention planners” which comes to Vancouver in less than 60 days’ time.

With just two months to go, Vancouver hosts are working like busy beavers to prepare for the arrival of this important group. The ultimate goal? To convince attending planners to book their organization’s next meeting or event in Vancouver. 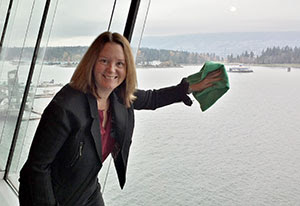 Dave Gazley, vice president of Meeting and Convention Sales at Tourism Vancouver, has been busy weeding and pruning the 1,000-acre Stanley Park so PCMA delegates can walk, jog or cycle to their hearts’ content in the world-renowned park [photo at top].

Over at The Fairmont Waterfront Hotel, General Manager Indu Brar, also chair of the Vancouver Hotel Destination Association, is personally testing each bed in the Convening Leaders 43,000-room-night hotel block to ensure delegates will have restful sleeps after intensive days of professional development and networking [photo bottom right].

What’s more, all the Vancouver hosts are busy preparing for an exceptional delegate experience that will begin as soon as attendees arrive at Vancouver International Airport, including city tours, blow-your-mind opening and closing events, and seamless transportation. 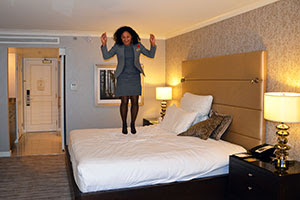 Headquartered in Chicago, the Professional Convention Management Association (PCMA) is the definitive authority in education, business networking and community engagement for leaders in the global meetings, convention and business events industry.

Convening Leaders takes place January 10 to 13, 2016 at the Vancouver Convention Centre in Vancouver, British Columbia, Canada. This is the first time Convening Leaders has come to Vancouver and only the third time the conference has been held in Canada.

For information on the Vancouver experience during Convening Leaders, visit www.tourismvancouver.com/meetings/pcma2016.

And to find out how you can win your registration to Convening Leaders, click here.