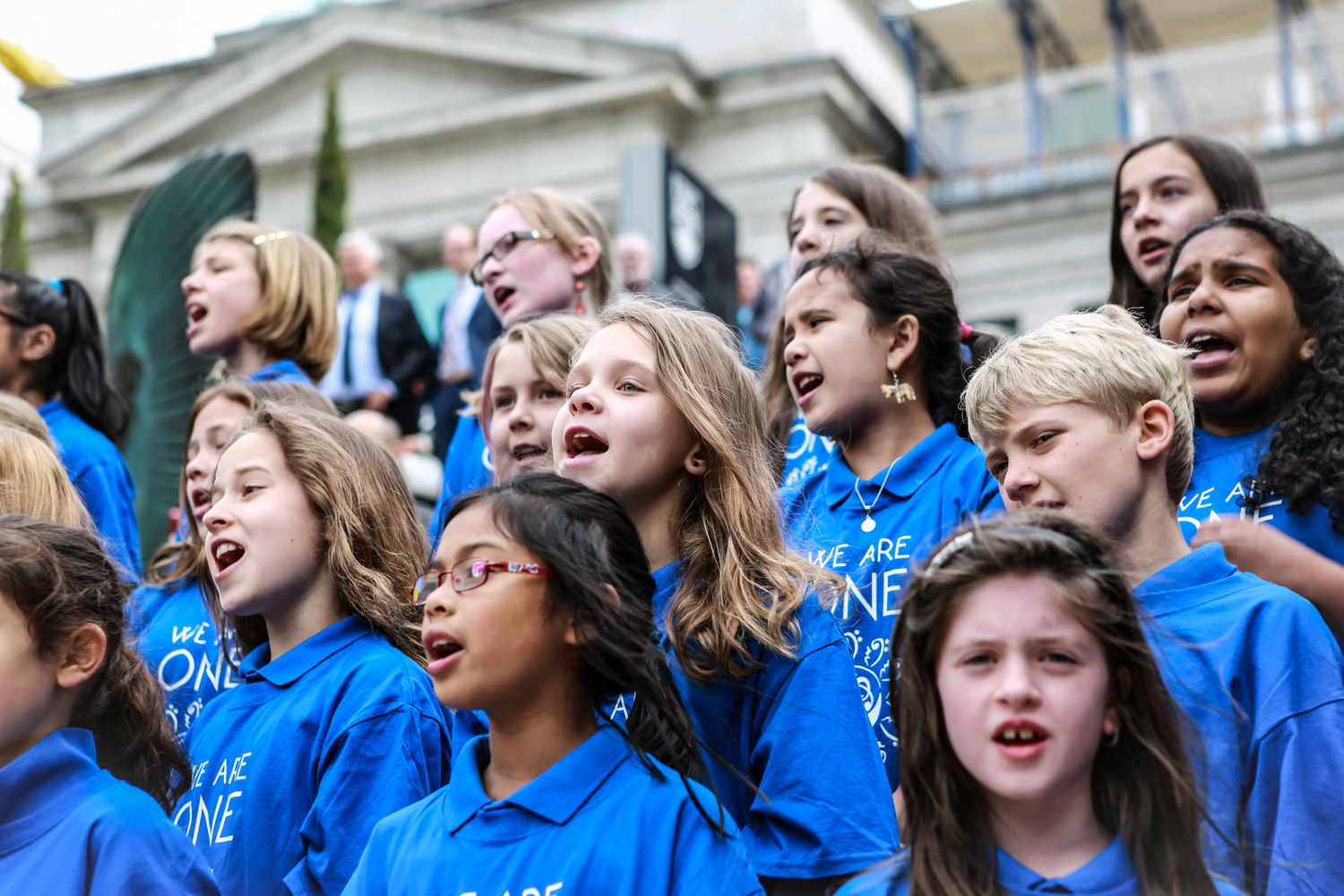 An ensemble of Metro Vancouver elementary and secondary students will give a free public concert, May 2, 10am at Robson Square, as part of the 12th annual Music Monday, a cross-Canada event to raise awareness for music education. Dr. Robert Taylor and Dr. Jonathan Girard from the University of British Columbia School of Music will conduct the mass performance with Canadian children’s singer and JUNO award-winning artist, Charlotte Diamond, emceeing the event.

More than 200 young musicians from Vancouver, Delta, Coquitlam, New Westminster, and North Vancouver will together be joined by members of the award-winning Vancouver Bach Choir, as well as the Royal Canadian Artillery’s Band of the 15th Field Regiment, and the Vancouver Fire and Rescue Service band. The concert event will begin at 10am with all groups and students performing the Music Monday anthem, We are One. The theme song selected following a nationwide competition in 2014 was written by then 16-year-old Connor Ross of Ontario.

About The Coalition for Music Education in British Columbia (cmebc.org)

The Coalition for Music Education in British Columbia (CMEBC) is a registered non-profit society made up of parents, educators, arts organizations, and supporters from across the province, whose mission is to protect, promote, and advance music education in B.C.

The Coalition for Music Education in Canada presents