EARLY BIRD TICKETS are on sale now until October 14:

Save 30% off single tickets to either show!

“VIDF’s very reason for existing is to transcend barriers of location and language – and offer Vancouver audiences windows into other places and cultures through movement,” says Barbara Bourget, Co-Producer of VIDF. “With these two highlight presentations, we showcase the magnificent diversity of this form – and two uniquely beautiful means of expression. With LINES Ballet, we witness the form and fluidity of contemporary ballet channeled through an eclectic, worldly filter. With Dairakudakan, we experience butoh mastery – and all the humour, horror, and pathos the form exudes.”

Shostakovich takes ballet to extreme dimensions with its explosive athleticism. Set to four Shostakovich string quartets, the company is pushed to the limit, moving at fast, frenetic paces: one minute performing triple and quadruple pirouettes – tossed and spun into upside down lifts – the next, effortlessly balancing on pointe in gorgeous, long limbed poses.

Having enjoyed critical success at its world premiere in April 2016, SAND is touted as “transformative” – a sophisticated spectacle performed to the original, masterful score of tenor saxophonist Charles Lloyd and jazz pianist Jason Moran. The trailblazing jazz duo, who brought their partnership to the dance stage for the first time with SAND, amplify the virtuosity and potency of King’s insanely talented company of dancers.

“Alonzo King is one of the few bona fide visionaries in the ballet world today.” – San Francisco Chronicle

Following their Canadian premiere at VIDF in 2015, the otherworldly Japan-based ensemble Dairakudakan returns in celebration of award-winning Choreographer / Director Akaji Maro’s 45th anniversary with the butoh-theatre company. At 73-years of age, Maro is a revered grandfather of the butoh genre, having studied under Tatsumi Hijikata – one of the original innovators of the art form. Since this tutelage, Maro has advanced butoh considerably through dramatic choreography and theatrics, coupled with a distinct focus on individuality within the group.

Founded in 1972, Dairakudakan is Japan’s longest-standing butoh ensemble, globally recognized for spectacular and theatrically explosive performances. As part of VIDF 2017, the company will present its latest groundbreaking work, Paradise, which enjoyed its world premiere this past June at Tokyo’s Setagaya Public Theatre. The work’s origins came from Maro’s realization that hell is abundantly described in literature and culture, and yet there seems to be little consensus around what constitutes paradise.

On a white, geometric set, the 21 members of the company embark on a surreal and haunting journey – filled with provocative, dreamlike imagery. Amidst visions of jungle locales, ghoulishly cheerful roller-skating gangs, and chained-and-bound masses, the work ultimately asks whether paradise is something that can only be found by tunneling within.

“Performance art at its ultimate.” – The New York Times

EARLY BIRD TICKETS are on sale now until October 14 at: vidf.ca:

Save 30% off single tickets to either show!

VIDF 2017 will take place from March 1 through 25, 2017 at various venues throughout Vancouver. 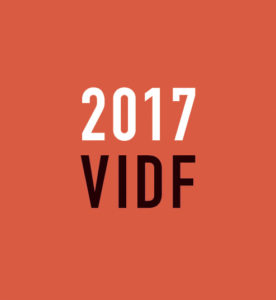 Each year the festival scours the globe, and its own backyard, to assemble a thrilling month of emotionally rich and intellectually stimulating dance expressions. In doing so, the festival functions as an important link between Vancouver and a vibrant, international community of artists, ensuring world-class contemporary dance will always have a place in the hearts and minds of Vancouver audiences.