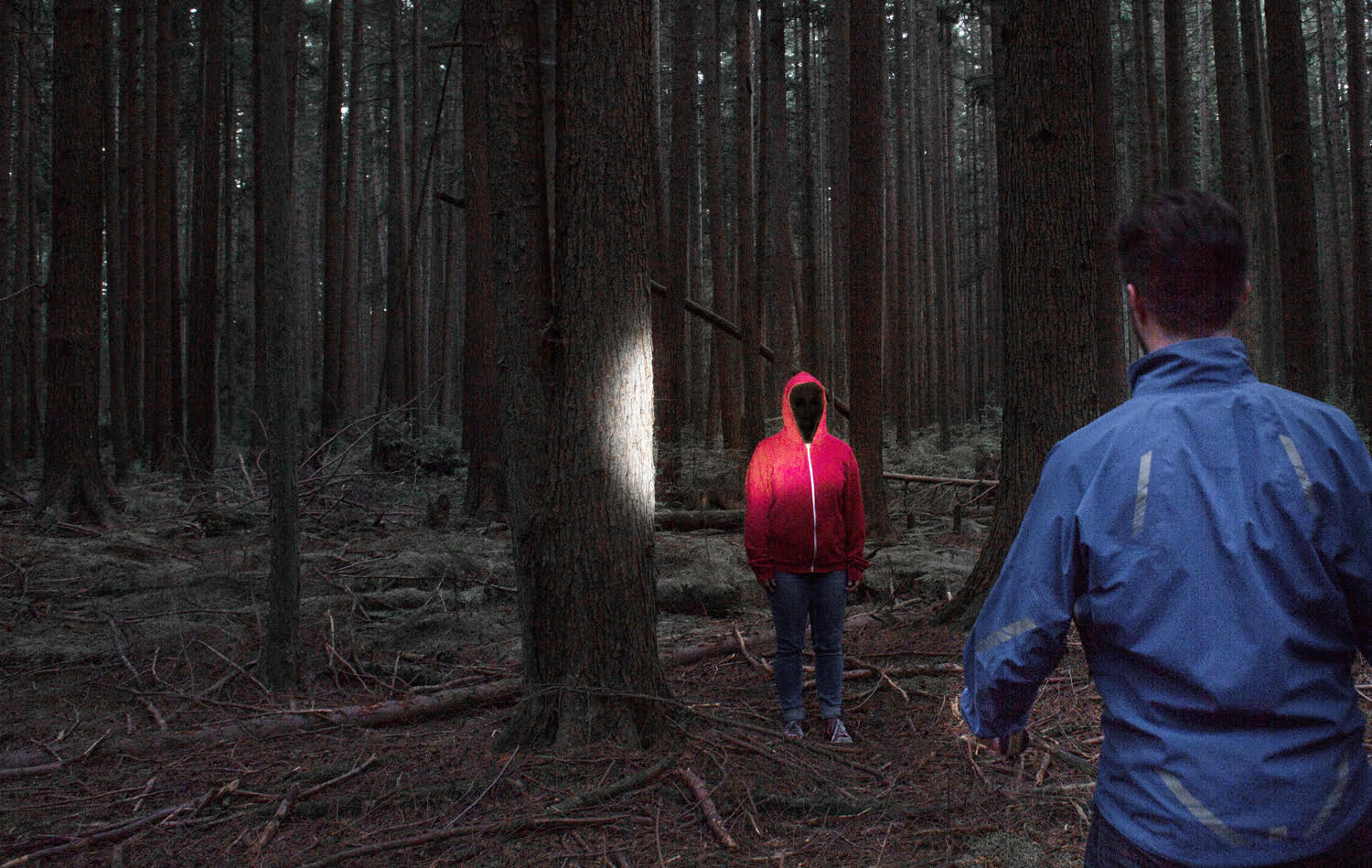 ITSAZOO presents the bone-chilling, site-specific horror event Hidden, October 22 – November 13, 2016 at UBC Botanical Garden. Inspired by slasher-era movies such as Friday the 13th and Halloween, Playwright and Co-Director Sebastien Archibald and award-winning Director Chelsea Haberlin will take participants on an experiential journey. Armed only with flashlights, intimate audiences of 13 people will tread deep into the forest to witness the grisly tale of the Lost Lovers Murder Tour.

“There is something primevally frightening about the woods at night. It triggers something in our imagination and minds that links us back to our earliest ancestors, as they huddled around their fires,” says Chelsea Haberlin, Co-Artistic Producer and Director of the upcoming work. “With Hidden, we take this primal fear and mix in the contemporary fascination with voyeurism. In an age of Making a Murderer binge-watching and unlimited access to strangers’ lives through social media, we flip the equation on its head. While audiences begin the experience as the observer, they very quickly become the observed.”

The production begins with audience members loading into a van belonging to The Lost Lovers Murder Tour and setting off toward their destination. As they travel into the woods, their tour guide shares the gruesome story of a murder that took place in the forest exactly 20 years ago – and of a restless spirit who still walks the woods. Upon arrival, the tour begins to offer a dramatic re-enactment of three university students’ final hours – but quickly takes a terrifying and unexpected turn for the worst.

The show is performed promenade-style, with scenes taking place in different locations and the audience being led from one to the next. The production makes extensive use of one of the Botanical Garden’s most unique features: the Greenheart TreeWalk. This 310m long aerial trail system consists of nine platforms linked together by a series of single-file bridges. Audiences will experience portions of the show from various platforms, as the scenes unfold on the ground below.

Tickets and further information at www.itsazoo.org

WARNING: This show contains Graphic Violence and Course Language. Not suitable for people under the age of 16. This is a promenade play that requires the audience to walk in minimal light through the forest, so ease of mobility is necessary. Not recommended for people who have a fear of heights or the dark.

Shows happen rain or shine regardless of weather. Audience members are encouraged to dress for the elements.

ITSAZOO Productions creates dynamic theatre events for daring audiences – whether it’s a fly-on-the-wall immersive experience, or a participatory, site specific event. The company formed in 2004 and is operated today by Co-Artistic Producers: Sebastien Archibald, also Playwright-in-Residence, and Chelsea Haberlin, recipient of a Jessie Richardson Award in Directing and The Ray Michal Award for Outstanding Body of Work by an Emerging Director. Through four core values – immersion, risk, fun, and community – ITSAZOO creates absorbing, all-encompassing worlds for audiences to experience.

A New Play by Sebastien Archibald

Audience Rendezvous: The Wolf and Hound at 3617 West Broadway (Between Dunbar & Alma)

We’ll put a spell on you…