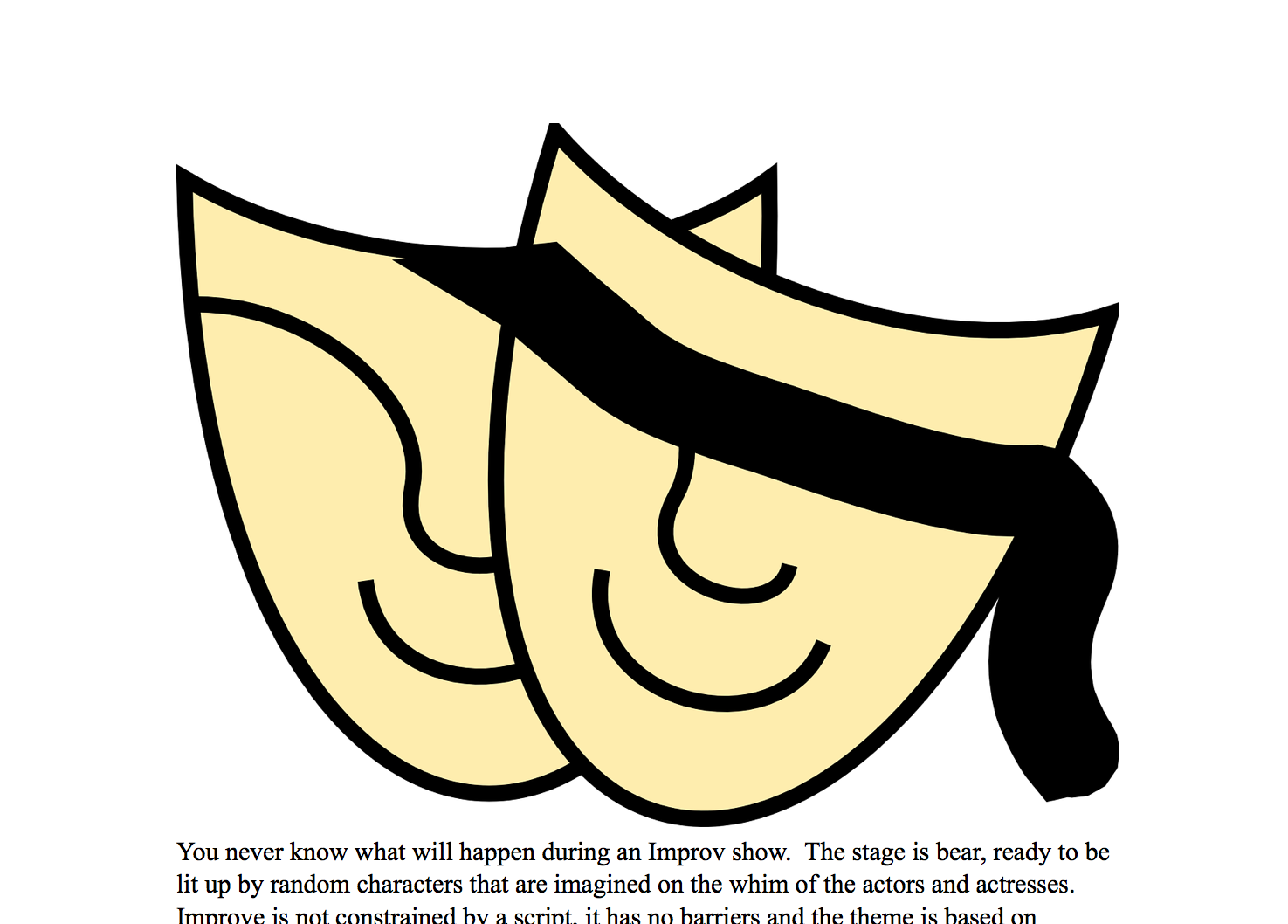 You never know what will happen during an Improv show.  The stage is bear, ready to be lit up by random characters that are imagined on the whim of the actors and actresses. Improve is not constrained by a script, it has no barriers and the theme is based on chance, improvise, and sometimes comes from a voice from the audience.

I recently attended an Improv Show at Performance Works in Vancouver Granville Island. The Performance Work’s stage was covered with over 15 faces. Their acting was top notch and the Improv group seemed flow perfectly as a synchronized group. Members were able to harmoniously fit into any story that was thrown their way.

The show was a 2-piece ensample and showcased 2 different Improv groups. The story line was formed around an unusual topic chosen by an audience member. Immidiatly after the audience the Improv group shouts the story line out creates an unscripted performance out of thin air. Their performance is a testament to their talents.

Both Improv groups at the Performance Works was absolutely hilarious- the audience barely could stop laughing. The group began by simultaneously unfolding a random story by creating mini scenes and tagging ach other out of different scenes and groups. The story kept on evolving into something that could not have been better if it was already pre-scripted.

If you are a fan of comedy and live theatre, I and I am sure everyone in the audience would recommend attending one of Performance Works Improv Shows.