STOMP, the international percussion sensation and Red Truck Beer Company (Red Truck) are hosting a special preview of STOMP, as it begins its Vancouver run. 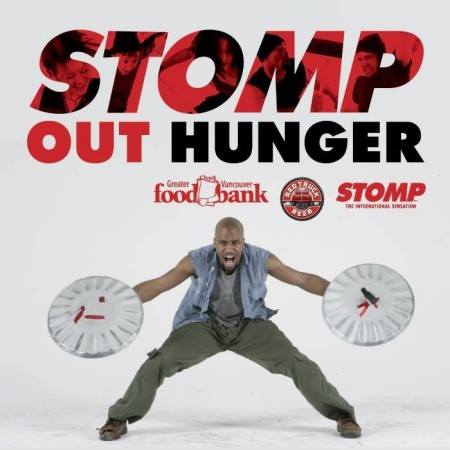 Join the cast on Friday, January 13, 2017 from 1pm – 1:30pm at Red Truck Brewery (295 East 1st Avenue) to see them “play the brewery”, demonstrating their talents on found objects such as kegs, bottles, cans and more in support of the Greater Vancouver Food Bank drive to STOMP Out Hunger.

From its beginnings as a street performance in the UK, STOMP has grown into an international sensation over the past 26 years, having performed in more than 50 countries and in front of more than 24 million people. Red Truck will host STOMP to mark the close of its Greater Vancouver Food Bank Drive, STOMP Out Hunger, and to celebrate STOMP’s eagerly anticipated return to the Queen Elizabeth Theatre from January 13 – 15, 2017.

This event is open to the public. Anyone who drops off cash or a non-perishable food donation at Red Truck Brewery between now and January 13 will receive a coupon for $5 off their ticket to STOMP at the Queen Elizabeth Theatre, January 13 – 15, 2017.