Premium, small-lot wines the first of their kind made entirely in Vancouver

Vancouver Urban Winery (VUW) and Wine Director David Stansfield are pleased to announce the launch of their new premium, in-house Reliance Series, the first wines of their kind made entirely in Vancouver. 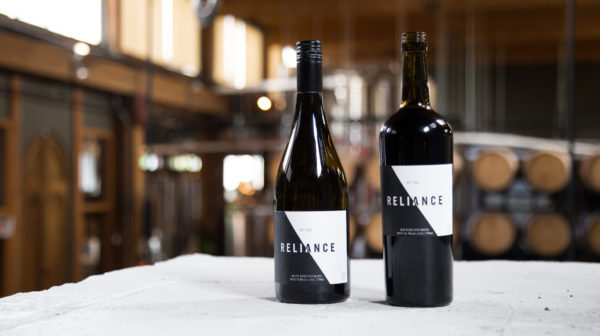 Crushed and aged at Vancouver Urban Winery’s Railtown facility, the Reliance Red and Reliance White are each sourced from single vineyards in the Okanagan. The series’ name pays homage to Railtown’s industrial legacy: Reliance Metal Works was the original tenant of the 1920s-era warehouse—now known as The Settlement Building—where Vancouver Urban Winery is located. 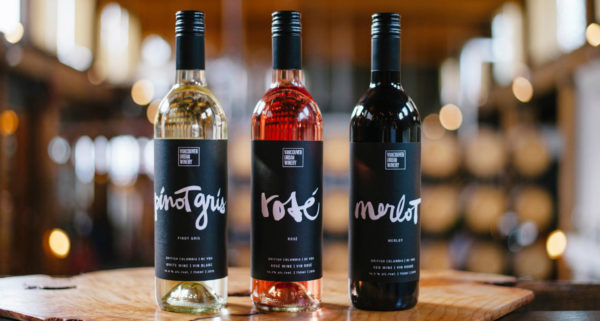 Reliance Red and Reliance White are being released alongside new 2016 vintages of VUW’s proprietary core trinity: Pinot Gris, Rosé and Merlot, all made at Okanagan Crush Pad’s Summerland facility.

All five wines are available exclusively at Vancouver Urban Winery’s boutique, located inside The Settlement Building (55 Dunlevy Ave. in Railtown), 11am to 11pm weekdays, 10am to 11pm weekends.

Sustainably-farmed grapes grown in the clay sub-soils of Serendipity Winery’s 10-acre vineyard on the north end of the Naramata Bench allow this Merlot to strike a balance between structure and freshness with a complex nose of ripe plum, black cherry, sweet spice, and sage.

A celebration of BC’s most popular variety and no-fuss every day drinking. This wine is all about fruit. It saw minimal time in oak to preserve freshness and crushability. A consummate cool climate red.

Pinot Gris is a natural fit for super natural British Columbia. The VUW Pinot Gris is no exception. All steel. No oak. Just pure, refreshing, BC fruit.

Pink wine is life. A BC Rosé made in the elegant Provencal style. Perfectly crisp and dry but with unabashed Okanagan fruit character.

All wines available at: