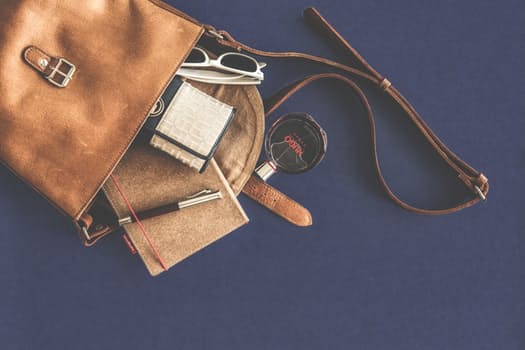 I had just finished taking some shots with my phone and our group decided to split up and get serious about shopping. Two went off west, one east and I stepped aside to do my Instagram post. Then I remembered I had offered to pay for the things we needed for Sunday night dinner so I dashed off in a westerly direction to catch up to the other two.

I was walking at a good pace to catch up with everyone when a small child stepped right across my path. Now anyone who spends much time with knee biters will know what happens next – your feet stop suddenly and you pivot to your toes, your legs go back and, your bottom sticks out and you bend forward to try to avoid crashing into the human obstacle.

That’s how it’s supposed to work. But what happens when it doesn’t work that way? Well let me tell you: Newton’s theory comes into play, and, you got it, I’m in free fall. My left hand is clutching my phone, my purse is over my left shoulder, my market bag is on my right arm and I am going straight down. It all happened so fast there was hardly time to react. Bam, face plant on the pavement. My initial reaction to the fall was shock and intense pain. I was sure I had knocked my teeth out, the pain in my mouth was excruciating and I could taste blood.

Let me tell you when you hurt yourself there is no such thing as pride or embarrassment. I lay there for a few seconds and could hear people around me asking what happened. My husband rushed over and asked how I was and if I could get up. He helped me up and someone else brought a chair. Aside from the pain I felt I was okay but quite quickly the nausea came over me. At about this point a woman came over, identified herself as a nurse, and told me what to expect in the first few minutes as I mostly zoned out.

A kind soul (whose name I think might have been Brenda) asked my name, got me some water when I said I felt dizzy and ill. She managed to find a freezer ice pack somewhere which she put on the back of my neck. The symptoms she had described were starting to happen and I suddenly felt very warm, feverish and very tired. Someone found a first aid kit but during the 15 or 20 minutes I was there no one could find the first aid attendant. My chin was cut and bleeding badly and a hunt for some ice came up empty save for a bag of frozen fruit which I put on my face. It really helped to have someone in control and I am very grateful to the nurse who made the time to stay with me.

Off to the emergency room where I received very good care. Well maybe except for when they wiggled every tooth to see if they were loose. I received local anesthetic by needle and stitches in my chin, ouch that hurts. Apparently my lip was also badly cut due to the swelling so that had to be stitched. No anesthetic for that one and it really hurt.

Now it’s the next day: I’m sore in a lot more places. Trying to hydrate myself threw my swollen, stitched lip and sore teeth. The heels of both my hands are bruised and I must have at least partially broken my fall because my upper arms are also quite sore.  The clasp on my purse is scratched but the sunglasses inside survived. I might lose a finger nail on my left hand but amazed I didn’t break a single nail.  My lips are dry and cracked and keep sticking together which hurts and is kind of annoying. Eating and drinking is very challenging.

The point of putting all this down in writing is to deal with the symptom that is the most bothersome and troubling – my feeling of vulnerability. Have I reached that point in my life where falls are going to be more common, do I have less control?

About a year ago I experienced a heel spur followed by plantar fasciitis which developed into chronic knee pain. My sleep was interrupted and several trips to the physio were only mildly effective. Then one day while making my way to a seat on the bus there was an unexpected lurch and my knee snapped painfully which caused the ligaments in the back of my knee to tear. I was a disaster.

I don’t really focus on my age, except maybe in the morning when I have to face the mirror, but one thing that horrifies me is the thought of being that old woman limping along with a walker. I have been sporadically active throughout my life. A committed aerobics exerciser when my kids were small, started jogging, once ran a half marathon and a full marathon in the same year. When running wasn’t in the cards anymore I enjoyed hiking. Just three years ago I was bike riding 25 km 6 days a week. Until last year I was a big walker. I was angry at myself over the foot and knee problems which I know were caused by my lack of regular exercise and excess weight.

After months with no relief in my knee I decided enough is enough. I got myself a good quality glider and now use it every day for 45 minutes. I can even use a stationary bike without discomfort. The regular exercise helped me greatly and along with a more restricted diet and positive attitude I am gradually coming closer to my goal weight and a better level of fitness.

So now what? Physically I don’t see any setbacks from my fall. I actually feel more confident about my well being and vulnerability since writing this post.

Where do I go from here? I’m not going to let this stop me. I will be at my orthodontist’s door step first thing tomorrow morning for a once over and an x-ray, hoping my roots haven’t been damaged. I missed using my glider yesterday and I’ll go at it a little more cautiously today while I regain my equilibrium.

I have four events to attend over the next three days so when you see me about with a fat lip and a stitched chin you can ask me: “what does the other guy look like?”

1 thought on “Does pride exist after the Fall?”