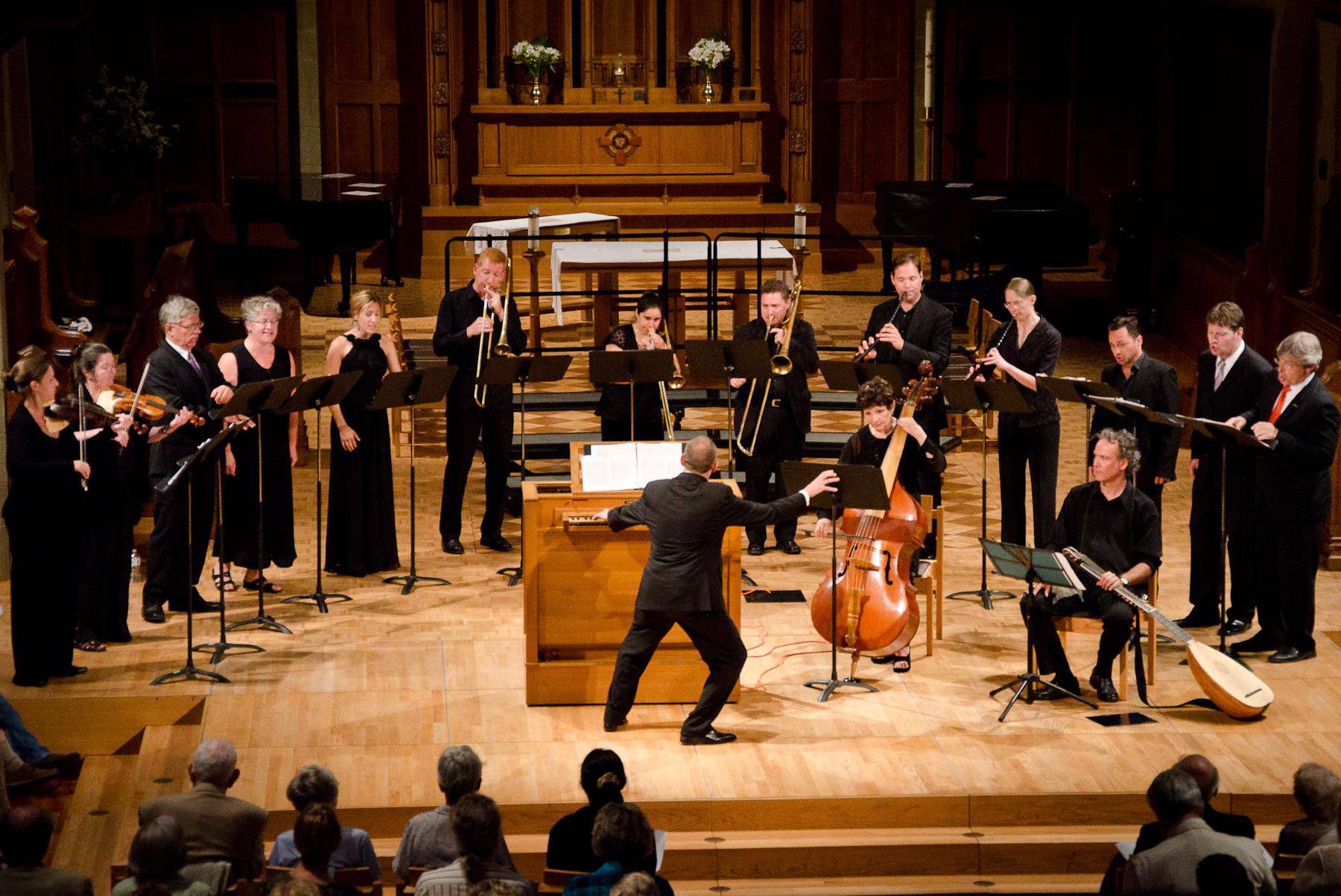 Early Music Vancouver (EMV) proudly presents the return of the Vancouver Bach Festival, August 1 – 11, 2017 at the Christ Church Cathedral in the heart of downtown, and at the Chan Centre for the Performing Arts. Following the success of last summer’s inaugural festival, EMV offers a remarkable 14 concerts, ranging from intimate chamber music programmes to a full Passion Oratorio, and features over 60 performers including guest artists from all over the world.

Inspired by the 500th Anniversary of Martin Luther’s Protestant Reformation, this year’s festival is a celebration of music’s supreme ability to transform and persuade. Furthermore, the festival programming fittingly honours the genius of Bach and other composers who were so profoundly shaped by Luther’s influence. Highlight concerts include Matt Haimovitz’s intriguing new perspective on Bach’s Cello Suites in Overtures to Bach, as well as the Vancouver premiere of The Fountains of Israel: a relatively unknown, but moving masterpiece by composer Johann Schein, who occupied Bach’s position in Leipzeig exactly one century before the iconic creator. The festival reaches its stirring finale with Bach’s monumental St. John Passion on Friday, August 11 at the Chan Centre. Special guests performing in 2017 include two world-class vocal ensembles from Europe: Cinquecento and Gli Angeli Genève, whose internationally-acclaimed members will perform both as ensembles and as soloists in other programmes throughout the festivities. 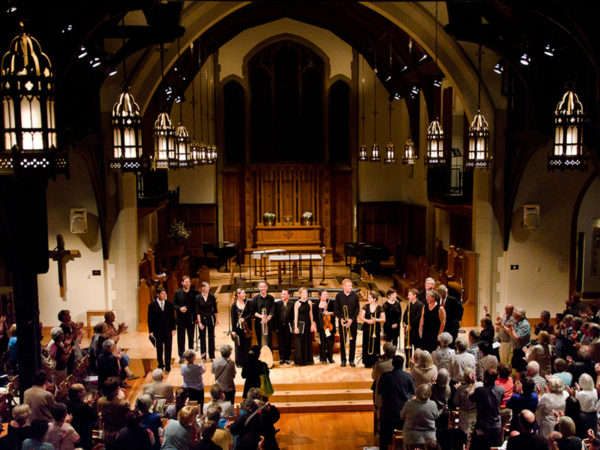 “Our second annual Vancouver Bach Festival is a celebration of music’s power to move people’s hearts and minds,” says Matthew White, Executive and Artistic Director of EMV. “More than a historical examination, this year’s festival is an incredible opportunity to be inspired and transformed by wonderful music and gifted artists from all over the world.”

J.S. Bach (1685 – 1750) is regarded as one of the greatest composers in Western musical history. His legacy includes some of the most beautiful and well-crafted music ever written. Almost three centuries after Bach’s passing, his vast catalogue of works are still revered, studied, and reinterpreted by music lovers across the globe.

Overtures to Bach
August 1 at 6pm and 9pm
Renowned as a musical pioneer, Canadian cellist Matt Haimovitz performs four of Bach’s beloved Cello Suites preceded by new commissions written by composers including Philip Glass and David Sanford that anticipate, reflect, and transform the originals.Haimovitz’s new ‘overtures’ build a bridge from the master’s time to our own, and demonstrate that Bach’s influence is even more important and pervasive today than it was in the 18th Century. Between each performance there will be a dinner break for those who would like to attend both hour-long events.

Songs of Religious Upheaval: Byrd, Tallis, Tye – Music from Reformation England
August 2 at 7:30pm (Pre-concert talk 6:45pm)
Audiences who love Renaissance polyphonic choral music will delight in Cinquecento, a premiere vocal quintet with members from five European countries. For this concert, the ensemble will share the emotionally charged and harmonically rich Latin Church music of William Byrd, Thomas Tallis, and Christoper Tye. These exquisite polyphonies were composed during the height of the English Reformation, representing a time of deep conflict and religious turmoil.

Handel in Italy: Virtuosic Cantatas
August 4 at 7:30pm (Pre-concert talk 6:45pm)
For this program, two of Europe’s most accomplished young Baroque vocalists, Terry Wey and Jenny Högström, perform virtuosic cantatas and fiery love duets by Handel from his early Italian period, along with a duet by Agostino Steffani, one of Handel’s mentors.

Before Bach: “The Fountains of Israel” by Johann Schein (1623)
August 8 at 7:30 pm (Pre-concert talk 6:45pm)
Leading European vocal ensemble, Gli Angeli Genève, will take audiences on a journey back in time a century before Bach when music in Northern Germany came under the influence of a new and powerful musical language known as the Italian madrigal ­– Johann Schein was one of three German composers who successfully adapted and converted this new form to fit German language. The ensemble will perform Schein’s traditional masterpiece Israelis Brünnlein or The Fountains of Israel, an exquisite collection of madrigals written on biblical texts from the Lutheran Bible.

Heavenly Love: Sacred Arias for Counter-Tenor
August 9, at 7:30pm (Pre-concert talk 6:45pm)
Alex Potter, hailed by the International Record Review as a “rising star of the counter-tenor world,” treats audiences to pieces set to religious text that were originally not intended for church, but for entertainment or private devotion in family homes. Using the diverse colours of counter-tenor, lute, organ and viola da gamba, this programme presents music by Buxtehude, Schütz, Purcell and Strozzi, and explores their heartfelt and passionate responses to these beautiful texts.

Music of Missions and Mystery: Latin American Baroque
August 10, at 7:30pm (Pre-concert talk 6:45pm)
In this unique programme, Pacific MusicWorks, led by GRAMMY award-winner Stephen Stubbs, explores works written as part of the Catholic Church’s Counter-Reformation. Audiences will hear a vibrant mix of Italian, Spanish, African, and indigenous elements that inspired the new musical style heard in cathedrals and missions of colonial Latin America that continue to speak to us today.

J.S. Bach St. John Passion at the Chan Centre
August 11, at 7:30 pm (Pre-concert talk 6:45pm)
Join the Pacific Baroque Orchestra, the Vancouver Cantata Singers, and a cast of seven international Bach specialists for a dramatic presentation of one of the greatest works in the classical repertoire. Considered the closest thing that Bach came to writing an opera, St. John Passion is written mostly from Martin Luther’s German translation of the Bible. Led by Alexander Weimann, the part of the narrator will be taken on by Thomas Hobbs, one of the leading ‘Bach Evangelists’ of our time.

To complement the artist lineup, EMV will offer an array of thought-provoking film screenings and expert talks, which audiences can enjoy with wine and refreshments in a relaxed atmosphere. To learn more, please visit:

Enjoy any four concerts at the Vancouver Bach Festival for the price of three. Purchases of more than four concert packages will also receive a 25% discount.