The film opens with a car driving erratically down a Mexico City street as “Live For Today” blares from the speakers. The car belongs to seemingly care free Eligio (Gael Garcia Bernal) who is married to Susana (Verónica Echegui). Eligio, who wants to be an actor, instead of pursuing his role in a soap opera, drinks too much and has a roving eye. Susana wants to be a writer.

Eligio arrives home one day to discover that Susana has left him. He panics, phoning everyone he can think of who might know where she is, including the local emergency line, where the receptionist assures him that the correct term for his situation is not “missing person”, but rather, “spousal desertion”. Through the wonders of the internet, he finally discovers that she has enrolled in the Iowa Writer’s Workshop. Without a moment’s hesitation, he sells his car for cash and gets on an airplane heading for Iowa.

What follows is a sometimes funny, sometimes disturbing series of events during which Eligio and Susana argue, reunite, and separate again. Eligio’s complete ignorance of American laws and customs lead to some comic scenes, while his jealousy and outbursts, especially in regard to the poet that Susana met when she first arrived in Iowa, do a lot to explain why she may have disappeared in the first place. The end of the film is upbeat; perhaps the couple has matured as a result of their exploits, but then again, perhaps not.

“You’re Killing Me Susana” will air again on Tuesday, August 29th at Cinematheque 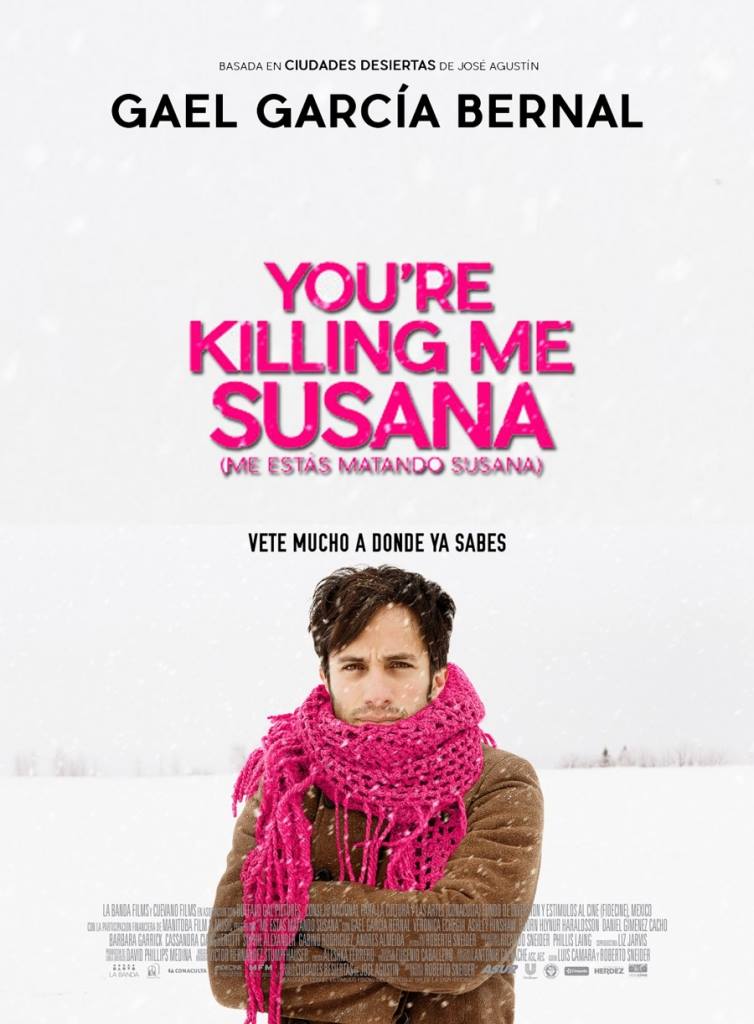