October 14 world-class comedian, mentalist & hypnotist Randy Charach will perform his world renowned, highly interactive and hilariously funny show at the Norman Rothstein Theatre, 7 and 9 pm. Randy will share his skills as comedian, mind-reader, and hypnotist in a stunning performance where audience participation lends itself to hilarious comedic interaction! I have attached a press release with more information, and a video of Randy’s show may be seen here. Partial proceeds from ticket sales will be donated to the Canadian Mental Health Association. 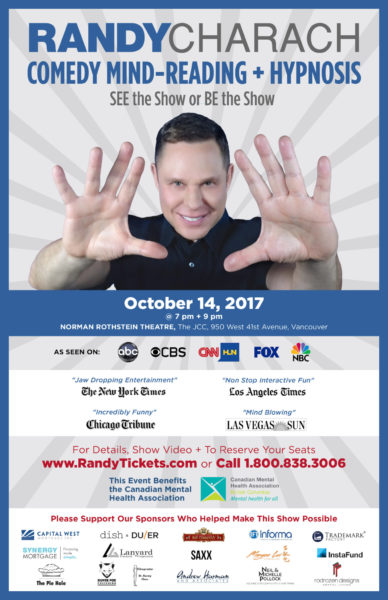 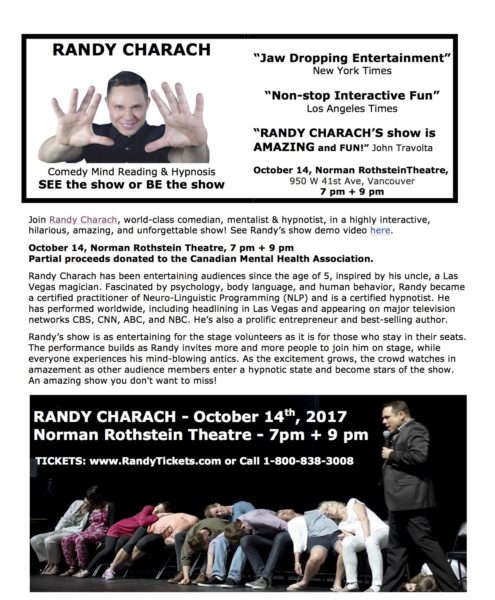 Murder on the Improv Express – A Killer Comedy!