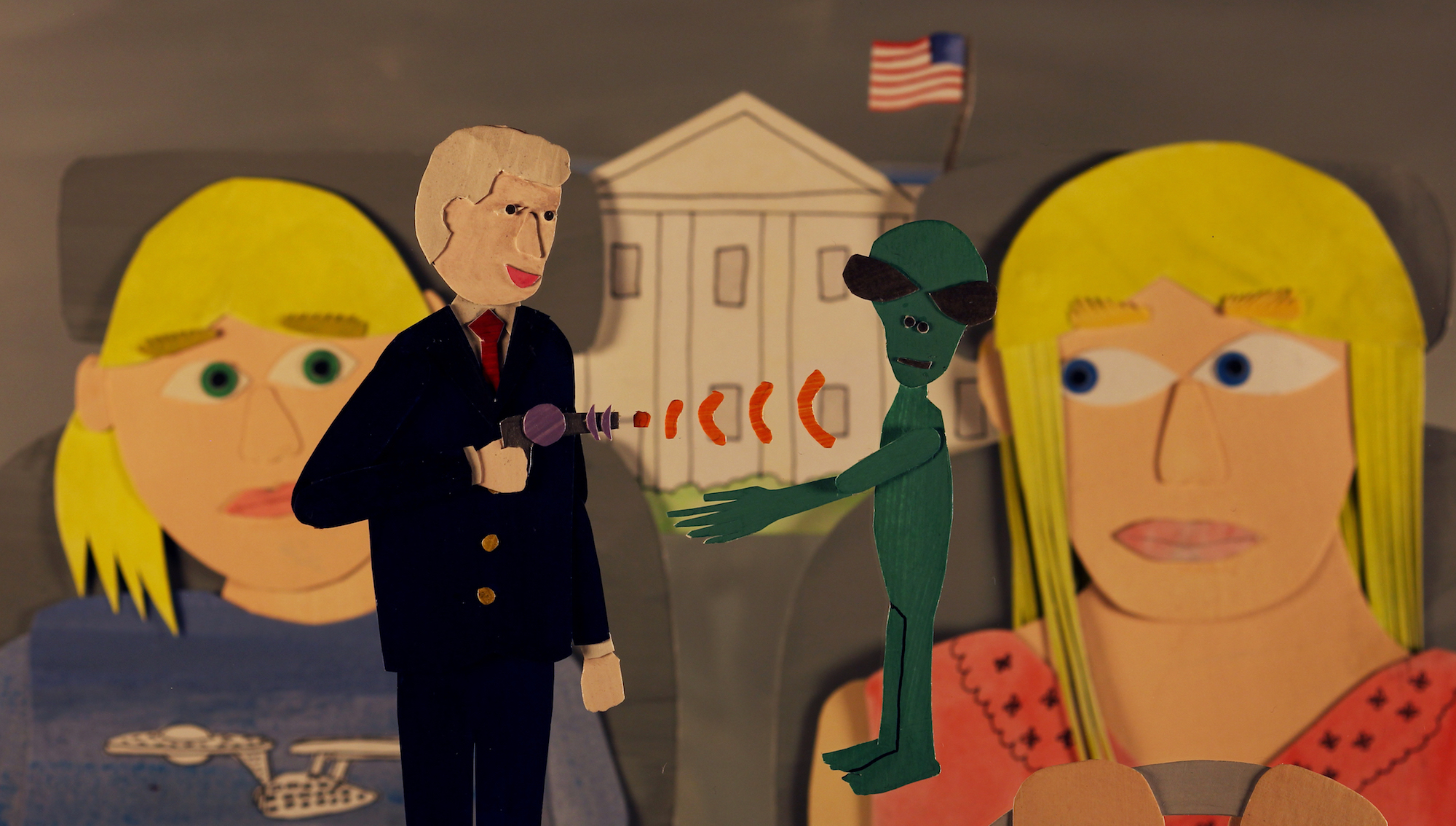 Three-week festival showcases pioneering theatre, dance, multimedia,
music & film from across Canada and around the globe

The PuSh International Performing Arts Festival (PuSh Festival) announces its 14th annual edition, taking place January 16 to February 4, 2018 at various Vancouver venues. Acclaimed artists from 11 countries will descend on the city for the three-week celebration of cutting-edge expression. From the intimate and immersive, to the monumental and spectacular, a myriad of transformative experiences are in store.

“The PuSh Festival attracts those seeking to come face-to-face with the moving, the startling and the visionary,” says Norman Armour, Artistic and Executive Director of the PuSh International Performing Arts Festival. “We aim to deliver this through the moment of live performance—but put equal weight on what audiences carry away with them long after the show is over. This year’s artists hold dear our particular historical moment and our collective place within it. Their voices resonate with the here and now; they cry out on the political, the social and the personal. Their vision addresses a need that feels more urgent than ever, asking us to take into account what we witness—to question our surroundings, to take stock of ourselves, our assumptions and our actions with courage and, ultimately, to view our shared humanity with greater understanding and compassion.”

The 2018 PuSh Festival features 28 works, including 20 Main Stage shows. Eight Club PuSh shows will be presented at The Fox Cabaret, and three of which will also be presented at New Westminster’s Anvil Centre. Plus, the 2018 PuSh Festival offers industry networking events at the PuSh Assembly, visionary films in the PuSh Film Series, professional workshops, artist talks, and many more ancillary events.

Each year, PuSh Festival is proud to partner with international collaborators in artistic exchange. In 2018, the Festival features a Spotlight on Ireland, a suite of works from the Republic of Ireland and Northern Ireland. This captivating snapshot of the Emerald Isle and the creativity that springs from it is made possible by the support of Culture Ireland.

PuSh Passes and tickets for the 2018 PuSh Festival are on sale at pushfestival.ca

Some Hope for the Bastards – Frédérick Gravel (Canada)
Supported by CDM2 Lightworks
Jan 16 | Vancouver Playhouse
The “most significant dance artist to emerge in Quebec in the past 10 years”, Frédérick Gravel is back at PuSh following 2014’s sold-out Usually Beauty Fails. In this unholy hybrid of the highbrow and the high-octane, nine dancers perform as though enraptured by the rhythmic live score.

Inside/Out – Neworld Theatre (Canada)
Presented with Touchstone Theatre
Jan 17–21 | Performance Works
Patrick Keating was once a bank robber and a convicted criminal—a fact hard to believe about this much-loved Vancouver independent theatre artist. Here he shares a rare, human glimpse at what it means to be a lawbreaker in a riveting and wit-filled memoir.

Reassembled, Slightly Askew – Shannon Yee (Northern Ireland)
Presented with The Cultch
Jan 17–Feb 4 | Culture Lab, The Cultch
In this multidisciplinary adventure and real-life head-trip, acclaimed playwright Shannon Yee shares her experience of surviving a traumatic brain injury and a medically induced coma. Placed in a hospital bed with headphones, audiences become immersed in her mind in this intimate and psychedelic work.

The Events – Pi Theatre (Canada)
Presented with Pi Theatre
Jan 17–28 | Russian Hall
One of the worst crimes of the 21st century—the massacre of 77 adults and minors at a Norway summer camp—is the inspiration of this provocative play by Scotland’s David Greig. In the face of heinous acts breaking communities apart, The Events is an act of community engagement, prompting discussion and catharsis.

Piece for Person and Ghetto Blaster – Nicola Gunn (Australia)
Presented with The Dance Centre
Jan 17–19 | Scotiabank Dance Centre
Merging the physical and the cerebral, the athletic and the abstract, Melbourne-based performer, writer and director Nicola Gunn recalls a frustrating encounter in a foreign country that has stayed with her. From that experience, she crafts this frenzied and downright electrifying show to dissect morality, culture and the politics of intervention.

MDLSX – Motus (Italy)
Presented with Il Centro Italian Cultural Centre
Jan 18–21 | Roundhouse Community Arts & Recreation Centre
Subverting gender binaries, Italy’s award-winning Silvia Calderoni puts on a raucous and visceral dance party filled with contemplation and ecstasy. In the role of performer and DJ, while changing identities and attire, she exposes notions of sexuality for what they are: barriers to be broken down.

Lookout – Andy Field (England)
Jan 20–21 | Vancouver Lookout Harbour Centre
Supported by British Council and Seedlings Foundation
What will happen to Vancouver and its youth destined to inherit it? Overlooking the city, audiences sit one-on-one with local children to contemplate these questions. A beautiful and humbling look at our city and the future through the lens of a child’s rich imagination.

I’m Not Here – THEATREclub (Ireland)
Presented with The Cultch
Jan 24–28 | Historic Theatre, The Cultch
A transformative work navigating the soundscape of grief. Doireann Coady is a fearsome new talent in the Irish theatre scene. Here she sings a few songs, reads a few poems, tells a few stories, and duets with her brother who’s been dead for 3,104 days. That’s how long she’s been thinking about this show.

Endings – Tamara Saulwick (Australia)
Supported by Roundhouse Community Arts & Recreation Centre
Jan 26–28 | Roundhouse Community Arts & Recreation Centre
A deeply moving performance that “stays with you long after you leave.” With record players, a reel-to-reel recorder, a singer and his guitar, Australia’s Saulwick conjures visions and voices of the afterlife. From rich textured recordings emerge stories on mortality and loss.

Dublin Oldschool – Emmet Kirwan (Ireland)
Presented with The Cultch
Jan 30–Feb 3 | Historic Theatre, The Cultch
This is the story of a wild reunion between two estranged brothers: Jason, the would-be DJ, and Daniel, the washed-up junkie. Told through spoken word, with intermittent dialogue and poetic reflections, the brothers reminisce about drug binges and raves while striking up a new bond, offering hope and courage in the face of addiction.

King Arthur’s Night – Neworld Theatre (Canada)
Presented with UBC Theatre and Film
Jan 31–Feb 4 | Frederic Wood Theatre
Radical for its inclusivity and its reimagining of the classic Camelot legend, this epic production premiered to wide acclaim at Toronto’s Luminato Festival. Accompanied by live band and a 20-person choir, the cast, featuring actors whose life experience include Down syndrome, bring big heart and personality to the Knights of the Round Table.

BiRDMAN LiVE – Antonio Sanchez (USA/Mexico)
Presented with BlueShore Financial Centre for the Performing Arts & Vancouver International Film Festival
Feb 1 | Vogue Theatre
Witness one of the world’s greatest drummers perform his tour-de-force score for the 2015 Oscar-winning film. The screen might belong to stars Michael Keaton, Edward Norton and Emma Stone, but Sanchez owns the stage with his live percussions. This is a night at the movies like no other, having seen sold-out crowds in L.A., Sydney, Mexico City, and beyond.

Pour – Daina Ashbee (Canada)
Presented with The Dance Centre
Feb 1–3 | Scotiabank Dance Centre
From Vancouver-trained choreographer of Cree, Métis and European ancestry Daina Ashbee, comes this bold dance work fusing the profoundly personal and the ferociously political. It’s a visceral meditation on the menstrual cycle that takes unflinching pride in the female body. Bearing it all, dancer Paige Culley offers a fierce performance that explores the line between beauty and agony.

CLUB PUSH SHOWS
Club PuSh is all about cutting-edge performance in a less formal atmosphere. These works by emerging and established artists are alive with the experimental spirit, pushing performance forms to new limits.

New this year, Club PuSh has two homes: The Fox Cabaret in Vancouver and the Anvil Centre in New Westminster.

Torrey Pines – Clyde Petersen (USA)
Jan 20
Trans filmmaker and musician Clyde Petersen presents a stop-motion animated adventure into his misgendered pre-teen years spent in Southern California. Playing to live score performed by Petersen and his band, this is a movie memoir as innovative and idiosyncratic as they come.

HINKYPUNK – FakeKnot (Canada)
Jan 26
Vancouver’s own Ralph Escamillan reveals a dance spectacular that has him decked out in “sequin skin”­—a walking, breathing and shiny signifier. Inspired by drag, ballroom and vogue subcultures of expression through artifice, he offers a beguiling and sexy study on the gaze, the body and the self.

Daughter – QuipTake & Pandemic Theatre (Canada)
Feb 1
A harrowing yet hilarious exploration of “toxic masculinity.” Toronto comedian Adam Lazarus, a recent new dad, comes to grips with what it means to become the father of a daughter, and with smart, incisive and remorseful self-reflection, asks, “What are you willing to forgive?”

Cris Derksen – Cris Derksen Trio (Canada)
Feb 2 | Anvil Centre
Feb 3 | The Fox Cabaret
Presented with Anvil Centre
Cellist and composer Cris Derksen has been called to collaborate with icons from Kanye West to Naomi Klein. Armed with loop pedal, drum machine, and cello, the JUNO Award-nominee pulls audiences into the propulsive, hypnotizing pounding of powwow music, head-nodding rhythms of a hip-hop, metronome thumps of a techno mix, and more in a thrilling night.

Spokaoke – Annie Dorsen (USA)
Feb 2 | Fox Cabaret
A night of karaoke like no other. Participants won’t find any Queen or Taylor Swift here. In their place are some of the great artists who have gone down in history for their words. More than 90 classic speeches by the greats of our time, from Socrates to Sarah Palin, await to be recited.

PUSH FILM SERIES
A film series to round out the PuSh Festival experience of the performing arts. The darkened cinema mirrors the darkened theatre in illuminating and surprising ways.

The Making of Justice ­­– Director: Sarah Vanhee (Belgium/The Neatherlands)
Jan 16 | Vancity Theatre
Presented with Vancouver International Film Festival
In this chilling and provocative documentary, seven convicted murderers work with the director to plot a crime film. Bringing their own experiences to the table, they present a connection to violence that no fiction film can claim.

The Walkers – Director: Singing Chen (Taiwan)
Jan 23 | Vancity Theatre
Presented with Vancouver International Film Festival
Choreographer Lin Lee-Chen creates brilliant works of movement and colour; in this documentary, the director presents a style to match her subject. The film employs a visual lyricism that evokes the dance master’s grace as much as it documents it.

History History History – Deborah Pearson (England)
Jan 30 | Vancity Theatre
Presented with Vancouver International Film Festival
At the centre of this live performance is a Soviet-sponsored sports comedy released in the 1950s that became tied to a political uprising, making a mark on world history. Using the film as material, Pearson creates a live documentary onstage, fusing the political, the historical and the achingly personal.

PUSH ASSEMBLY
The PuSh Assembly is an open invitation to industry insiders and arts aficionados alike to gather, to connect and to share ideas and perspectives around the performing arts. The 2018 PuSh Assembly is designed in two series: Ideas (free and open to the public) and Industry (accessible with a PuSh Industry Pass). The PuSh Assembly events engage audiences and industry professionals with the Festival artists through artist talks, a dialogue series and networking opportunities.

PUSH PASSES
PuSh Passes are the best way to experience the PuSh Festival. Pass holders save up to 30% off single tickets. PuSh Passes are flexible so Passholders can book tickets online at anytime. Limited quantities.

MORE INFORMATION
Pick up the comprehensive 2018 program guide at any location of JJ Bean, Choices Markets and other select locations. You can also reach us at pushfestival.ca, info@nullpushfestival.ca or 604.605.8284.