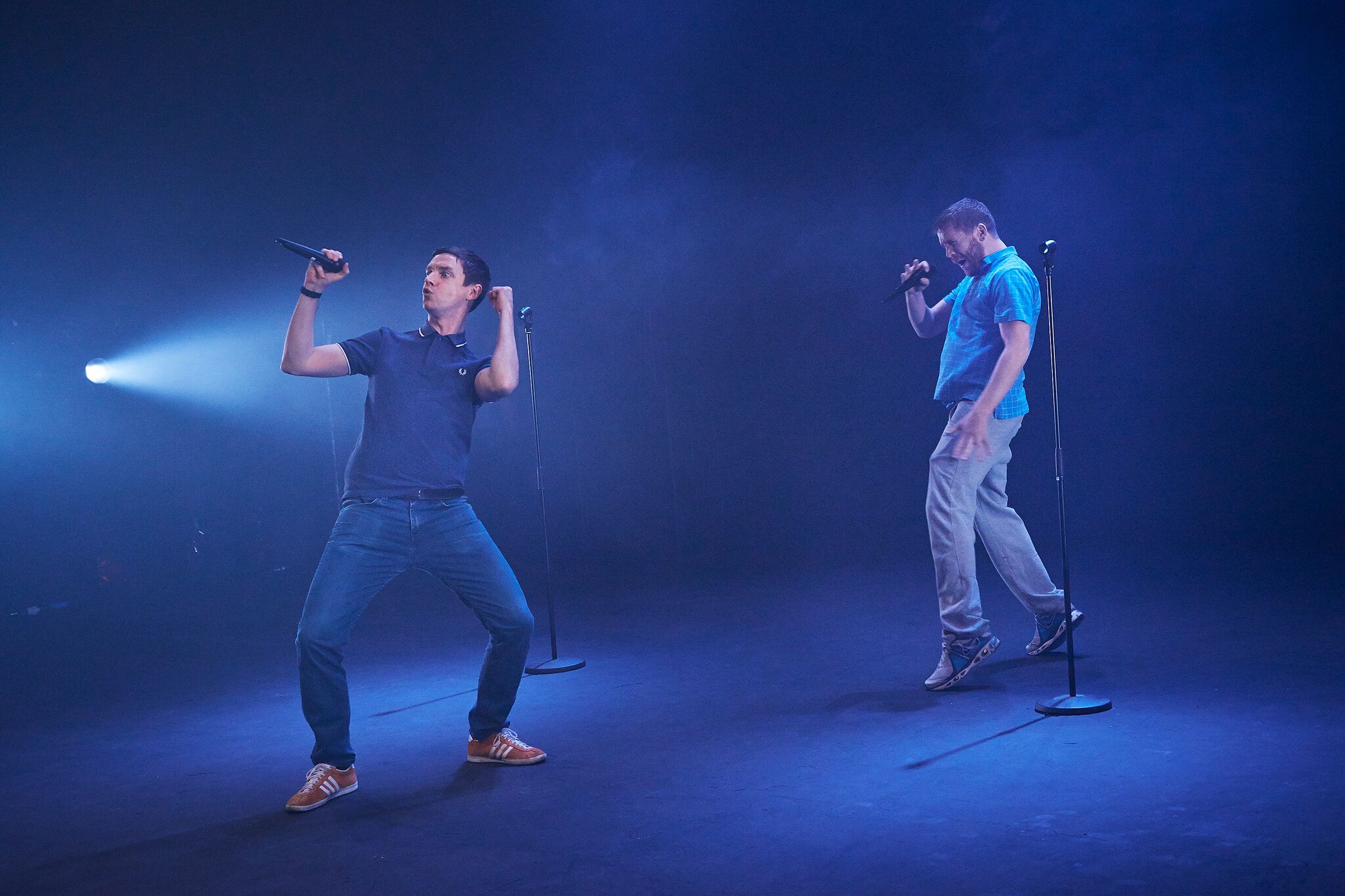 Vancouver’s Fox Cabaret and New Westminster’s Anvil Centre play host
to PuSh Festival’s cutting edge Club Push performance series
The PuSh International Performing Arts Festival (PuSh Festival) expands its experimental, night-time weekend series Club PuSh, January 19 to February 3, 2018, held at its long-time Vancouver hub, The Fox Cabaret, to a second venue: Anvil Centre in New Westminster. New West audiences are invited to take in three Club PuSh shows from the eight-show series where acclaimed artists from Canada, the US and UK will perform in works ranging from the hip and the queer, to the radical and riotous.
“Too often Vancouver is assumed to be the ‘centre’ of all things West Coast. Nothing could be further from the truth; there are many centres, and just as many inspiring arts venues outside of our city,” says Norman Armour, Artistic and Executive Director of the PuSh International Performing Arts Festival. “Our partnership with Anvil Centre is testament to this. It forges a significant link with an important arts hub, in which the performing arts theatre is led by one of our region’s most experienced and trusted arts leaders, Jessica Schneider. Having the spirit and brand of Club PuSh co-exist at both The Fox Cabaret and New Westminster’s Anvil Centre feels right. We’re excited to broaden our reach to this burgeoning community.”

Jessica Schneider, representing both Anvil Centre and the Massey Theatre, added: “We have adventurous audiences all over Metro Vancouver who are going to love having Club PuSh a little closer to home. This is yet another smart move for PuSh in branching out to New Westminster’s community. Anvil Centre will be a great theatre setting to take in Club PuSh. Adding a second date for visiting artists increases the impact of their visits to BC and an earlier performance time makes the shows accessible to a wider public.”

Club PuSh audiences will have the opportunity to rub shoulders with art-lovers and artists as they soak up this showcase running in conjunction with the 2018 PuSh Festival’s Main Stage shows. PuSh Festival encourages audiences to enjoy the pre-show atmosphere at Club PuSh at both locations—the bars opens one hour before showtime.

The three Club PuSh shows presented at Anvil Centre, which will also be presented at The Fox Cabaret on alternating nights, are:

Joseph Keckler (USA)
Jan 26, 8PM at Anvil Centre
Jan 27, 9PM at The Fox Cabaret
Presented with Anvil Centre
The artistically ambidextrous Joseph Keckler is a star of New York’s performing arts scene with awards, commissions and book deals. Harnessing his three-octave range, Keckler moves from opera to pop without missing a beat. A self-deprecating and charming showcase of the lowbrow and highbrow.

Cris Derksen Trio — Cris Derksen (Canada)
Feb 2, 8PM at Anvil Centre
Feb 3, 9PM at The Fox Cabaret
Presented with Anvil Centre
Cellist and composer Cris Derksen has been called to collaborate with icons from Kanye West to Naomi Klein. Armed with loop pedal, drum machine, and cello, the JUNO Award-nominee pulls audiences into the propulsive, hypnotizing pounding of powwow music, head-nodding rhythms of a hip-hop, metronome thumps of a techno mix, and more in a thrilling night.

The five Club PuSh shows presented only at The Fox Cabaret are:

Torrey Pines – Clyde Petersen (USA)
Jan 20, 9PM | The Fox Cabaret
Trans filmmaker and musician Clyde Petersen presents a stop-motion animated adventure into his misgendered pre-teen years spent in Southern California. Playing to live score performed by Petersen and his band, this is a movie memoir as innovative and idiosyncratic as they come.

HINKYPUNK – FakeKnot (Canada)
Jan 26, 9PM | The Fox Cabaret
Vancouver’s own Ralph Escamillan reveals a dance spectacular that has him decked out in “sequin skin”­—a walking, breathing and shiny signifier. Inspired by drag, ballroom and vogue subcultures of expression through artifice, he offers a beguiling and sexy study on the gaze, the body and the self.

Daughter – QuipTake & Pandemic Theatre (Canada)
Feb 1, 10:30PM | The Fox Cabaret
A harrowing yet hilarious exploration of “toxic masculinity.” Toronto comedian Adam Lazarus, a recent new dad, comes to grips with what it means to become the father of a daughter, and with smart, incisive and remorseful self-reflection, asks, “What are you willing to forgive?”

Spokaoke – Annie Dorsen (USA)
Feb 2, 9PM | The Fox Cabaret
A night of karaoke like no other. Participants won’t find any Queen or Taylor Swift here. In their place are some of the great artists who have gone down in history for their words. More than 90 classic speeches by the greats of our time, from Socrates to Sarah Palin, await to be recited.

RPM Records: Live in Vancouver (Canada)
Feb 3, 10:30pm | The Fox Cabaret
Presented with Revolutions Per Minute (RPM)
Celebrate the closing night of the 2018 PuSh Festival, with a lineup of Indigenous musicians from across Turtle Island. This is a dynamite evening of powerful, diverse music to move the feet and soul. Surely one of the city’s musical events of the year.