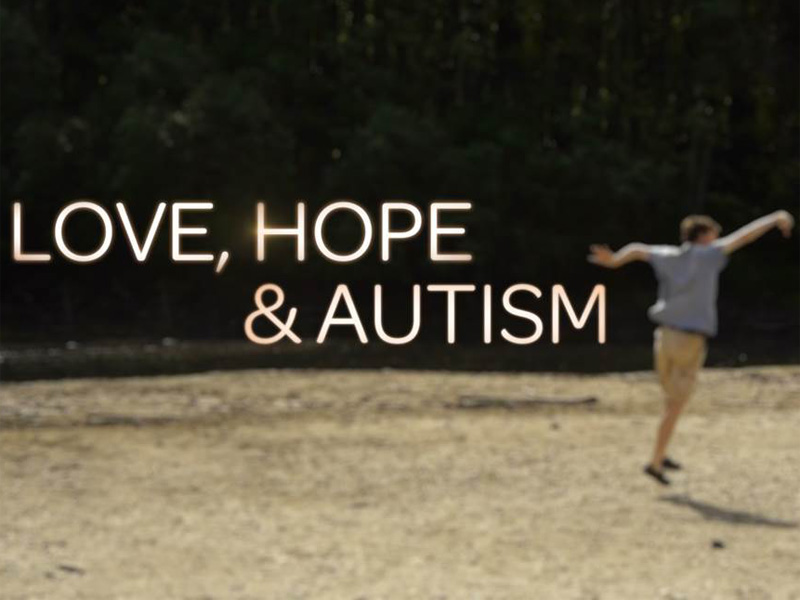 Based on a lifetime of home movie footage, the documentary Love, Hope & Autism takes the viewer on the Fresco family’s deeply personal journey of raising a son with Autism Spectrum Disorder (ASD). Premiering Sunday, March 18, 2018 at 9pm (9:30 NT) on CBC Docs POV, the film provides an extraordinarily intimate look inside a family as they deal with autism from birth through adulthood, and confronts the startling statistical rise of ASD in North America, as well as the heartbreaking outcome for many autistic children aging out of a publicly-funded system. The documentary will also be available to watch online at cbc.ca/CBCDocsPOV on Friday, March 16, from 5pm ET.

Love, Hope & Autism is a must-see for the increasing number of Canadians with autism in the family, for those who wonder what life’s like for the family next door, or for those who are concerned new parents or grandparents. Says writer & director Helen Slinger, “The months spent filming this documentary, and screening a lifetime of footage, showed me what it’s like to be inside a family dealing with autism. It is more difficult that you can imagine, and even more fascinating.”

In Love, Hope & Autism, we meet Fraser Fresco, a young man with severe autism approaching his 21st birthday – the date at which he will be cut off from publicly-funded education and must rely on a disability allowance. The film urgently asks, “What will happen to Fraser?” who struggles with basic everyday tasks such as clothing, bathing and feeding himself. It is a harrowing question faced by an increasing number of North American families as the rate of ASD skyrockets. The Center for Disease Control now estimates that one in 68 Americans is “on the spectrum,” a shocking 100 per cent increase over the past decade (most Canadian ASD associations use this CDC statistic).

Drawing a portrait of the Fresco family, Love, Hope & Autism features unprecedented footage shot by Fraser’s loving father, Robert Fresco, who is also a professional cameraman. Following Fraser’s life from infancy through to early adulthood, Robert’s lens uniquely captures Fraser’s development as a child growing up with ASD. Through home video clips and interviews, viewers witness the emotional and physical impact on the family, including fraternal twin Hallee, who finds herself out of the focus of her father’s camera and attention.

From Fraser’s autism diagnosis in 1996, to the Fresco twins’ 21st birthday this past summer, Love, Hope & Autism is a wild ride through family break-up and quirky reformation, violent outbursts on Fraser’s part, near-death experiences, and Robert’s realization that ASD has been the central theme of his life, even before the birth of his son Fraser. Through it all, we see a family whose unconditional love reigns supreme as they pull together against seemingly insurmountable odds.

About Infinity Films (infinityfilms.ca)
Infinity Filmed Entertainment Group Ltd. is an ambitious and award-winning film and television production company. Since 1996, Infinity Films has been dedicated to creating compelling scripts and high-quality productions for Canadian and International broadcasters. Infinity films works hard to create productions that reveal the unexpected and touch the heart in a unique way.

About CBC/Radio-Canada
CBC/Radio-Canada is Canada’s national public broadcaster. Through our mandate to inform, enlighten and entertain, we play a central role in strengthening Canadian culture. As Canada’s trusted news source, we offer a uniquely Canadian perspective on news, current affairs and world affairs. Our distinctively homegrown entertainment programming draws audiences from across the country. Deeply rooted in communities, CBC/Radio-Canada offers diverse content in English, French and eight Indigenous languages. We are leading the transformation to meet the needs of Canadians in a digital world.