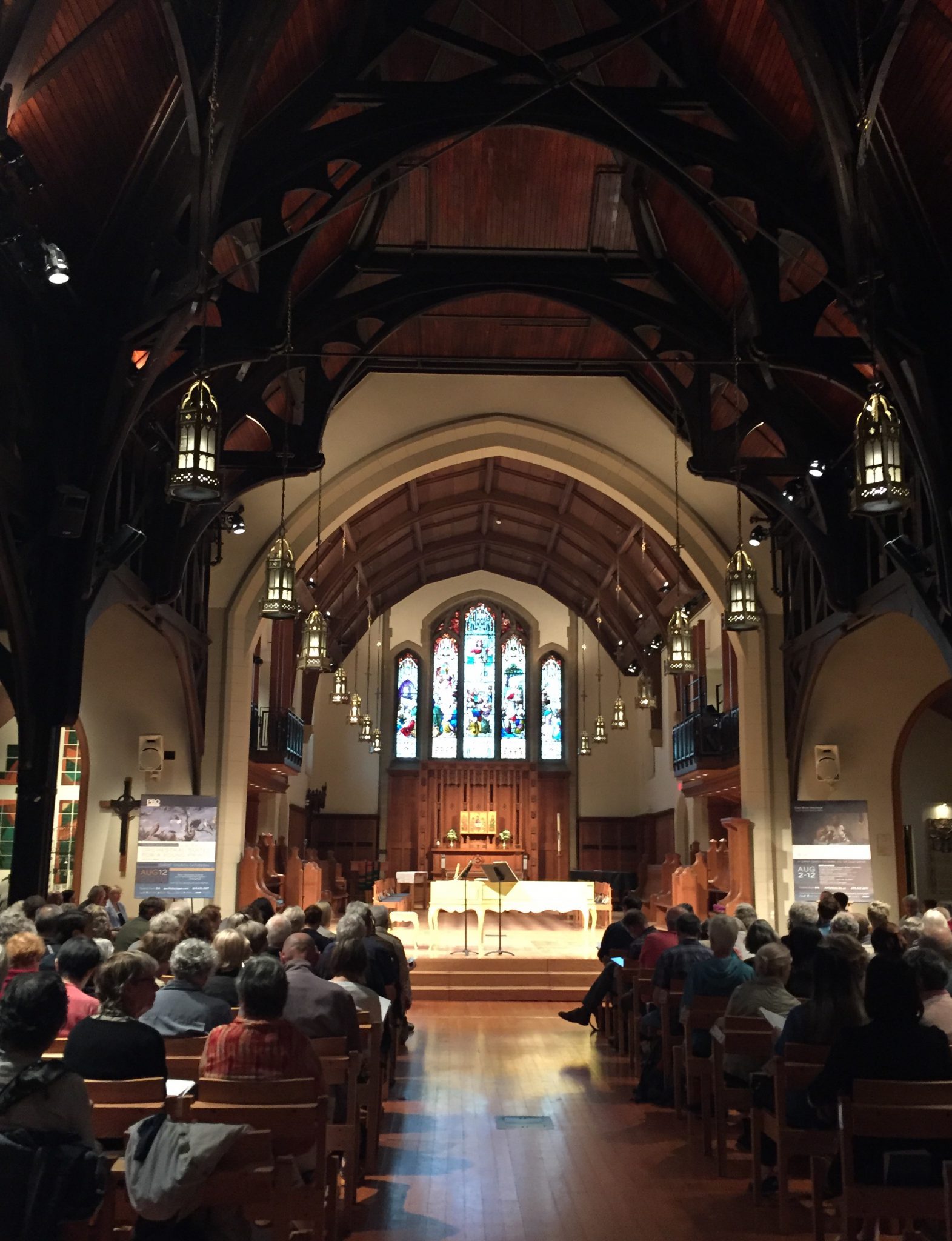 Early Music Vancouver (EMV) announces its 2018 Vancouver Bach Festival and 2018/19 Main Season, bringing a staggering list of events to venues in and around Vancouver. At the precipice of a half-century of operation, EMV’s 49th season is a particularly expansive one, with concerts ranging from Medieval songs by Guillaume de Machaut and polyphony from Renaissance Crete, to works for choir and orchestra by Bach and Handel and Purcell, to 19th century creations by Schubert and Chopin.

The season will host a particularly stellar line-up of returning favourites and internationally acclaimed artists, including Angela Hewitt, Bach Collegium Japan/Masaaki Suzuki, Benjamin Alard, Chiaroscuro Quartet with Kristian Bezuidenhout, Gli Angeli Genève, The King’s Singers, Tafelmusik Baroque Orchestra, and Monica Huggett. The festival and season will also introduce and expand upon exciting presenting partnerships, including renewed collaborations with the Vancouver Recital Society, Vancouver Chopin Society, and the Pacific Baroque Orchestra (PBO), led by conductor Alexander Weimann.
“Over the course of the 2017/18 season, EMV welcomed more audiences into our concert halls than at any point in our history. When Karina Gauvin sings the season’s final notes on May 6 at the Chan Centre, more than 20,000 attendees will have enjoyed EMV concerts over the past year,” explains Matthew White, Executive and Artistic Director of EMV. “I am sure that part of our success is connected to the idea that in an increasingly distracted digital age people are looking for access to art and music that not only grounds them in cultural history, but also requires their focused attention and emotional engagement.”

Running July 30 to August 10, the Vancouver Bach Festival expands to 15 concerts in its third iteration, bringing an all-encompassing celebration of classical music to downtown Vancouver’s Christ Church Cathedral and the Chan Centre for the Performing Arts. The festival commences with another entry from EMV’s ‘Goldberg Experience’, as celebrated French harpsichordist Benjamin Alard puts his stamp on this keystone work. The following evening, internationally acclaimed Angela Hewitt continues her four-year project to perform Bach’s entire keyboard repertoire by returning to play his Well Tempered Clavier – Book 1 at the Chan Centre. Further highlights include the return of audience favourite countertenor Reginald L. Mobley with Pacific MusicWorks in a programme including Bach’s Cantata 82, a romantic instrumental program from Monica Huggett and Byron Schenkman, as well as performances of Bach Cantatas by the full orchestra and choir of Gli Angeli Genéve. The festival will conclude with a large-scale performance of J.S. Bach’s great Trauerode featuring internationally renowned soloists, a choir, and the PBO led by Alexander Weimann. Last year’s popular weekday afternoon concert series will also return, offering a diverse and delightful selection of programmes including Schubert Lieder accompanied by an original 19th century guitar, Renaissance madrigals, Britten’s Abraham and Isaac, and more.

EMV’s Main Season will kick off on a flamboyant note, as famed Italian violinist Enrico Onofrio joins the PBO for a virtuosic performance of works from Vivaldi’s L’Estro Armonico. Also visiting from Europe, acclaimed Belgian vocal ensemble Vox Luminis share Purcell’s hauntingly beautiful Funeral Music for a Prince and Queen in October. Rising international star, Canadian baritone Philippe Sly, welcomes November’s change in season as he is joined by Michael McMahon on a 19th century fortepiano for Schubert’s Wintereisse. The Christmas season will be extra merry and bright, as it will welcome the superlative artists of Bach Collegium Japan under their leader Masaaki Suzuki to share an exquisite program of Handel, Vivaldi, and their namesake J.S. Bach, as well as the return of EMV’s beloved annual Festive Cantatas, which will feature a joyous programme entitled “A Monteverdi Christmas Vespers” under the guidance of music director David Fallis.

The New Year will commence with the anticipated return of Toronto’s Tafelmusik Baroque Orchestra, bringing their thrilling and insightful multi-media creation J. S. Bach: The Circle of Creation. Shortly after, Vancouver will play host to globally renowned, golden-voiced ensemble The King’s Singers, who share music from the court of Henry VIII. Later in February, a collaboration with Vancouver Chopin Society will introduce audiences to Tobias Koch for an exploration of the music of Chopin and his lesser well known Polish contemporaries. Audiences will then have the opportunity to experience a collaboration with Vancouver Recital Society bringing another international keyboard icon, Kirstian Bezuidenhout, who will join with Chiaroscuro Quartet to explore Schubert’s Death and the Maiden and works by Mozart. The season ends with a balanced trio of concerts, as medieval ensemble Blue Heron explores the work of Machaut, PBO performs Handel’s Baroque triumphant Coronation Anthems, and Cappella Romana shares music from Renaissance Crete.

All concerts at Christ Church Cathedral at 7:30pm unless otherwise noted. MASTERWORKS SERIES 2018—2019

All concerts at the Chan Centre for Performing Arts at 7:30pm unless otherwise noted.

All concerts at Christ Church Cathedral at 7:30pm unless otherwise noted.

Early Music Vancouver subscribers can attend any four Vancouver Bach Festival or 2018/19 Season performances for the price of three. All subscriptions including more than four concerts also enjoy a 25% discount. Subscriptions are available by phone through the Chan Centre Box Office at 604.822. 2697.