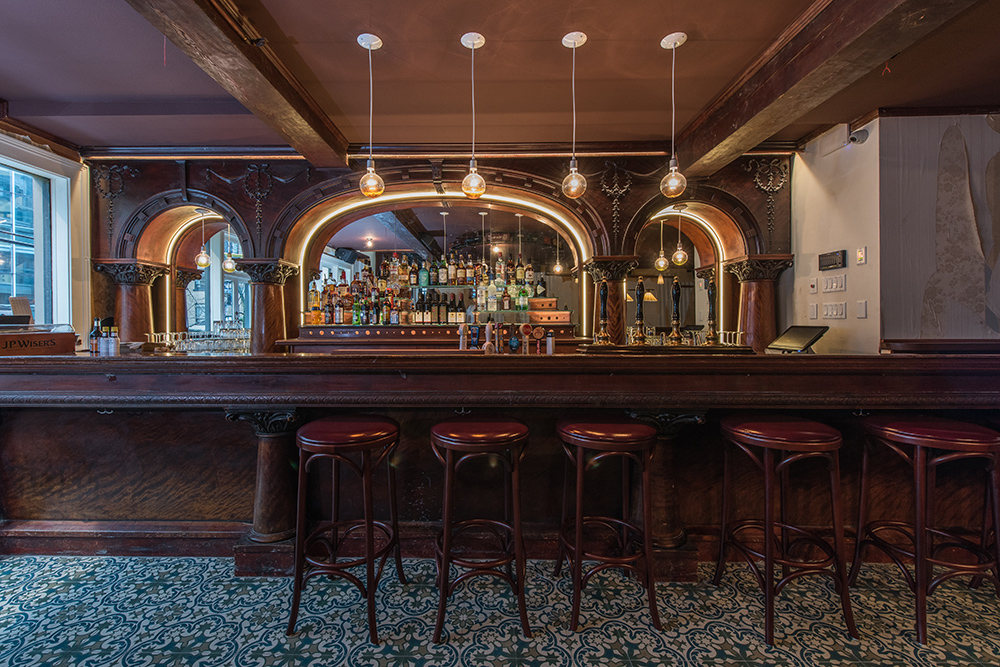 The historic Railway Stage & Beer Café will celebrate its 85th Anniversary from April 6th-8th with three days of special events including shows by local heroes Said The Whale and Hey Ocean!, and a four-band showcase night headlined by Friction Project.

It’s rare for bars and clubs to make it to their 10th anniversaries, so making it to the grand old age of 85 is an event well worth turning into an occasion. The Railway Stage & Beer Café is planning to do just that with a full weekend of live local music from April 6th to 8th.

“The 7 Railwayman’s Club” opened in 1932 as a private members club for the workers based out of the Canadian Pacific Railway terminal at the base of Seymour St. (now the SeaBus Terminal). It operated continuously for 84 years, most famously as a live music destination, before closing in 2016.

After sitting vacant, the club was reopened in 2017 as The Railway Stage & Beer Café with extensive renovations including an upgraded sound system and stage, and a refreshed kitchen and craft beer program. The new management, led by local pub operators Chad Cole and Jeff Donnelly, invested in the room and kept the commitment to a full weekly schedule of live local music and programming.

That history is going to be celebrated from with three days of great live local music. The weekend kicks off on Friday, April 6th with a four-band showcase featuring Friction Project, Aaron Trory, Sarah Wheeler, and Jazzberry Ram. On Saturday, the celebration goes all day with a Blues Brunch with Rob Montgomery followed by Jam Sessions featuring The Modelos and finishes with a rare small club show by local heroes and Juno Award-winners Said The Whale. The weekend wraps up on Sunday with Vancouver indie synthpop favourites Hey Ocean! who’ve been going from strength to strength since their 2017 reunion which followed a three-year hiatus spent pursuing solo projects.

“In a city where music venues come and go all the time, The Railway’s 85th Anniversary is a seriously big deal,” said David Vertesi of Hey Ocean! and the Vancouver Mural Festival. “It’s reminder of how important it is to protect and cultivate these spaces. I love that the recent renovations stayed true to the Railway’s roots and I’m so glad they will continue to be a space for music, community, and, of course, good times for many years to come!”

The first release of tickets Said The Whale sold out the minute they went on sale, but a limited number will be released through showpass.com on March 25th. Tickets for the Friday showcase are available for $10 at showpass.com while tickets for this special Hey Ocean! show will be made available through contesting and promotions. For more information about these special events and The Railway Stage & Beer Café, visit http://donnellygroup.ca/railway-stage-and-beer-cafe/.