Skip to content
Join the Inaugural Long Table Dinner on Saturday, April 21 in Whistler, BC

Don’t miss the partnership of two dedicated art lovers in the Pacific Coastal Mountains this spring. AnnaLena Restaurant and the Audain Art Museum of Whistler are sharing synergies in this deliciously creative collaboration.

AnnaLena is about imagination, creativity and possibility – combining modern Canadian cooking, creativity and innovation with passionate, personalized service in one of Vancouver’s favourite neighbourhoods. The architecturally-stunning Audain Art Museum features the art of BC, from the Province’s First Peoples through to its contemporary masters in one of Canada’s most treasured wilderness destinations.

These two modern icons of Canadian culinary and visual arts have come together to present: Dinner Series Vol. 1. – an exclusive five-course tasting menu curated by Chef Michael Robbins paired with a selection of impeccable BC wines.
Priced at $369, this event will help raise funds for programming for children and families.  This initiative offers children early exposure to art with the goal of developing creative-engagement through arts education. Ticket includes inclusive of after hours access to theMuseum, reception, dinner, wine pairings, tax and gratuity. Buy yours here. 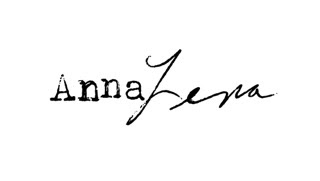 Other highlights include an important collection of 19th and 20th century First Nations masks and works by some of Canada’s most celebrated artists including Emily Carr, E.J. Hughes and the internationally renowned photo-conceptualists Jeff Wall and Stan Douglas. In addition, the Museum has visiting exhibitions of art from Canada and around the world.

About AnnaLena
Named to honour Chef Michael Robbins’ two grandmothers, AnnaLena is about imagination, creativity and possibility – combining modern Canadian cooking, creativity and innovation with seamless service in one of Vancouver’s favourite neighbourhoods. Since opening its doors in the popular Kitsilano area in March 2015, AnnaLena has quickly become both a neighbourhood and critics favourite.
AnnaLena was included in enRoute Magazine as the sixth best new restaurants in the country and earned the Air Canada enRoute People’s Choice award in its first year. AnnaLena was also named to Canada’s 100 Best Restaurants two years running, and was included in the top three of Best New Restaurants in the 2016 Vancouver Magazine Restaurant Awards following a glowing review in 2015. Robbins also won Best Chef and Best New Restaurant in the 2016 Golden Plate Awards in the Georgia Straight and ranked in the top three in 2018 for Best Overall and Best Service. With a clear focus on its vision and a committed and talented team, now with Restaurant Chef Erin Searle at the helm, AnnaLena continues to reach for the stars.
For more information on AnnaLena and Chef Mike Robbins and team, please visit  www.annalena.ca or on Facebook, Twitter and Instagram.