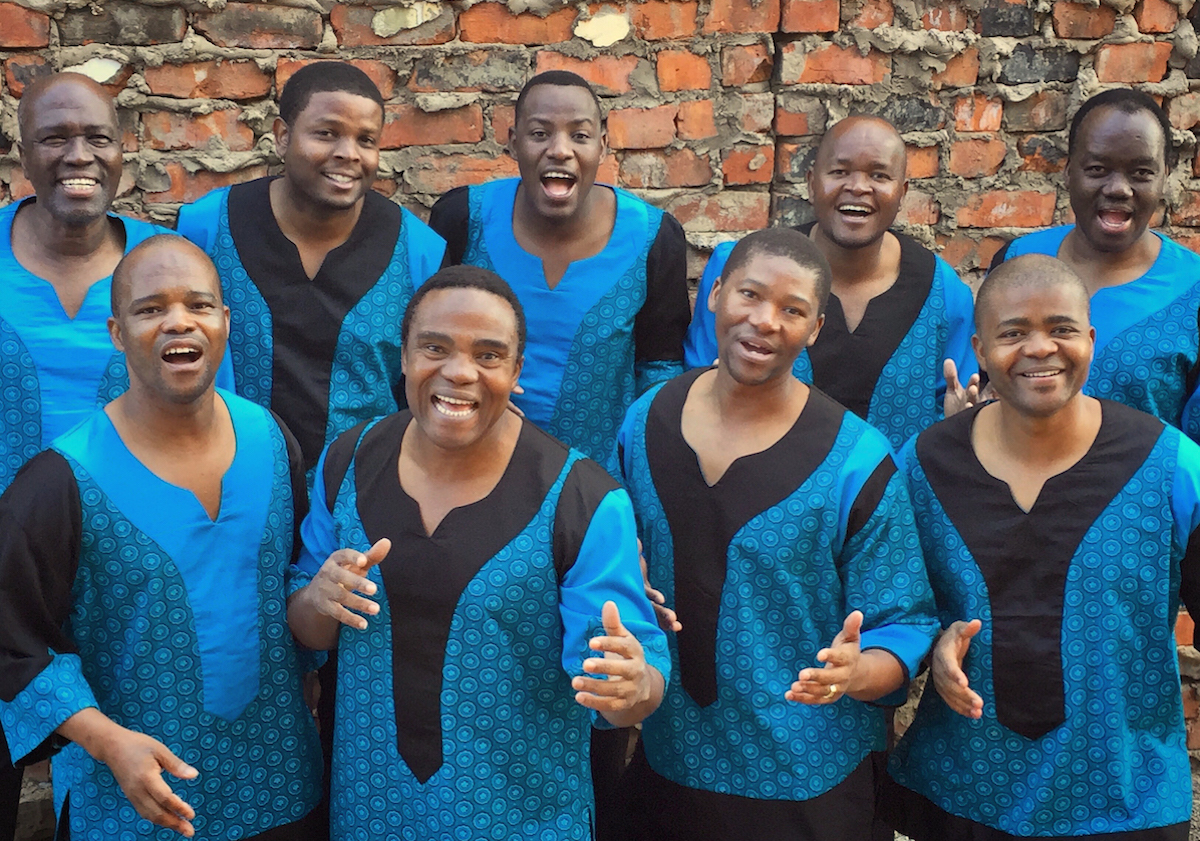 The Chan Centre for the Performing Arts at the University of British Columbia presents the soulful, harmony-driven sounds of Ladysmith Black Mambazo on March 2, 2019, at 8pm in the Chan Shun Concert Hall. Sharing the bill alongside Malian guitarist Habib Koité and lutist Bassekou Kouyate, the nine-member choral group returns to a sold-out Chan Centre for the first time since 2006 on their global tour of Shaka Zulu Revisited: 30th Anniversary Celebration, for which they earned the Best World Music Album of 2018 and their fifth Grammy Award.

“Ladysmith Black Mambazo is one of the world’s most admired musical ensembles. Their repertoire is beautifully uplifting — messages of hope and unity translated through stunning vocal harmonies and energetic performances,” says Joyce Hinton, Co-Managing Director of the Chan Centre. “To have them onstage at the Chan Centre on the same bill as two of Mali’s hottest musicians will be an incredible showcase of talent from both West and South Africa.”

Designated “South Africa’s cultural ambassadors to the world” by Nelson Mandela — who listened to the choral group’s music while imprisoned — Ladysmith Black Mambazo promotes peace and love through music anchored in the nonviolent resistance philosophies of Martin Luther King Jr. and Mahatma Gandhi. Joseph Shabalala formed the talented all-male ensemble in the 1960s during apartheid, in the small town of Ladysmith. The group came to international fame in 1986 when they were featured on Paul Simon’s Graceland. The legendary singer-songwriter has said of their energy: “It isn’t merely the grace and power of their dancing or the beauty of their singing that rivets the attention, but the sheer joy and love that emanates from their being.”

Ladysmith Black Mambazo has recorded more than 70 albums and has received 19 Grammy nominations. Shaka Zulu Revisitedcelebrates the 30th anniversary of their first album released worldwide, and serves to honour the group’s founding members. The tribute record is comprised of a selection of their iconic songs by the ensemble that is today led by founder Shabalala’s four sons: Thulani, Sibongiseni, Thamsanga, and Msizi. Original member Albert Mazibuko, who joined in 1969, continues to sing today.

Specializing in isicathamiya, a form of unaccompanied Zulu vocal music that developed in the mines of South Africa, Ladysmith has raised the profile of this musical tradition worldwide. In the past 50 years, they have performed with Stevie Wonder, Dolly Parton, Sarah McLachlan, Josh Groban, and more.

Ahead of Ladysmith Black Mambazo, the first act of the evening showcases two luminaries of Malian music. Bassekou Kouyate, who has been called “the Hendrix of his instrument” by Uncut Magazine (UK), plays the traditional stringed Ngoni lute. In 2008, he was recognized as African Artist of the Year by the BBC. He will share the stage with Habib Koité, a superb vocalist and one of the world’s leading acoustic guitarists. Called “Mali’s biggest pop star” by Rolling Stone, Koité comes from a noble line of Khassonké griots (traditional West African troubadours) and blends diverse rhythms and melodies to remarkable effect.