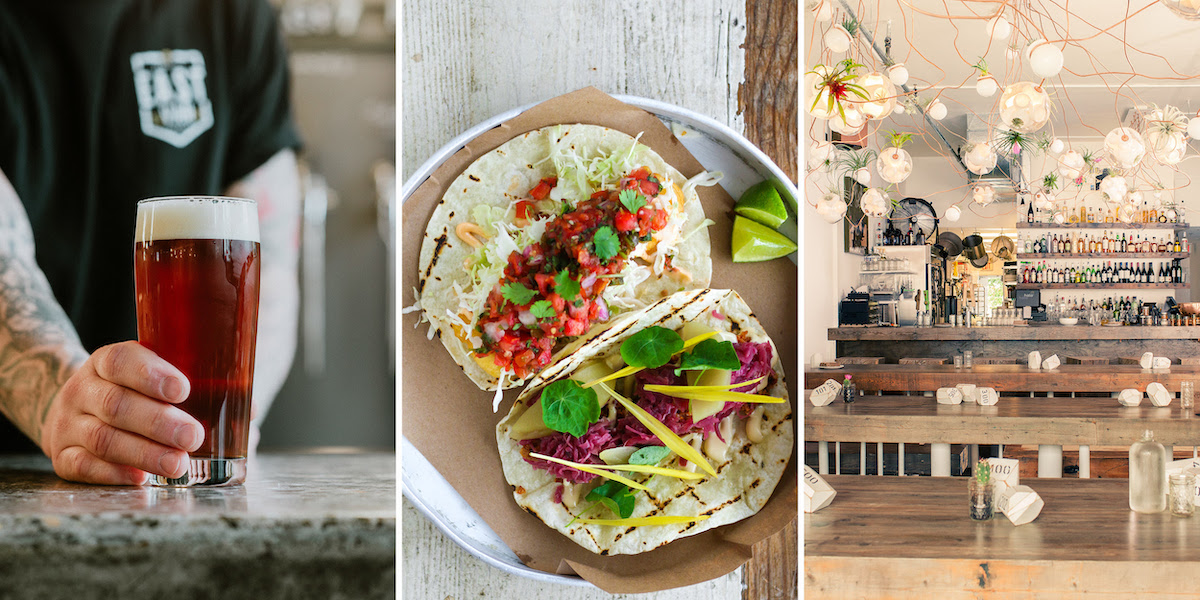 Each evening offers seatings at 6 and 8:30 p.m. on the last Thursday of the month throughout spring and summer and will pair a custom, five-course menu prepared by Tacofino Regional Executive Chef Stefan Hartmann and Hastings Head Chef Daniel Echeverria with a range of unique and exclusive beer from visiting notable BC breweries.

The inaugural event on March 28 will see Tacofino embrace its roots when it welcomes Tofino Brewing Company, which hails from the same surf-side town on Vancouver Island where Tacofino birthed its brand when it launched the original Cantina location at the back of the Live to Surf parking lot 10 years ago.

“These were some of our most well-attended events on the Tacofino calendar last year and we’re stoked to bring it back — by popular demand,” says Anita Sparrow, General Manager at Tacofino Hastings. “It’s a great way to further showcase the amazing variety of BC-brewed craft beer we’re proud to pour here on a daily basis and give local beer lovers an opportunity to tap into some incredible styles and flavours.”

Beyond a bar that features eight rotating selections from BC breweries on tap every day, the Hastings outpost also offers ‘growlita’ and ‘growler’ fills for the table in addition to daily happy hour food and drink specials from 3 to 6 p.m. between lunch and dinner seven days a week.

TICKETS
Tickets to each of the Tacofino Beer Dinner Series events on March 28 (Tofino); April 25 (East Van); May 30 (Strathcona); June 27 (Strange Fellows); and July 25 (Four Winds) — with seating times at 6 and 8:30 p.m. for each event — are available for $55 per person inclusive of tax, gratuity and ticketing fees via Eventbrite.