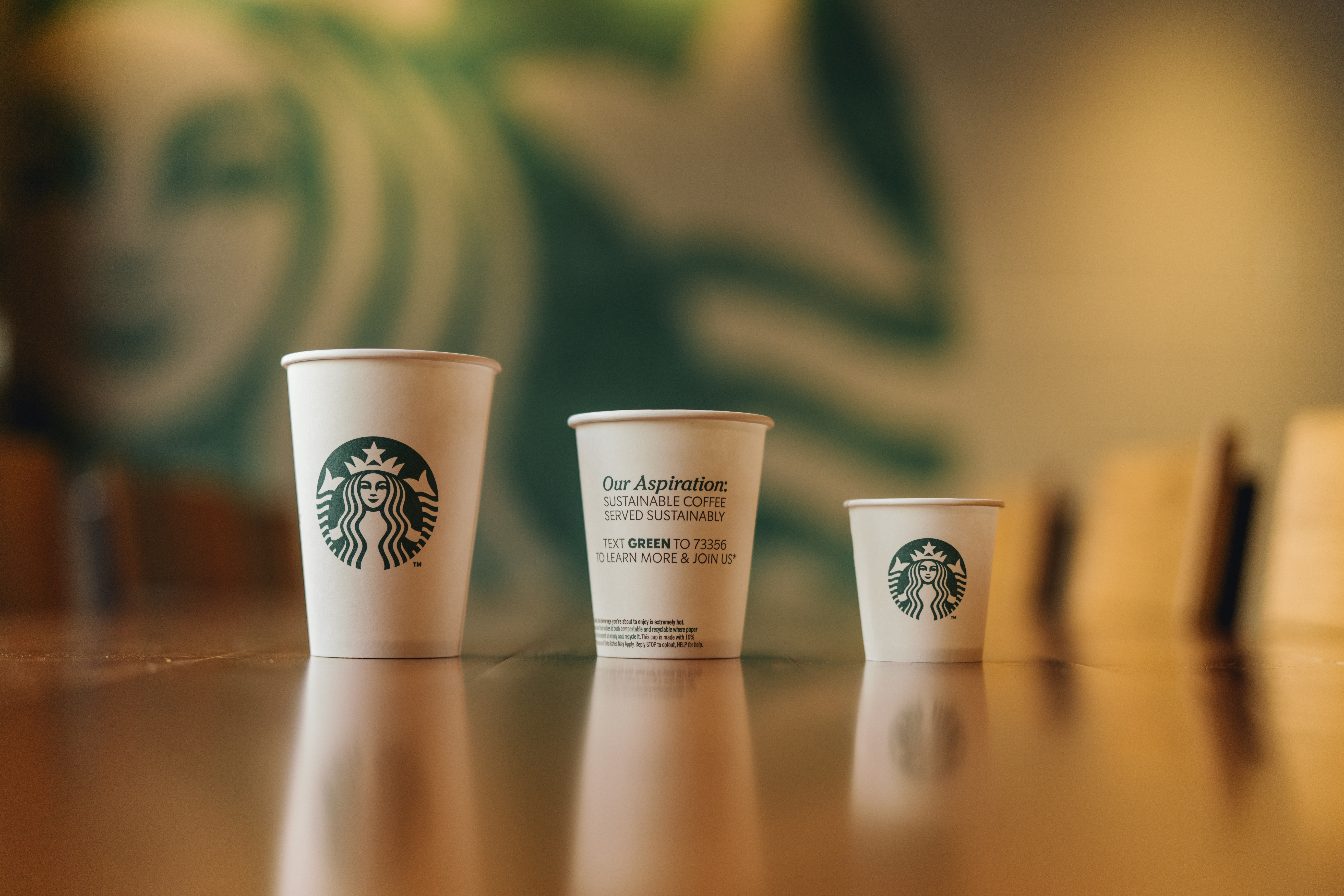 Greener cups and fewer straws, Starbucks is announcing today two innovative updates as part of the company’s global environmental aspirations. Starbucks will pilot a ‘Greener’ to-go cup in Vancouver – one that we will be testing for recyclability and composability in that area. 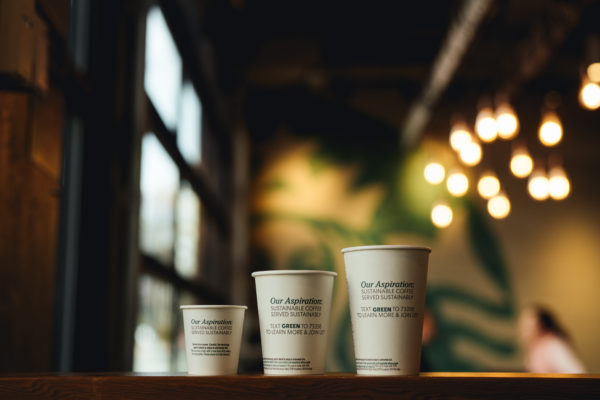 It will also debut a new lightweight, strawless lid this summer in Toronto that is recyclable to
replace plastic straws. Phased roll outs of the new strawless lids across the country to follow. Last
summer, the company committed to eliminating plastic straws by 2020 and is on-track to remove more
than one billion plastic straws per year from Starbucks stores around the world. 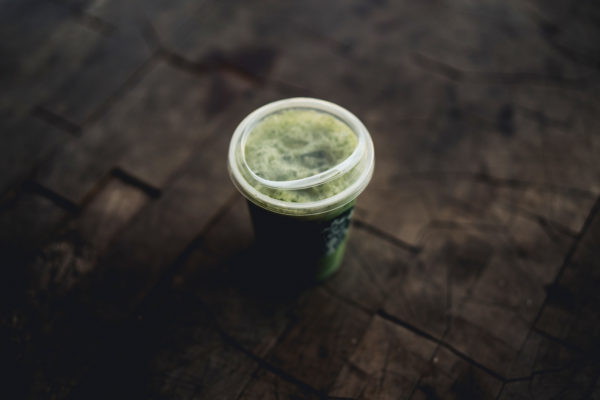 Starbucks leadership unveils progress and plans on all these fronts at the company’s annual meeting of
shareholders, noting that “sustainable coffee, served sustainably” is an area of particular passion for
Starbucks and its more than 380,000 partners (employees) around the world.
Vancouver To Pilot ‘Greener Cup’

Starbucks customers in select company-owned stores in Vancouver, will join those in New York, San
Francisco, Seattle, and London to trial new, greener cups which are designed with a goal of being more
recyclable and compostable than existing cup options. Starbucks will choose the cup technologies from
NextGen Cup Challenge winners announced earlier this month, working with expertise and support from
the NextGen Consortium.

“We know how important this issue is to Canadians,” says Michael Conway, executive vice president and
president, Starbucks Canada. “and we’re committed to being a part of the solution. I’m excited and
proud that our customers in Vancouver will be among the first to sip coffee from a greener to-go cup.”
Allen Langdon, an industry-expert who was tapped to be a NextGen judge representing Canada, agrees
this is a significant milestone in the quest to reduce cup waste. “There’s still lots of work to do to bring a
solution to a global scale but it’s significant for Vancouver to be included in this important pilot. We love
our coffee, there’s no doubt about that but we also feel strongly about the environment. We live in one
of the most beautiful places on earth and there’s a strong desire to protect what’s around us,” he says.
Langdon is the President & CEO of Encorp Pacific, better known as Return-It, which is a not-for-profit,
product stewardship corporation who’s mandate is to develop, manage and improve systems to recover
used packaging and end of life products from consumers and ensure they are properly recycled and not
land-filled or incinerated.

Starbucks initiated the Consortium last spring with Closed Loop Partners, and its mission includes
identifying cup technologies that can be both recyclable and compostable on a global scale. In addition,
the Consortium aims to leverage the scale of its powerful members and industry experts – which a year
later include not only Starbucks but also founding partner McDonald’s, along with supporting partners
The Coca-Cola Company, Nestlé, Yum! Brands, Wendy’s and the World Wildlife Fund – to work with
municipalities to increase acceptance of these new paper cups in recycling and composting programs by
showing their value and ability to be recovered and diverted from landfills.

The Consortium’s work supports Starbucks many efforts to minimize its environmental footprint, which
include a goal to double the recycled content, recyclability and the reusability of its cups from 2016 to
2022.

While Vancouver stands out as leading city that has made cup recyclability a reality, many municipalities
in Canada don’t support cup recycling. Here Starbucks Canada pays local private haulers to collect and
recycle hot cups from its company-owned stores, along with our other recyclable products. 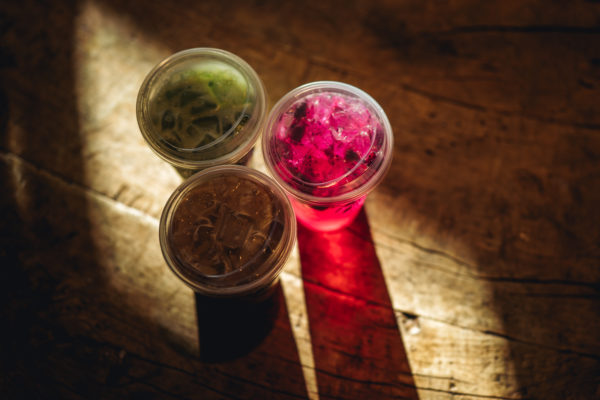 Starbucks will also roll out new lightweight, recyclable strawless lids to all US and Canada stores in the
next year, starting in Toronto this summer.

This is a key milestone as the company works to phase out plastic straws from its more than 30,000
stores worldwide by 2020, eliminating more than 1 billion straws a year – a goal that was announced
last July.“Last summer, we led the movement to eliminate plastic straws,” says Conway. “But rather than
replacing plastic straws, we’re focusing our efforts on reducing waste with the introduction of a
strawless lid that can be recycled where facilities allow.”

In addition to Toronto, newly redesigned, lightweight strawless lids will roll out this summer to
Starbucks locations in Los Angeles, San Francisco, Seattle, Washington, DC, and Indianapolis. Select
markets, including Vancouver, are already using an earlier version of the strawless lid.

The new lids have 9% less plastic than the current lid and straw. Frappuccino® drinks and other blended
beverages will continue to have a different, domed lid made from plastic and will be accompanied by a
straw, except where local law prohibits it. Starbucks is testing alternative material straws for blended
beverages and is exploring some of this month’s winning NextGen technologies that could apply to
straws. (Plastic straws will continue to be available upon request for Starbucks customers who need or
request them.)

Starbucks has a 30-year track record of focusing on sustainability across all aspects of its business,
including:

• Starbucks cups contain 10% post-consumer fiber, introduced in 2006 and a number the
company expects to double by 2022

• Building more than 1,500 LEED® (Leadership in Energy and Environmental Design) certified
stores in 20 markets, and the largest green retailer in its sector.

Since 1971, Starbucks Coffee Company has been committed to ethically sourcing and roasting high-
quality arabica coffee. Today, with stores around the globe, the company is the premier roaster and retailer of specialty coffee in the world. Through our unwavering commitment to excellence and our
guiding principles, we bring the unique Starbucks Experience to life for every customer through every
cup. To share in the experience, please visit us in our stores or online at www.Starbucks.ca.