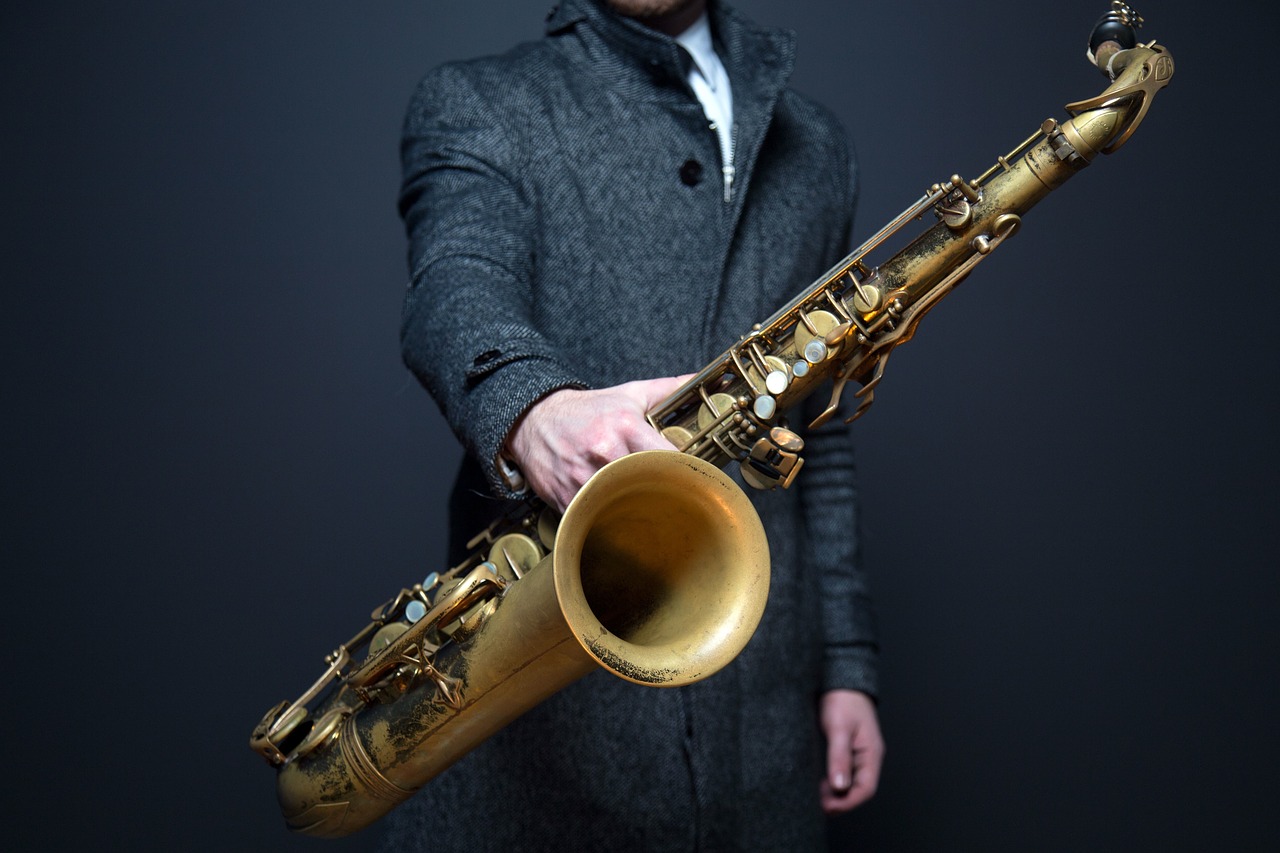 Herbie Hancock at Queen Elizabeth Theatre on June 29 at 8:00pm

Tickets on Sale Friday, April 12 at 10:00am www.coastaljazz.ca

Now in the sixth decade of his professional life, Herbie Hancock remains where he has always been: at the forefront of culture, technology, business, and music. A legendary pianist and composer, Hancock received an Academy Award for his Round Midnight score and 14 GRAMMY Awards, including Album of The Year. He currently serves as Creative Chair for Jazz for the Los Angeles Philharmonic and as Institute Chairman of the Thelonious Monk Institute of Jazz. In 2011 Hancock was named a UNESCO Goodwill Ambassador by UNESCO Director-General Irina Bokova, received a Kennedy Center Honors Award in 2013, and a GRAMMY Award for Lifetime Achievement in 2016. For this special concert in Vancouver, he’ll perform with his quartet.

Montreal-based Inuk singer, film director, and activist Elisapie Isaac “synthesizes stories from her eventful life with hypnotic arrangements that channel ’70s rock, indigenous folk music and the low, moody rumble of barnstormers like Tom Waits and Morphine” (NPR). Singing in three languages, the genre-bending artist uses English to explore folk, French for more romantic writing, and Inuktitut to speak profoundly about Indigenous culture. Exclaim! calls her latest work, Ballad of The Runaway Girl, “a powerful record, and a rare album where both the music and narrative are equally stunning.” With Joe Grass (Patrick Watson) on guitar/vocals, Joshua Toal (Plants & Animals) on bass/guitar/keyboard, and Evan Tighe (Basia Bulat) on drums.

Classical singer, multi-instrumentalist, transgender artist, experimental electronic pioneer, children’s show composer and actor, Buddhist practitioner, and psychotherapist: Beverly Glenn-Copeland’s diverse and long career has run the gamut. After a 20-year absence from performing, he returned to the stage in 2018, finding an audience at 74 and sharing his experiences of identity as a means of encouraging others. His self-titled album from 1970 (reissued last year) is a lush folk-jazz album in the vein of peers such as Tim Buckley and Joni Mitchell. Don’t miss this rare live performance by one of music’s purest individualists and his five-piece band.

A formidable musical presence whose artistry has been called “conspicuously literate and restlessly inventive” by The New Yorker, celebrated vocalist/pianist Patricia Barber has again broken artistic boundaries with her first album in six years, Higher, which rethinks the canons of jazz songwriting into a highly personal, uncompromising musical language. Broadly inspired by jazz as well as Fauré and Debussy, Barber’s harmonic sophistication and incisive lyrics lead the charge of an audacious new musical expression alongside her superb longtime collaborators Patrick Mulcahy on bass, and Jon Deitemyer on drums.

With New Orleans charm, Memphis soul swagger and tender gospel passages, Davina and The Vagabonds synthesize 100 years of American music with original tunes full of edgy nostalgia and fresh new directions. With comparisons to the likes of Etta James, Amy Winehouse and Billie Holiday, vocalist/pianist Davina has released two albums (Black Cloud, Sunshine) that swell with heart and swing. Ranging from the sounds of Fats Domino and the Preservation Hall Jazz Band to Aretha Franklin and Tom Waits, the quintet is rounded out by bassist Liz Draper, drummer George Marich, and the spicy horn section of Zack Lozier on trumpet and Jacob Melsha on trombone.

The late Gil Scott-Heron is revered as one of the founding fathers of spoken word. He and his musical co-conspirators invented a style at the crossroads of jazz, soul, blues, and funk: deeply political and in turns terrifying and uplifting. Keyboard player and flutist Brian Jackson co-composed many of the poet’s recorded masterpieces. The pair’s 1974 Winter in America was lauded as “a masterwork of ghetto melancholia and stark political gravitas,” and included their most commercially successful song, “The Bottle.” This project both pays homage to Scott-Heron and continues his work—from his sharp and speculative vision to his poetic versatility.

Fast-rising New York-based tenor saxophonist Melissa Aldana has made quite a splash since relocating from her native Chile. Her pure tone and “cultured, emotionally weighted, purposeful sound” (Boston Globe) draws on the traditions of Lester Young, Sonny Rollins, and Stan Getz while bringing a fresh and distinct new voice to the conversation. In 2013, she won the Thelonious Monk International Jazz Competition for saxophone, becoming the first female instrumentalist to win the award since its inception in 1987. Aldana’s “savvy subversions to jazz’s modern mainstream” (JazzTimes) feature Sam Harris on piano, Pablo Menares on bass, and Kush Abadey on drums.

“…a dynamic dynasty of musical progeny” (All About Jazz). If you want to talk traditional jazz in Vancouver, you need to talk about the Arntzens. Spanning three generations, this prolific musical family dazzles with melodic, swinging tunes rooted in the New Orleans tradition. Patriarch Lloyd Arntzen discovered the music of Jelly Roll Morton and Louis Armstrong as a boy, lighting a fire in him that burns brightly to this day. Blessed with a golden voice and marvelous clarinet tone, he passed the love of music onto son Tom (piano/vocals), daughter-in-law Georgina (vocals), and grandsons Evan (clarinet/saxophone/vocals) and Arnt (guitar/banjo/vocals), who return from New York.

“A voice that makes the listener shudder it’s so rounded and pure” (Montreal Gazette). Keyboardist/vocalist Laila Biali moves effortlessly between incandescent contemporary jazz and absorbing modern pop. An acclaimed composer, deeply personal lyricist and acute interpreter, the New York-based Vancouverite took home this year’s JUNO for “Vocal Jazz Album of the Year.” In Laila’s eclectic and energetic live show, melodies take thrilling left turns and bold choruses give way to thoughtful instrumental interludes. One minute, Biali is soaring over a hard-charging, bluesy storm, and the next, she’s pouring out her soul on an impassioned ballad. It’s jazz, it’s pop, it can’t be put into a box…but it’s definitely beautiful.

Coming in hot with his new album If You Could See Me Now on Cellar Live, American trumpeter/flugelhornist Joe Magnarelli pays tribute to composer/arranger Tadd Dameron, who Dexter Gordon called the “romanticist” of the bebop era. In his short life, Dameron was one of the most important figures in bridging the swing and bebop periods, and even has a distinctive and very jazzy chord change named after him: the “Tad Dameron Turnaround.” Magnarelli’s supremely swinging quintet features Anthony Wonsey on piano; Dezron Douglas on bass; George Fludas on drums; and former Tonight Show, Horace Silver and Oscar Peterson collaborator, Ralph Moore on tenor saxophone.

Further details regarding the 34th annual TD Vancouver International Jazz Festival will be released by series. Full details, including free programming, will be available by May 1, 2019.