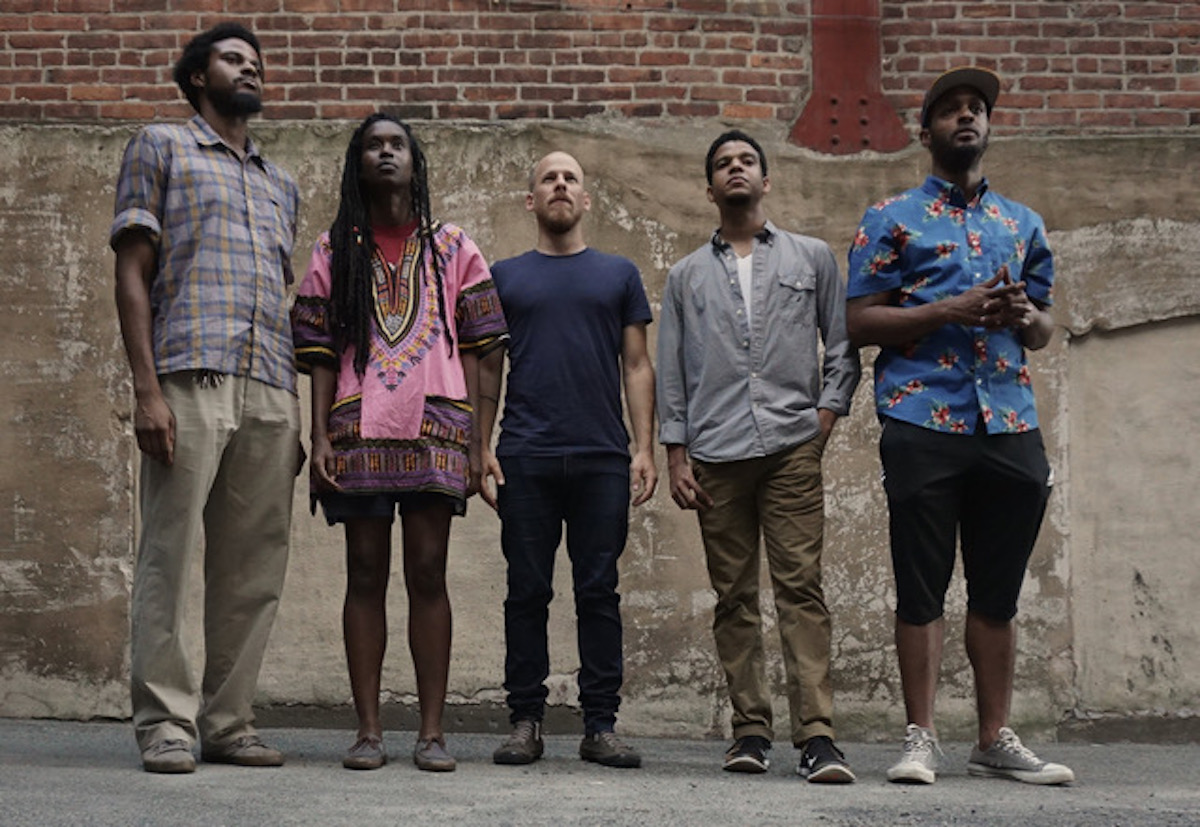 Passes and Tickets on Sale Friday, April 19 at 10:00am at www.coastaljazz.ca

A limited amount of 3-show passes for performances taking place at Ironworks and Ironworks Late Night (235 Alexander Street) are available only by phone at 604.872.5200 ext.5 or 1.888.438.5200. This 3-show pass is priced at $54. Individual tickets will be available online at www.coastaljazz.ca.

Before relocating to Vancouver in 2017, violinist/violist Joshua Zubot was a fixture in Montréal’s vibrant music community for over a decade, working with Patrick Watson, Sam Shalabi, Ratchet Orchestra, and The Barr Brothers. He’s now made himself at home in the genre-defying West Coast improv scene, where his omnivorous, idiosyncratic talent alights on jazz, classical, bluegrass, folk, musique actuelle, and the avant-garde’s back-40. His Strings project harnesses conviction, emotion, and power with Meredith Bates on violin, Jesse Zubot on violin/viola, Peggy Lee on cello, and James Meger on bass.

Ikue Mori is “one of the most singular musicians in modern music history” (Chicago Reader). Moving from Tokyo to New York in 1977, she co-founded the seminal no-wave band DNA, and through her pioneering and masterful work in laptop and electronics improvisation, Mori has consistently pushed the envelope. Her collaborators have included John Zorn, Susie Ibarra, and Fred Frith. Jim Black (AlasNoAxis, Tim Berne) is one of the rare musicians who influence so many others that a term like “post-Jim Black” can be a useful descriptor for emerging drummers. A singular expressionist, Black strikes “an elusive truce between bombast and finesse” in his far-ranging, kinetic, and conceptual playing.

Called “the most visceral and distinctive alto saxophonist of this era” by The New York Times, Darius Jones’ incisive work “poses big questions about the relationship between the African-American tradition of spirituals, blues and gospel, and now” (The Wire). Pianist Angelica Sanchez “likes building structures and breaking free of them” (New York Times). Eschewing decoration, Sanchez focuses on meaningful gestures, “acutely aware of the implications of a phrase” (NYC Jazz Record). Equally artful in melody and madness, cellist Peggy Lee has “an ability to make music that is simultaneously adventurous and warm” (The Georgia Straight). Multi-dimensional drummer Dylan van der Schyff “has a gentle touch and a malleable way with time” (JazzTimes).

Embracing risk, fostering trust, renouncing easy convention, and letting fly with fire and feel: these are the hallmarks of the most vital free jazz. The phenomenal trio of renowned master improvisers/composers/leaders Gerald Cleaver on drums, William Parker on bass, and pianist Craig Taborn “move with a fearlessness borne from seasoned virtuosity and uncompromised vision” (DownBeat). From blue(s)-tinged abstractions, to luminescent melodies and almost-orchestral chordal texturing, to rhythmic explorations that range from pointillist to pulsing, Farmers by Nature always retain a compelling narrative arc.

“Irreversible Entanglements wakes the frozen body to move, the dead mind to react, and the mute mouth to scream resistance” (NPR). Driven by poet Camae Ayewa’s (aka Moor Mother) searing narrations of Black trauma, survival and power, Irreversible Entanglements brings first-wave free jazz’s tradition of resistance acutely into the present. As creative and adventurous as any contemporary avant-garde jazz, Irreversible Entanglements offers listeners no abstractions to hide behind. This is music that both honours and defies tradition, speaking to the present while insisting on the future. Featuring saxophonist Keir Neuringer, bassist Luke Stewart, trumpeter Aquiles Navarro and drummer Tcheser Holmes, this is “one of the most powerful and relevant works of art you’ll encounter this year” (The Quietus).

“Fly or Die” trumpeter Jaimie Branch “wrings poignant, melodic order from turbulent chaos before inevitably decaying into turmoil again,” (JazzTimes). In this first-time meeting of next wave improvisers from both sides of the Canada/U.S. border, Branch is joined by Chicago stalwarts and Irreversible Entanglements members Luke Stewart on bass, Tcheser Holmes on drums, and two of Vancouver’s most empathic and engaging players: Tommy Babin (Haram, Benzene) on bass, and Kids’ Table Quartet tenor saxophonist Jeremy Page.

Further details regarding the 34th annual TD Vancouver International Jazz Festival will be released by series. Full details, including free programming, will be available by May 1, 2019.

Founded in 1985 and incorporated in 1986, the Coastal Jazz & Blues Society is a community-based, not-for-profit, charitable arts organization that has worked diligently to establish Vancouver as a centre for the creation and exchange of sounds and ideas between local, national, and international music communities. The Society’s mission is to not only increase the appreciation of the music, but to strengthen the arts community by developing special projects, artistic exchanges, partnerships, educational initiatives, community programs, and collaborations that further the art form. Ranked as British Columbia’s largest not-for-profit music presenter, The Coastal Jazz & Blues Society produces the annual TD Vancouver International Jazz Festival, Bright Moments series and year-round concerts, and has a long-standing commitment to music education with the TD Creative Beat Camp exclusively for youth, the Sounds of Youth performance stage, workshops, children’s music programs, and more. The Society is proud to be a significant part of Vancouver’s and B.C.’s economic engine and tourism industry, attracting over half a million people to its annual festival and generating over $43 million in economic activity. www.coastaljazz.ca