Tickets on Sale Friday, February 22 at 10am www.coastaljazz.ca

Coastal Jazz & Blues Society is thrilled to announce one of the headliners for the 34th annual TD Vancouver International Jazz Festival, taking place this summer from June 21 to July 1 at multiple venues across the city.

Announced today, The Roots will perform at the Queen Elizabeth Theatre on Friday, June 28 at 8:00pm. Presale tickets for Festival donors will be available from February 19 to 21 at 10am, and tickets for the general public go on sale Friday, February 22 at 10am at www.coastaljazz.ca. Ticket prices start at $79. 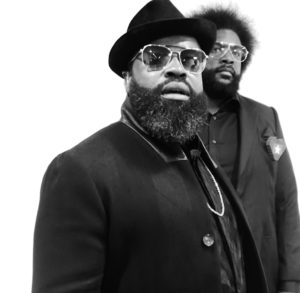 Legendary GRAMMY award-winning crew The Roots are one of the best-known and most respected hip-hop acts in the business. Prolific and progressive, they were named one of the greatest live bands around by Rolling Stone and serve as the official house band on The Tonight Show Starring Jimmy Fallon. Forsaking usual hip-hop protocol, they are endlessly creative, whether with their own material or through numerous collaborations. The Roots Picnic, a yearly star-studded mix of musicians, has become a celebrated institution, and most recently, they are working on animated live-action and animated children’s series in partnership with Amazon. They’ve gone platinum, they’ve gone gold, and they bring the house down every time.

Further details regarding the 2019 TD Vancouver International Jazz Festival will be made available soon.

About Coastal Jazz & Blues Society: Founded in 1985 and incorporated in 1986, the Coastal Jazz & Blues Society is a community-based, not-for-profit, charitable arts organization that has worked diligently to establish Vancouver as a centre for the creation and exchange of sounds and ideas between local, national, and international music communities. The Society’s mission is to not only increase the appreciation of the music, but to strengthen the arts community by developing special projects, artistic exchanges, partnerships, educational initiatives, community programs, and collaborations that further the art form. Ranked as British Columbia’s largest not-for-profit music presenter, The Coastal Jazz & Blues Society produces the annual TD Vancouver International Jazz Festival, Bright Moments series and year-round concerts, and has a long-standing commitment to music education with the TD Creative Beat Camp exclusively for youth, the Sounds of Youth performance stage, workshops, children’s music programs, and more. The Society is proud to be a significant part of Vancouver’s and B.C.’s economic engine and tourism industry, attracting over half a million people to its annual festival and generating over $43 million in economic activity. www.coastaljazz.ca